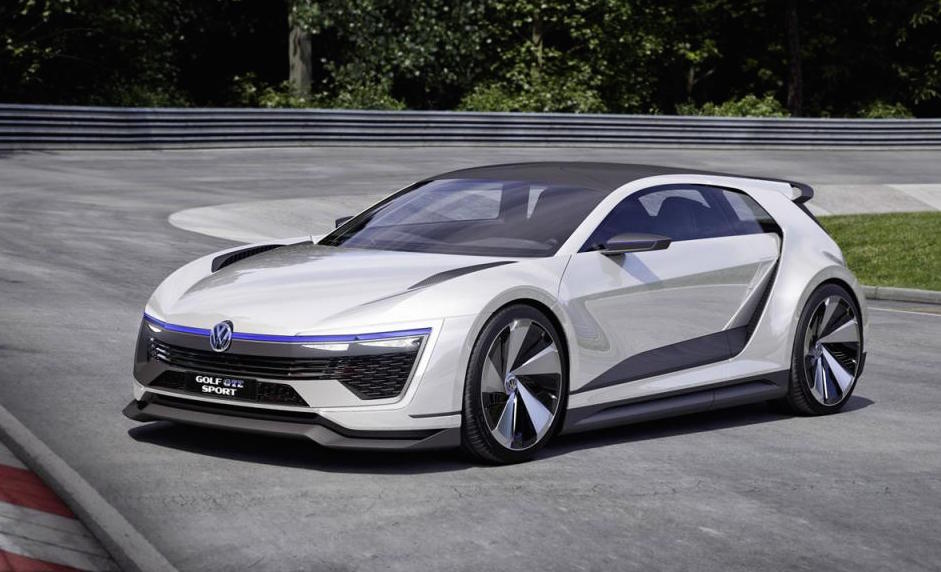 It wouldn’t be a GTI meet without a very special unveiling. Volkswagen has revealed Volkswagen Golf GTE Sport Concept at the GTI meet in Wörthersee, Austria. 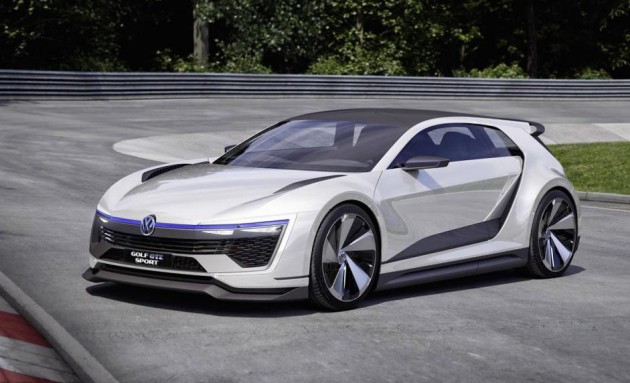 Don’t be fooled into thinking this is just some francy-dress wearing Golf either, the GTE Sport has a body constructed from carbon fiber, and is a zero emissions vehicle than can hit 280km/h.

The GTE is powered by three motors; a 1.6-litre TSI nicked from the Polo R WRC, combined with two separate electric motors at each axle. The end result is a combined output of 295kW and 670Nm. It can drive on electric power alone for a range of 50km.

What’s even more impressive is the fact that depending which mode you choose, the GTE Sport will take you from 0-100km/h in just 4.3 seconds, while offering an average economy of just 2.0L/100km.

Volkswagen has gone the extra mile when it comes to the interior, with the driver and passenger separated by a large carbon console, with futuristic bucket seats and five-point race harnesses. There is an all-new electronic display too, and the buttons for the dynamic driving modes are on the roof to mimic a jet plane’s cockpit. 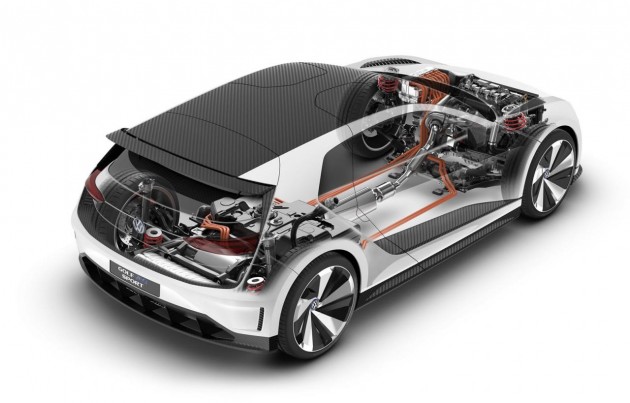