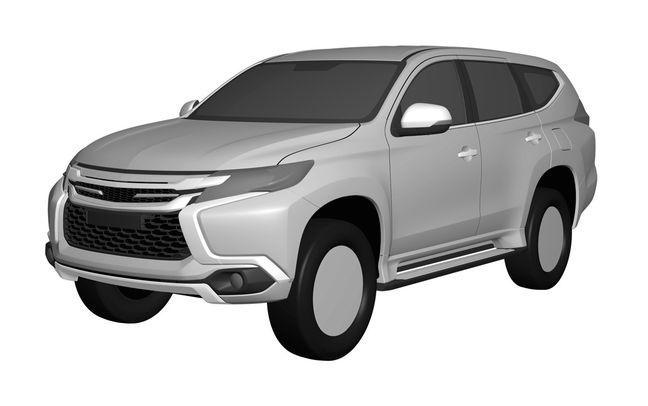 Some patent images of the next-gen 2016 Mitsubishi Challenger have surfaced online, showing the new-look front end and various body details. 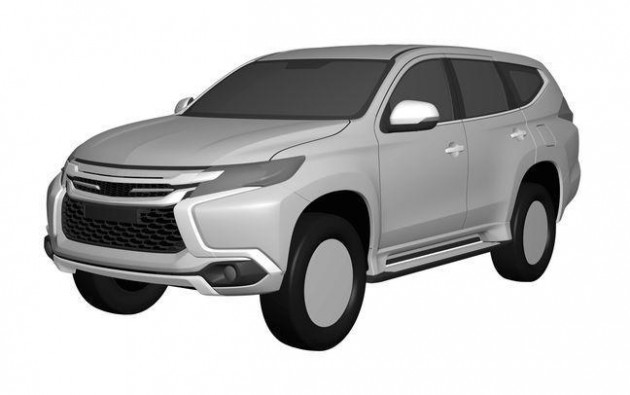 The images are apparently official as part of Mitsubishi’s application to patent the design. At the front it’s easy to see the relationship with the new Outlander, incorporating the ‘Dynamic Shield’ grille layout.

It looks like there will be new headlights using a slimmer design too, a modern EV-like chrome grille, and a large lower intake. There’s also some little fog lights in their own clusters in the corners.

Around at the back there’s a clear relationship with the Outlander as well, with vertical taillights, a chrome central bar headlining the number plate area, and rear wheel arches that form into the rear face.

As for the mechanical stuff, Mitsubishi is expected to use its new 2.4-litre turbo-diesel four-cylinder engine that debuted in the new Triton. In the Triton the unit develops 133kW of power at 3500rpm, and 430Nm of torque for the automatic and 400Nm for the manual.

Like the current Challenger, the new model is likely to boast incredible off-road ability. Expect locking differentials again, a high ground clearance as seen in these images, and heavy-duty underbody components and protection.

In terms of market entry, we haven’t heard anything official but it is likely to debut before the end of the year. Mitsubishi might reveal it first as a concept and then revise it slightly for production. 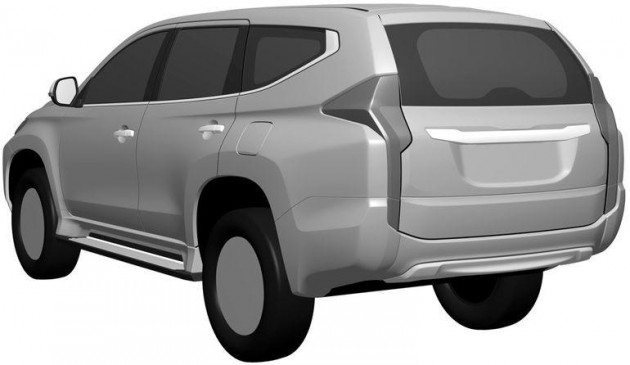