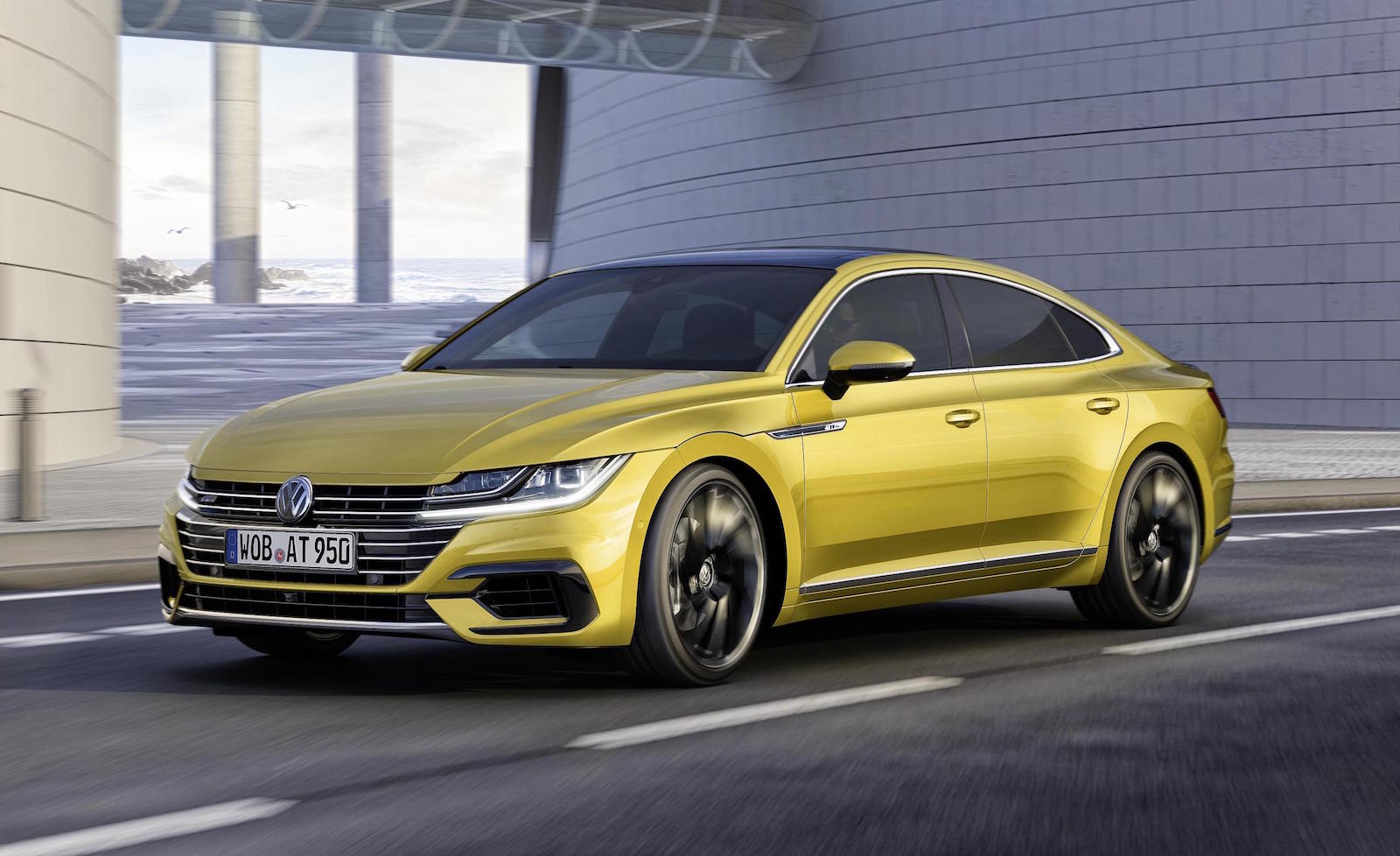 Following a bunch of teaser images, Volkswagen has unveiled the new Passat CC, called the Arteon, in the lead up to its Geneva motor show debut this week. 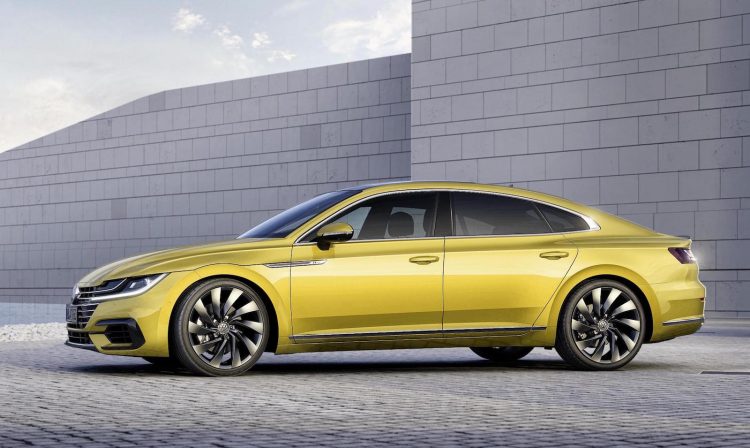 The Arteon is a five-door coupe-style model to slot in above the Passat. It offers seating for five passengers, unlike the previous Passat CC models that used a four-seat only layout.

As with previous generations, the Arteon steps away from the Passat’s core design and uses a bespoke set of body panels and trimming details. There are standard LED headlights at the front which lead to a unique grille and lower front end.

The body also gets a more defined belt line and upper contour that thickens for the rear wheel arches. At the rear the roofline swoops down elegantly for that coupe finish, with a short boot lid area and extending lip spoiler completing the sportiness. 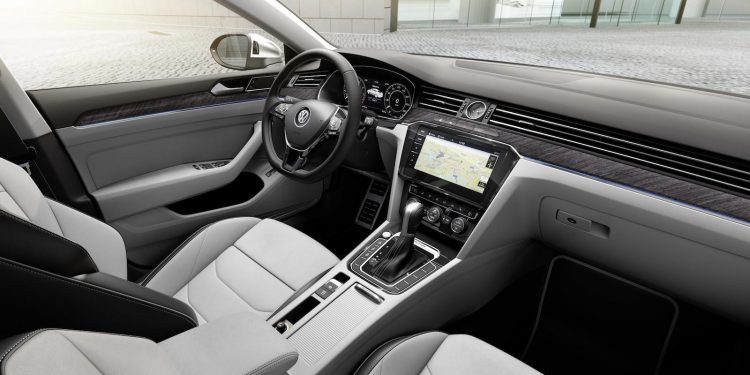 Described as a “gran turismo”, the Arteon accommodates five passengers in an “avant-garde” yet sporty interior atmosphere. There’s also “generous space”, according to the company, with a 563-litre cargo area that’s expandable to 1557 litres with the rear seats folded. Buyers will also have the option of the sportier R-Line package.

Under the bonnet, Volkswagen will be offering – at least in Europe – six engine options (three diesel, three petrol) with power outputs ranging from 110kW up to 206kW. Both front- and all-wheel drive options will be on hand, although specific market region details haven’t been confirmed. 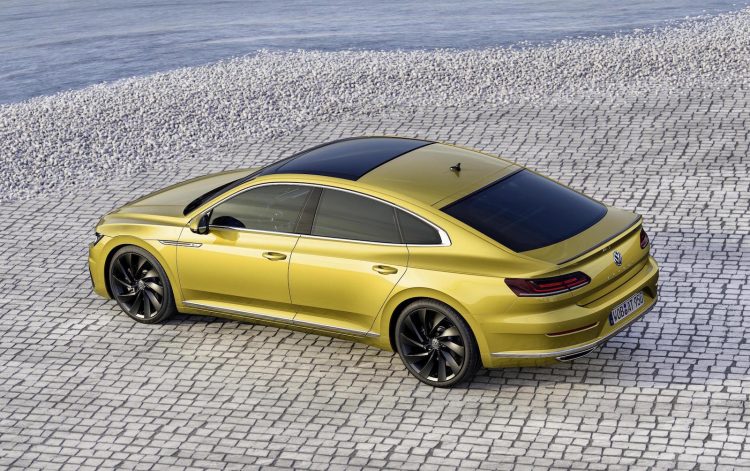 The Arteon will again, like its predecessors, showcase a number of advanced technologies from VW. Some include a new 9.2-inch glass touch-screen with gesture control, an advanced adaptive cruise control system that’s capable of adjusting to speed limits automatically, and a clever emergency assist feature that is capable of slowing the car down automatically and even merging into slowing lanes when safe if the driver is otherwise out of action.

Volkswagen will launch the new model in Europe mid this year, with the Australian market to follow during the third quarter.