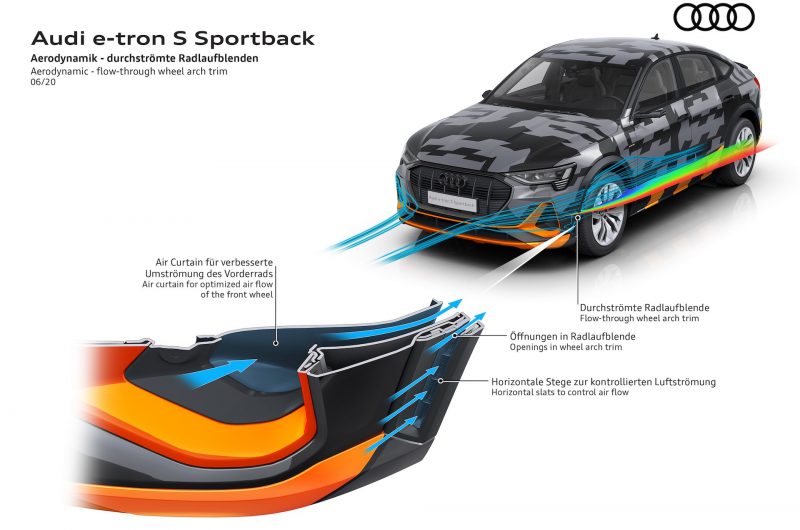 The all-new Audi e-tron and e-tron Sportback may have just arrived in Australia, however, Audi engineers are already working on performance S versions of the electric SUVs. Some details have been released this week and a spy video has surfaced showing prototype development at the Nurburgring. 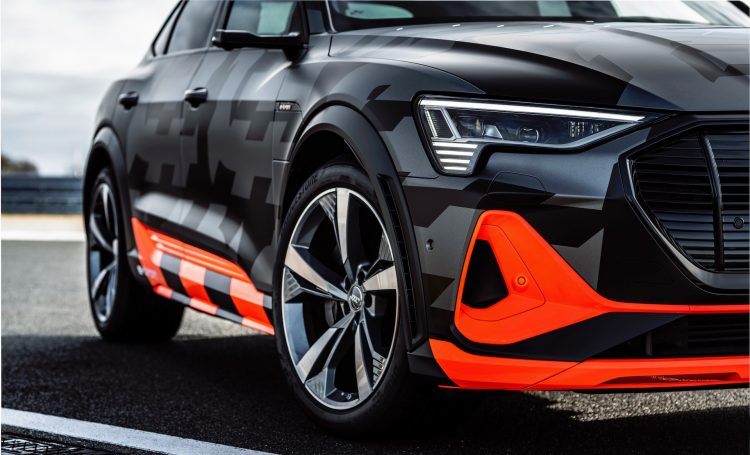 Firstly, we’ll start off with the official Audi news. The company confirms the e-tron S and e-tron S Sportback are on the way. These will be sporty versions of the e-tron and e-tron Sportback, featuring bespoke performance and aerodynamic enhancements to improve efficiency and driving dynamics. Think of them as like the future of Audi’s S model range, extending on the philosophy applied to traditional models like the SQ5 and S6 and so on.

Some diagrams have been sent out showing details of a new front bumper bar and intake system, with special air curtains in the front corners designed to channel airflow and control disruptive swirl within the wheel houses. The intakes are 23mm wider than those on the regular e-tron models. 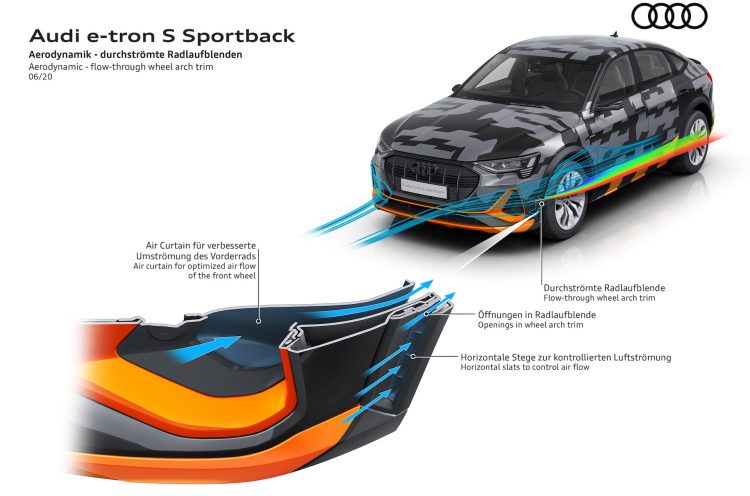 From there, airflow is directed smoothly around the front wheels and along the side flanks. Even the 20-inch wheels have been redesigned to optimise flow, along with the tyre tread pattern and the sidewalls. As a result, Audi says there is a “cleaner” flow of air and reduced flow losses.

Audi also confirms the S models will come with virtual side mirrors instead of conventional and bulky traditional mirrors, just like the regular e-tron. Essentially, a set of cameras are positioned where mirrors usually sit, feeding images to a high-res OLED display in between the door and instrument cluster.

Not only do they look cool and give the body a cleaner appearance, they also help to optimise aero efficiency. In fact, according to the WLTP test cycle, the mirrors and the special intakes help to increase the driving range by about 3km. They also help to provide a drag coefficient of just 0.26 for the e-tron S Sportback, and 0.28 for the regular e-tron S SUV. 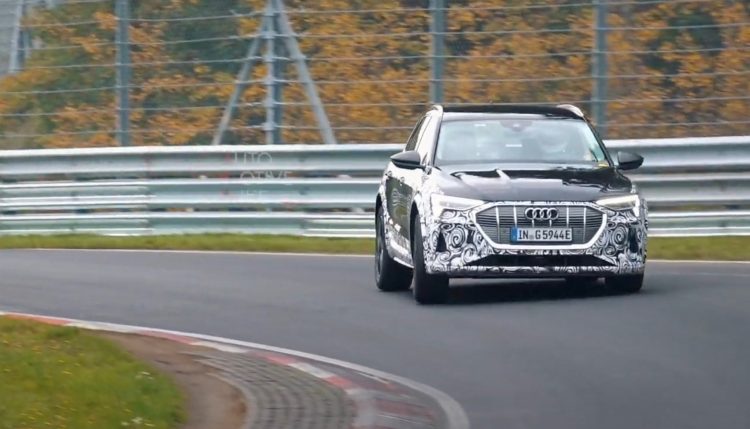 As for the powertrain, Audi confirms the S models will come with three electric motors, including two for the rear axle. Combined, these produce an impressive 370kW and up to 973Nm during boost (up from 300kW/664Nm in the regular e-tron). Acceleration from 0-100km/h is claimed in just 4.5 seconds, down from 5.7 seconds in the regular e-tron 55.

It looks like Audi engineers are testing at least three prototypes out on the Nurburgring, with a recent spy video showing three different registration plates. They look quick, especially pulling away from corners. Electric motors are renowned for offering instant power and torque. This will tie in nicely with Audi’s S vehicle philosophy. Click play below to see how they go.