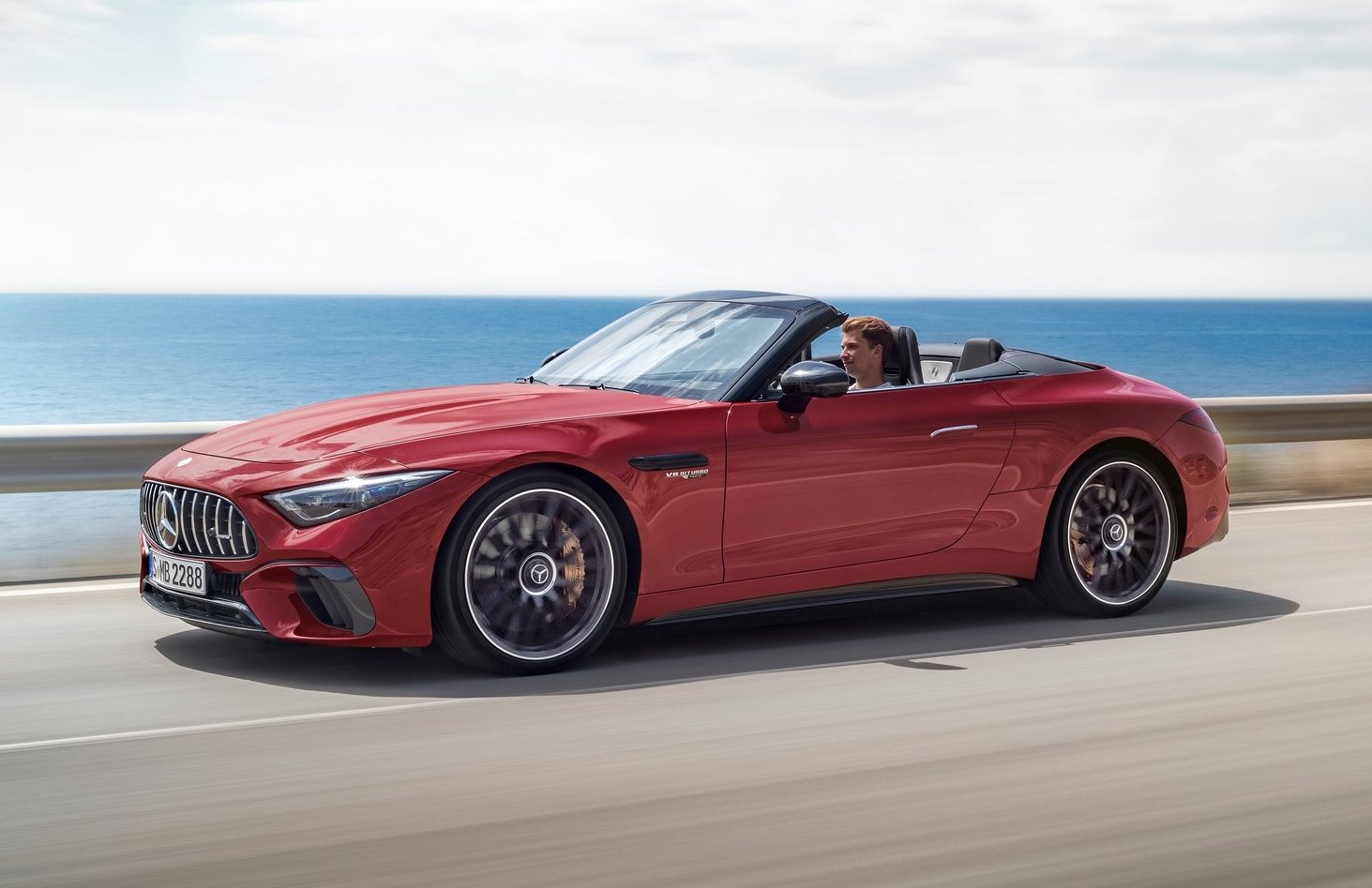 The 2022 Mercedes-AMG SL has been unveiled, coming in as an AMG-only model with two different V8 options initially and standard all-wheel drive. 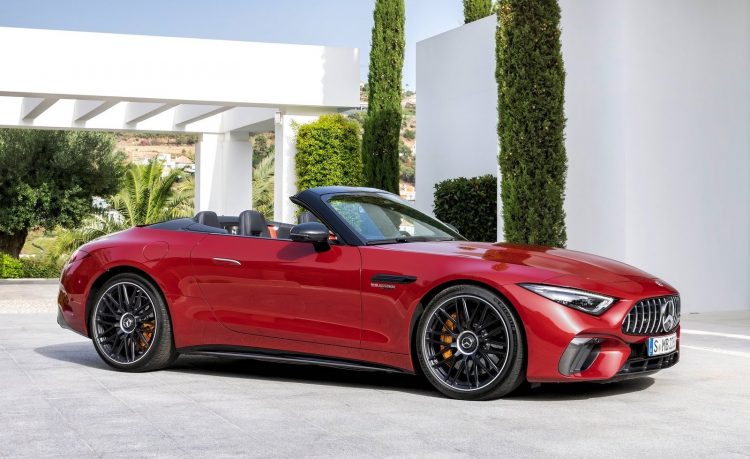 Mercedes says it is returning to its roots with the new model, bringing back the “classic soft top and sporty character” of its past SL models. Even the exterior design is inspired by iconic models of the past, with the front grille featuring 14 slats just like the 300 SL racing car from 1952. You have to admit, the whole car does look absolutely gorgeous.

The new model offers 2+2 seating inside, based on a fresh platform developed by AMG. It’s made with lightweight composite aluminium, with a space frame, offering of blend of maximum rigidity, comfort, packaging, and sporty proportions. Mercedes says not a single component comes from the predecessor or any other model, including the AMG GT Roadster. 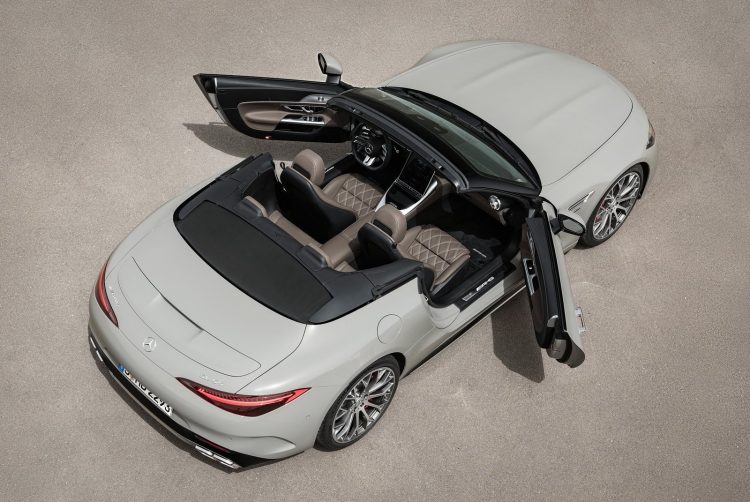 Replacing the old metal-folding roof is an electric soft-top roof. It’s 21kg lighter in comparison, helping with that low centre of gravity, featuring a new Z-fold mechanism which helps with storage and packaging. It takes around 15 seconds to lower or raise, and it can be operated at speeds up to 60km/h.

As for the power options, AMG is offering two tunes of its 4.0-litre twin-turbo V8, at least initially. An AMG E Performance hybrid option has been confirmed for “a later date”. This could comprise of either the new hybrid V8 with a whopping 600kW, or the new 2.0 turbo hybrid – destined for the next-gen C 63 – with 480kW. 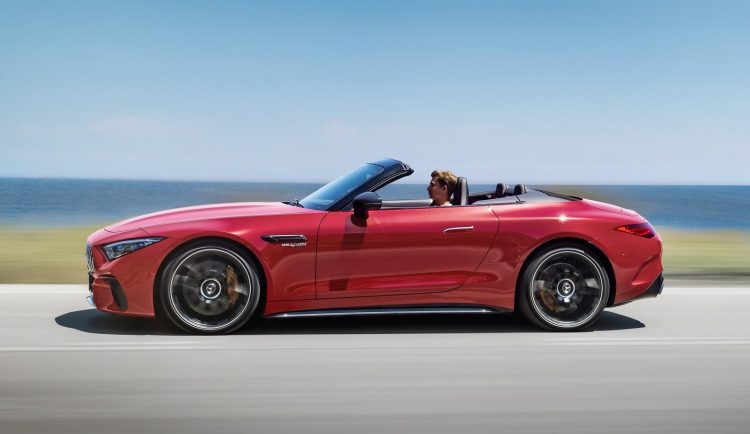 Both variants use 4MATIC+ all-wheel drive, and feature a nine-speed MCT multi-clutch transmission. Mercedes says it has removed the torque convertor for take-offs, instead incorporating a wet-type clutch system to reduce weight while also providing optimised response and power efficiency. 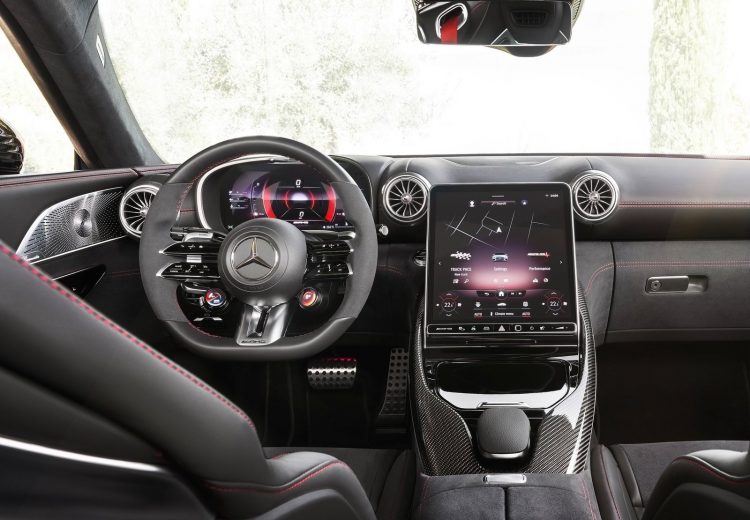 Handling is sure to be exhilarating but also versatile thanks to AMG Active Ride Control suspension, with semi-active anti-roll stabilisation, anti-dive control, and adjustable dampers. Double aluminium wishbones are used front and rear, with coil springs. The electromechanical speed-sensitive steering also offers a variable gear ratio and variable power assistance, so it should be practical when needed but agile and interactive when the time calls.

“The new SL combines the sporty genes of the original SL with the driving performance typical of AMG. At the same time, it offers luxury and comfort at the absolute top level. This combination is unique in the sports car segment and is also reflected in the interior – where the highest levels of comfort and quality meet the right helping of sportiness.”

Market entry for the 2022 SL is set to commence soon, with Australian details yet to be confirmed. See below for the key specs:

[1] Technical data on power, torque, mileage, fuel consumption and emissions in this publication are provisional and have been determined internally in accordance with the applicable certification method. Confirmed TÜV figures, EC type approval and certificate of conformity with official figures are not yet available. Differences between the stated figures and the official figures are possible.