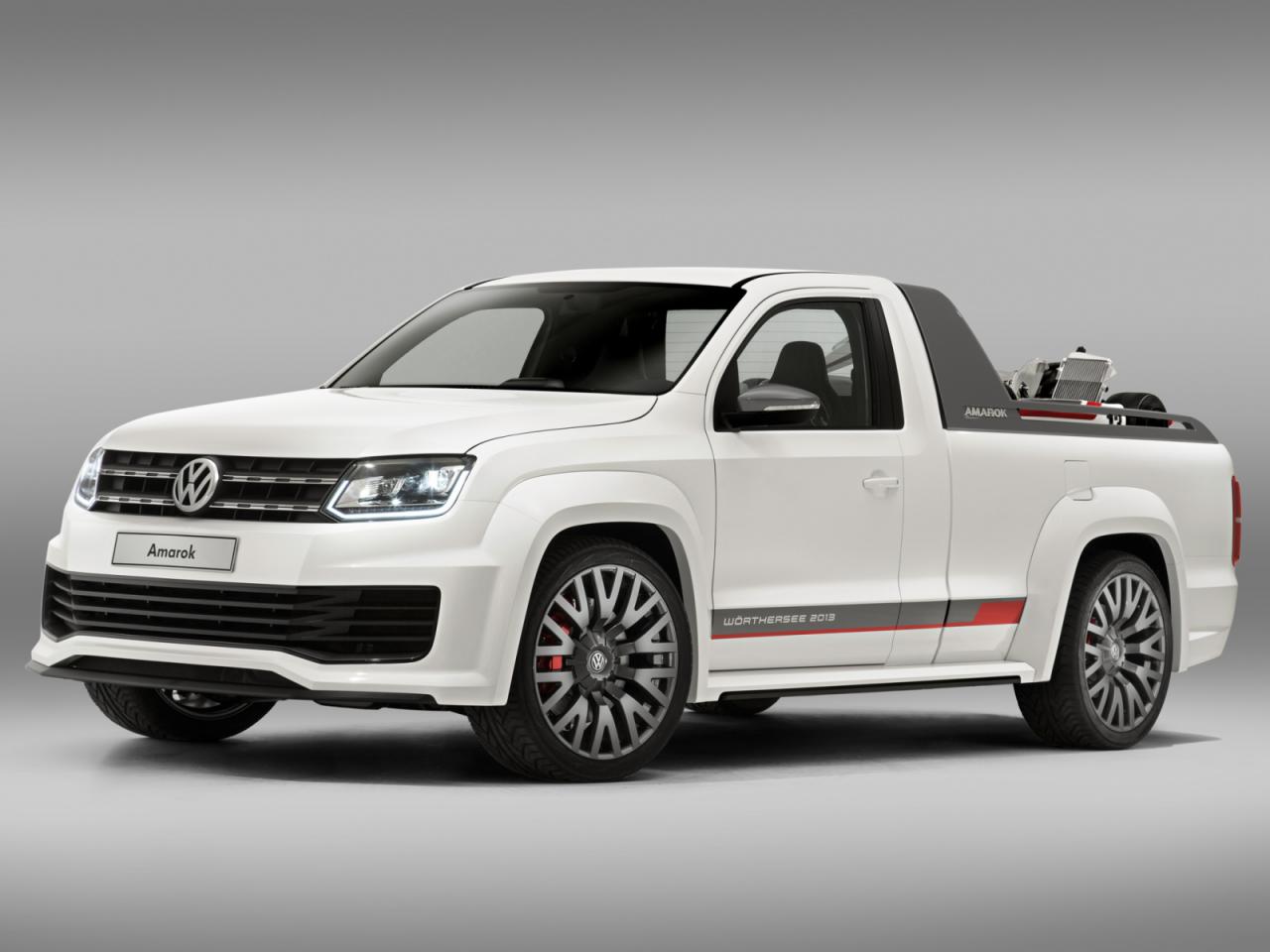 Official images of the awesome Volkswagen Amarok R-Style concept ute have been revealed, just ahead of its 2013 Worthersee festival debut in Austria. 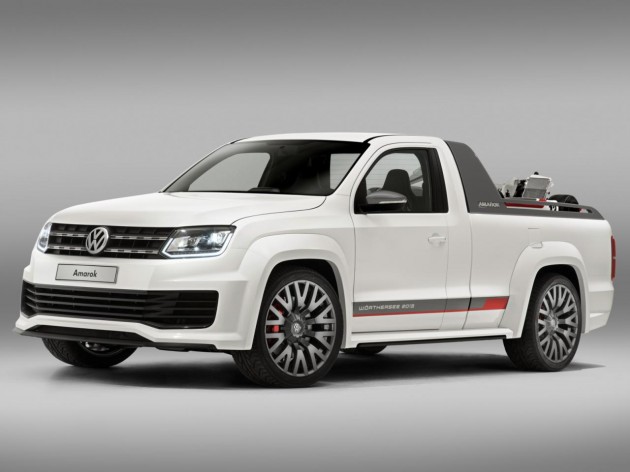 As previewed yesterday, the R-Style showcases a cool performance theme. There’s muscly pumped wheel arches which widen the Amarok by 60mm. There’s also chunkier front and rear bumper bars that extended further towards the ground for a lower stance, as well as a number of carbon fibre highlights for that contrasting white and black theme. 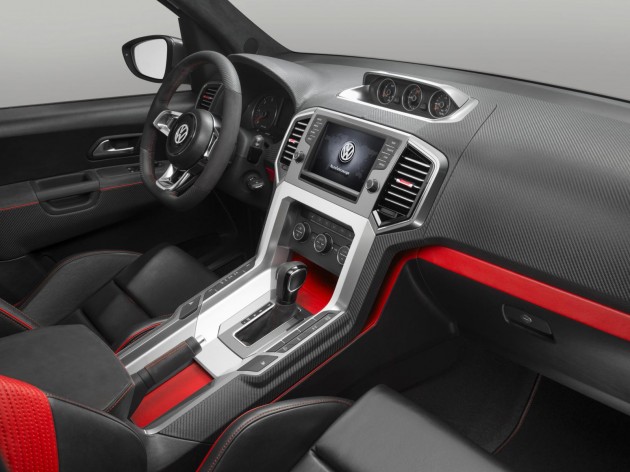 In fitting in with Volkswagen’s ‘R’ character, the R-Style comes with a spruced up interior with bucket seats, splashes of red on various trimmings and lots of carbon fibre.

It also comes with 22-inch alloy wheels and an eight-inch multimedia interface with a kicking stereo and sub-wooofer.

Volkswagen is yet to provide an official comment on the concept, especially in regards to a possible production version. We’ll keep this report updated as soon as we hear more.