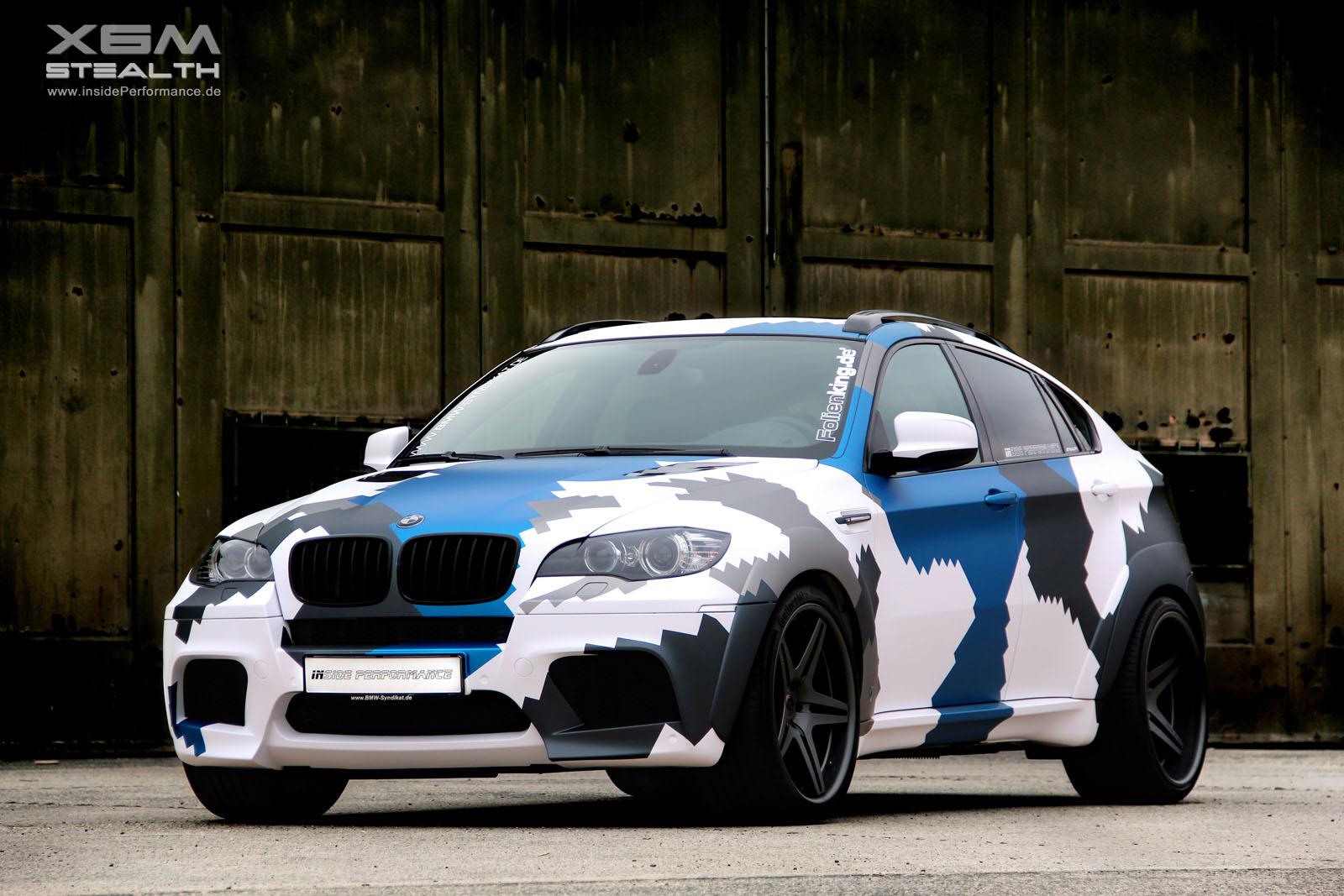 Looking anything but stealthy, in the true meaning of the word, Inside Performance has developed a tuning package for the already-compelling BMW X6 M called the Stealth. 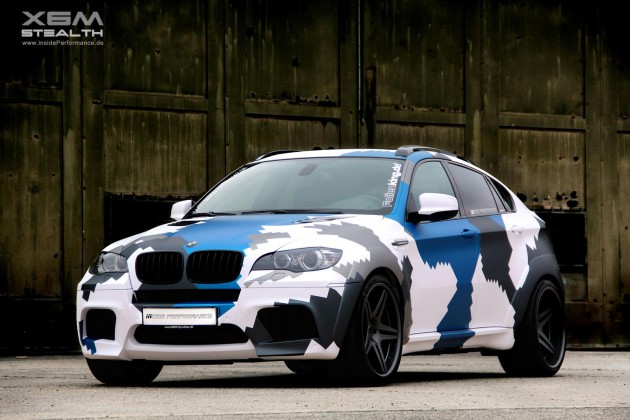 Starting with the standard 4.4-litre twin-turbo V8 engine, which develops 408kW and 680Nm, Inside Performance has come up with an engine computer retune to optimise fuel and air flow. Paired with a stainless steel sports exhaust system, the beast now produces 515kW and 850Nm.

If that’s not enough to get the adrenalin going, we don’t know what is. The standard version is able to cover 0-100km/h in just 4.7 seconds, which means this tuning package could bring times down well into the 3.0-seconds bracket. 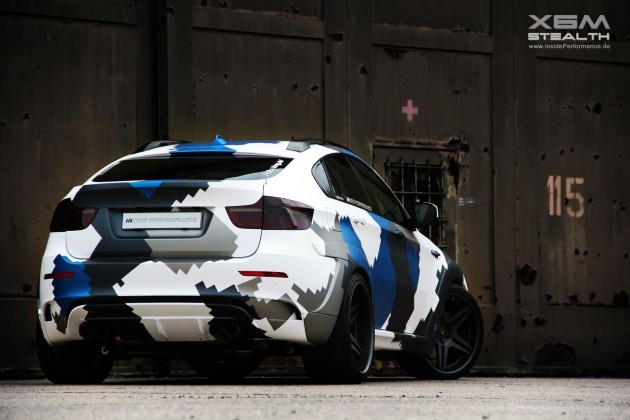 In case you missed the regular X6 M styling cues, the Stealth package comes with a few revisions to make it really stand out. This includes an AC Schnitzer wide-body bodykit and an army-style camouflage wrap over the entire body.

To top it off there’s a set of 22-inch Vorsteiner alloy wheels, and a comprehensive KW coilover suspension upgrade to improve handling and to give the SUV a meaner stance.

Despite the camouflage wrap, the Stealth package certainly stands out as something different. Could you imagine the fun that could be had in it on a wet grass field?