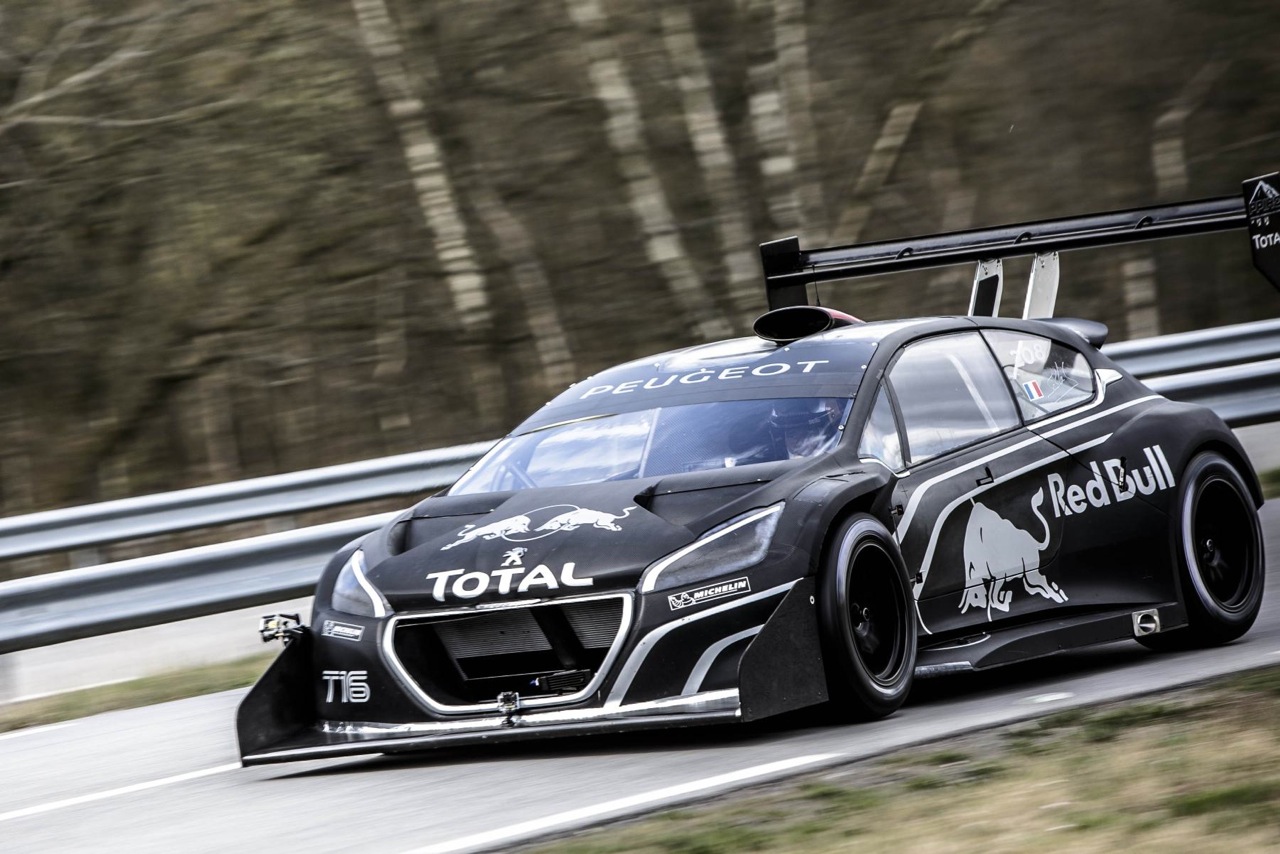 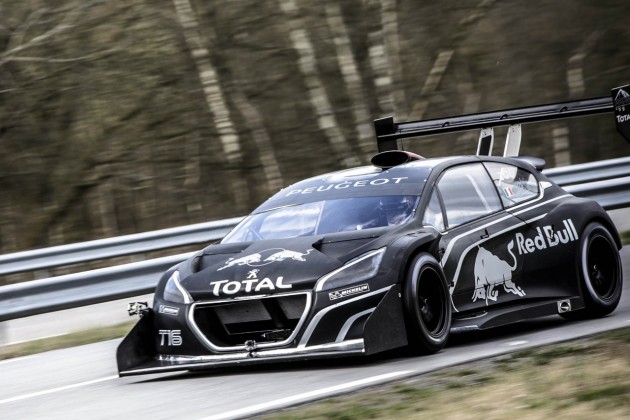 For a WRC number one driver to say a car goes like a rocket, it must be extremely quick indeed. Loeb recently made a special visit to a secret testing facility in La Ferte-Vidame, in north western France, to go for an initial shakedown drive in the epic racer. Loeb said soon after his drive,

“The 208 T16 Pikes Peak is a rocket! It’s so powerful! The first time you drive it, each gear change practically stuns you. The shifts are really brutal, and it takes a little time to anticipate the sudden jarring. You get used to it, but it was quite disorienting to begin with.

“I’ve never driven anything that accelerates so fast! In the lower gears, a Formula 1 car doesn’t deliver maximum power. With the Peugeot, though, it’s bang, bang, bang as you move up the box from standstill.

“Due to its four-wheel drive transmission and turbocharged engine, its pull-away performance is phenomenal! You find yourself in sixth gear at 150mph in no time at all!” 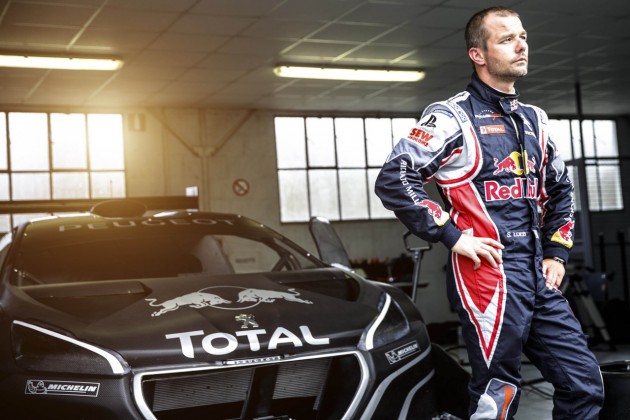 As previously reported, the 208 T16 rally special will compete in the ‘Unlimited’ class of the Pikes Peak climb, going up against the biggest and best in the industry.

“I have driven many types of car in my career, but this is very, very different. Its acceleration, performance and stopping power are more like those of a Formula 1 single-seater than a rally car. Its handling is fantastic as well; there’s so much grip, and the all-wheel drive transmission makes it very stable. It’s got huge potential.”

Click play below for a glimpse of the insane beast. It sounds as serious as it looks.