Volkswagen has unveiled a cool ‘truck’, as the Americans call it, called the Volkswagen Amarok Canyon concert at the 2012 Geneva Motor Show currently underway. 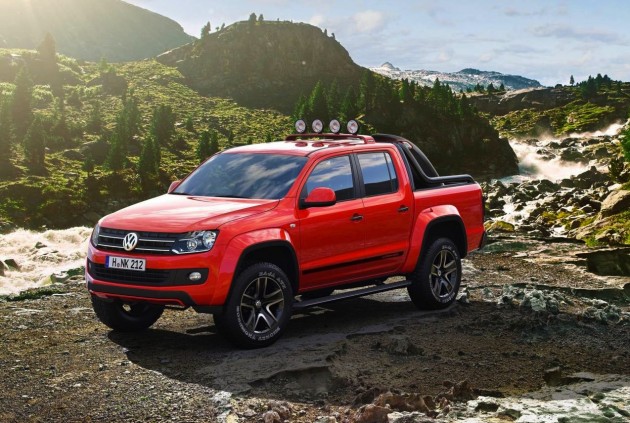 Based on the normal dual cab Volkswagen Amarok, the Canyon concept features a number of off-road rough and ready revisions, suitable for weekend kayaking trips… down in canyons. Special features include two carbon fibre kayaks mounted in the tray, a roll-hoop, and a quartet of spot lights above.

To give the Volkswagen Amarok Canyon concept a distinguishing look, the exterior is painted in a deep Baladi Orange, with matching seat belts and stitching inside. Passengers are also able to check out various angles and climbing details on the in-car telemetry gauges. 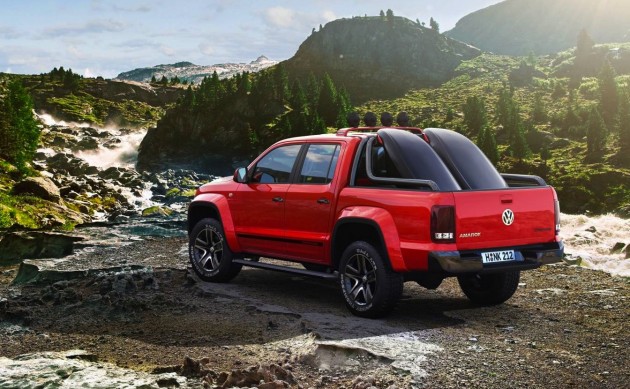 Mechanically, the Volkswagen Amarok Canyon concept is raised by 40mm over the conventional Amarok dual cab 4×4, with the help of a body lift kit, and comes with chunkier off-road tyres, adding 85mm to the overall height of the vehicle.

Power comes from a 2.0-litre TDI turbo-diesel four-cylinder engine producing 132kW of power and 400Nm of torque. It’s matched up to a 4MOTION all-wheel drive system, with a rear different lock selectable at the flick of a switch inside the cabin.

According to international reports, Volkswagen is thinking of introducing a similar production version for the market towards the end of this year.