Audi has taken a third straight outright win at the famous 2012 24 Hours of Le Mans (or ’24 heures du Mans’ to locals) and did it style, filling all three spots on the podium. 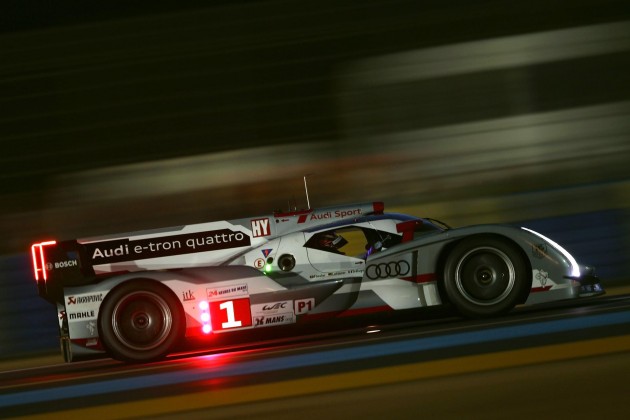 Reigning champion trio Marcel Fässler (Switzerland), André Lotterer (Germany) and Benoît Tréluyer (France) of the Audi Sport Team Joest made it back-to-back wins. But this time they won it with hybrid power, the first in Le Mans history. 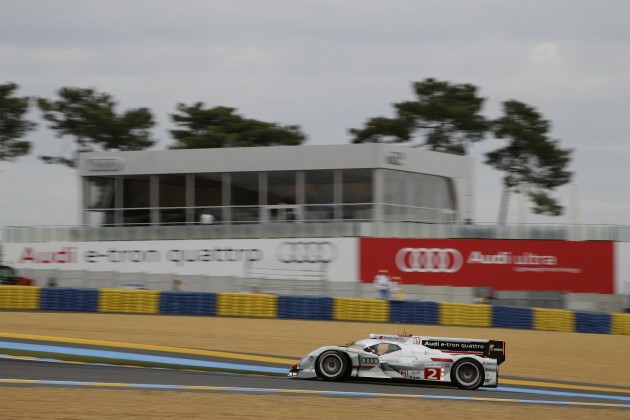 The number 3 Audi and Team Joest’s only non-hybrid car finished fifth despite French driver Romain Dumas crashing into the wall at the first chicane just four and a half hours in while trying to pass GTE Am class driver Seth Neiman in the number 79. The team managed to repair the car and in the end they were 12 laps behind. 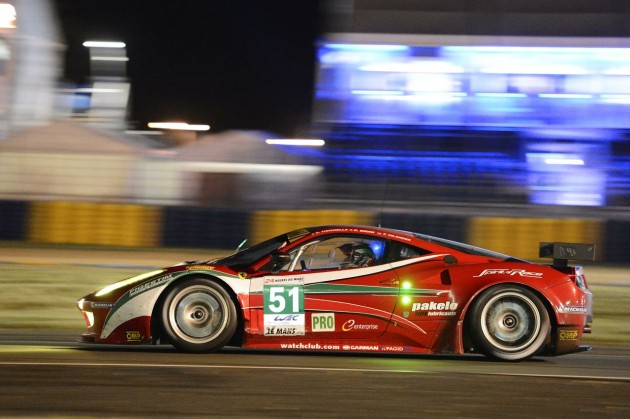 As you can see in the video below, Motoyama did his best to get the radically designed Delta Wing back up and running but to no success.

The biggest crash of the race was of Toyota driver Anthony Davidson and Ferrari 458 driver Piergiuseppe Perrazini. Follow this link for the video of the amazing stack in which Davidson broke his back after flipping the Toyota LMP1.