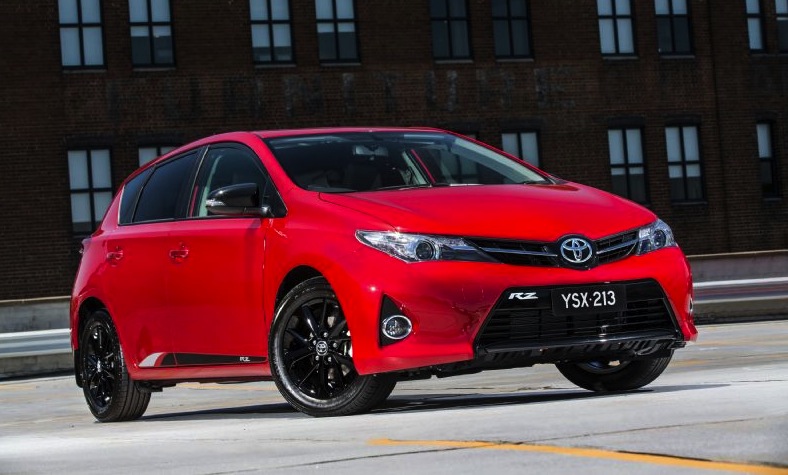 Following the release of the Toyota Camry RZ earlier this year, the local arm has now introduced a sporty Corolla RZ bringing a touch of attitude to the popular hatch. 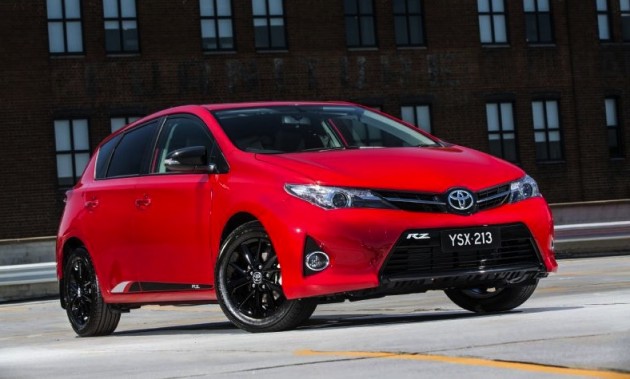 Showcasing the fashionable ‘dark’ theme, the new Corolla RZ comes with around $2000 in added extras for only $1000 above the price of the standard Ascent Sport hatch. Revisions are made to the interior and exterior to present a more sporty look and feel.

On the outside, the Corolla RZ comes with special 16-inch alloy wheels painted in gloss black for that racy look, while the front bumper bar is updated to include black mouldings and a black grille, with black side trims and black highlights at the rear to match.

Jumping inside, passengers are welcomed by a 6.1-inch touch-screen interface with satellite navigation as standard, as well as unique RZ floor mats, cruise control, Bluetooth connectivity, and a six-speaker audio system.

The package comes with the standard powertrain for the Ascent, which consists of a 1.8-litre four-cylinder engine producing 103kW of power. It’s matched up to either a six-speed manual or a S-CVT MultiDrive automatic transmission with a seven-speed sport mode.

So far this year Toyota Australia has sold 36,925 examples of the Corolla nameplate. It is on track to become the best-selling car of the year and is currently neck-and-neck with the Mazda3 (36,011). Prices for the RZ start from the following (excluding on-road costs):