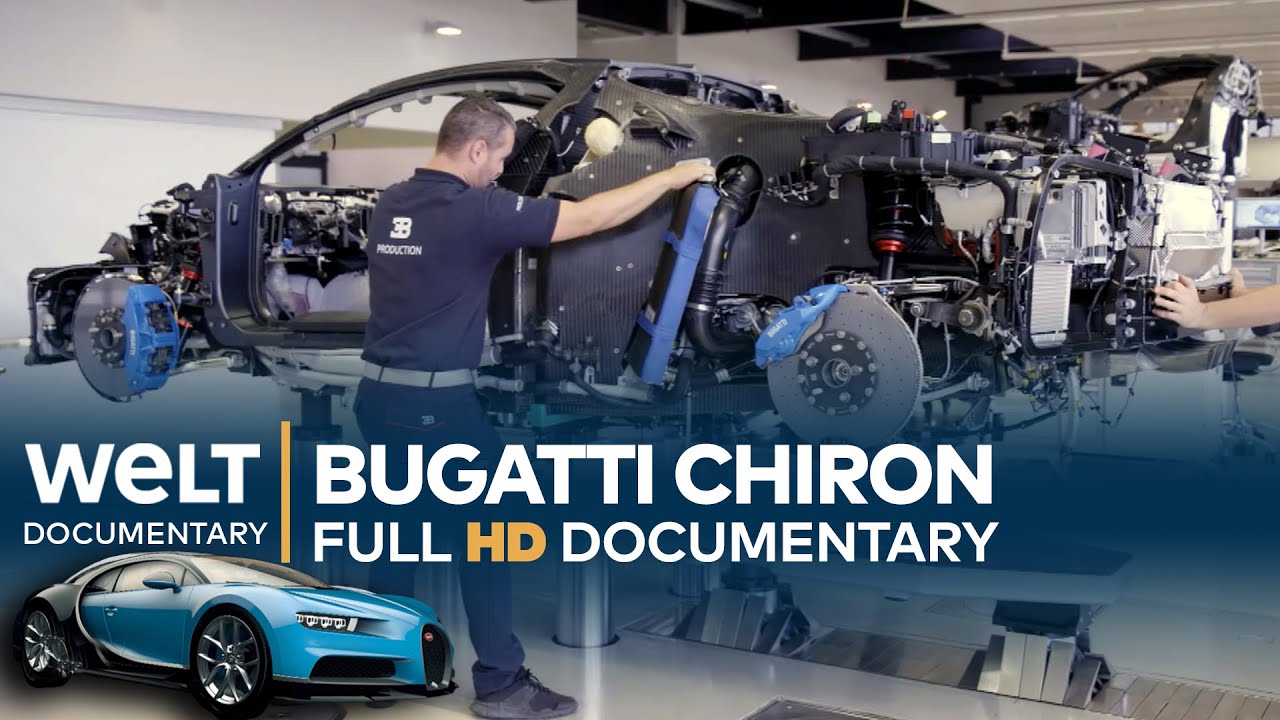 Ever wondered how Bugatti makes its vehicles? German publisher WELT Documentary has just released another one of its intriguing and in-depth documentaries, this time going over the detail involved in producing the Chiron. The 49-minute video gives us an inside look at the Bugatti factory, which is described as more of a studio than a factory. Each model is meticulously assembled with unique features and trimmings to suit the customer’s desires.

Building a production vehicle that features an 8.0-litre W16 engine that produces 1500hp is obviously no easy task. Engineers and designers are challenged with ensuring the unit is provided adequate cooling while also fitting neatly and elegantly into the stunning two-door coupe body.

Lots of carbon fibre, titanium, and magnesium is used in the construction of the Chiron to ensure optimum weight balance, as well as to provide rigidity and strength for the massive speed that car is capable of. Anyway, we won’t ruin it for you. Grab a drink and some food and enjoy the full documentary below.