Mazda is reportedly getting ready to introduce a new turbo, all-wheel drive version of the Mazda3 for 2021 model year. Could this finally be a successor to the MPS hot hatch that we’ve all been dreaming of? The news stems from a report by Jalopnik in the US. It claims that it has seen dealer documents that were provided by an “accurate source”, outlining model codes for a new hatchback and sedan variant featuring a turbo engine. Model codes apparently state there is a “MAZDA3 HB PP TURBO” on the way for 2021.

Unfortunately there are no details on what the engine will be exactly. Mazda’s new Skyactiv-X unit does feature forced induction via a supercharger, while Mazda also offers a 2.5-litre turbo for its CX-5, CX-9 and Mazda6. We don’t know if this new variant is simply using one of these engines.

The existing 2.5-litre turbo is probably the easiest conclusion to jump to. Mazda already offers a 2.5L in the 3, so adding a turbo shouldn’t require much more room under the bonnet. And as the 2.5T produces 170kW and 420Nm in its current form, that would be plenty for a nice hot hatch, Golf GTI rival, without any tuning. It’s understood that, whatever the engine is, it will be matched exclusively to an automatic transmission. The source says the codes for all turbo models are matched with a code ‘6A’, which translates to six-speed automatic. Mazda is one of the last big car brands to persist with a six-speed while most others have since moved on to a seven-, eight-, or even nine-speed auto.

The latest Mazda3 is certainly sporty enough to support a zingy turbo powerplant in terms of handling and driving dynamics. And the elegant new design would also go down well if it were to be enhanced via hot hatch trimmings.

However, all of these details are still quite hazy at this stage. There is also a chance the ‘turbo’ model could be offered in select markets only, such as the US. We’ll keep you updated, especially in regards to any official details that surface. 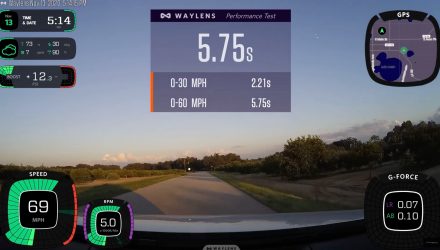