Fox Marketing creates all kinds of awesome show cars for the SEMA show in Las Vegas every year. Here we see what happens to some of the cars after the show. 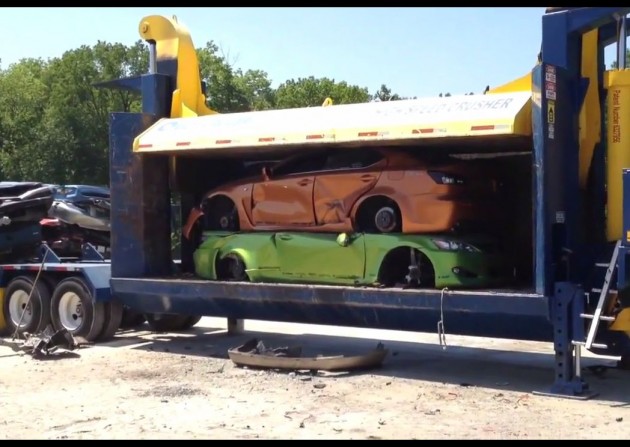 According to Brian Fox, these show cars were part of the Lexus media fleet. He says the media fleet are pre-production models, and models that often still have wrinkles that need ironing out before they hit the showroom; so they need to be crushed after their service is no longer needed.

Fox Marketing used two examples to showcase various parts and sponsors, including a Lexus IS F which was fitted with a twin-turbo kit, and a supercharged Lexus IS 350 C convertible. Fox says that some of the parts were removed from the cars before they were crushed.

Click play on the video below for more details. The almost too-painful-to-watch crushings start at around the 1:40 mark.