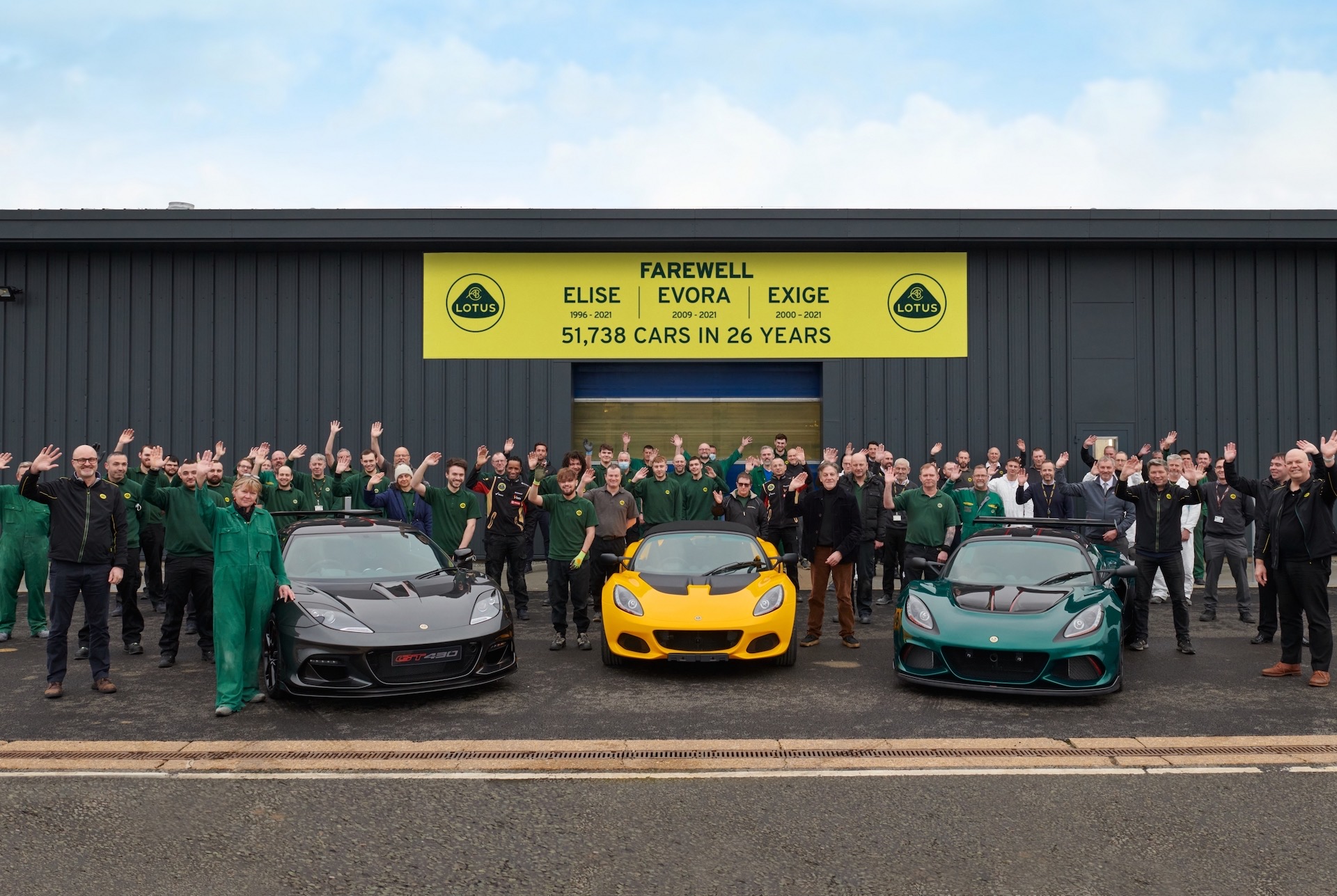 After a production run spanning nearly three decades in some cases, Lotus has confirmed that the Elise, Exige and Evora have reached the end of their lifespan as the company plans for its electric future. 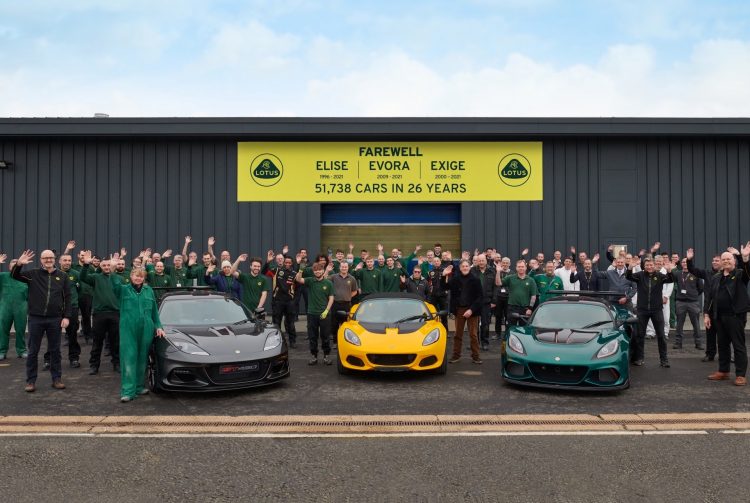 Over the past 26 years, Lotus has seen 51,738 cars roll off its production line, while another 9715 vehicles for third-party clients like General Motors and Tesla have graced the company’s Hethel factory.

Lotus is now in the process of dismantling its existing production line with an all-new line for the production of the upcoming Emira and Evija, which is set to enter full production in the European spring, or the second quarter of 2022.

Scaling up its production facilities will see an estimated 5000 units per year constructed, thanks to some new semi-automated machinery, which will accommodate the production of the Emira, Evija as well as Lotus’ first-ever SUV, the Type 132, which is set for a reveal next year.

We covered the debut of the Lotus Evija back in 2019 when Lotus revealed it would be the most powerful production car ever, thanks to a 1472kW/1700Nm output from its electric powertrain.

The company’s bread-and-butter moving into the future, though, will come in the form of the Lotus Emira, which is set to be released with Lotus’s traditional Toyota-sourced supercharged V6 producing 298kW/430Nm, with a turbocharged variant featuring a four-cylinder sourced from AMG to follow the initial release. Managing director at Lotus Cars, Matt Windle, said: