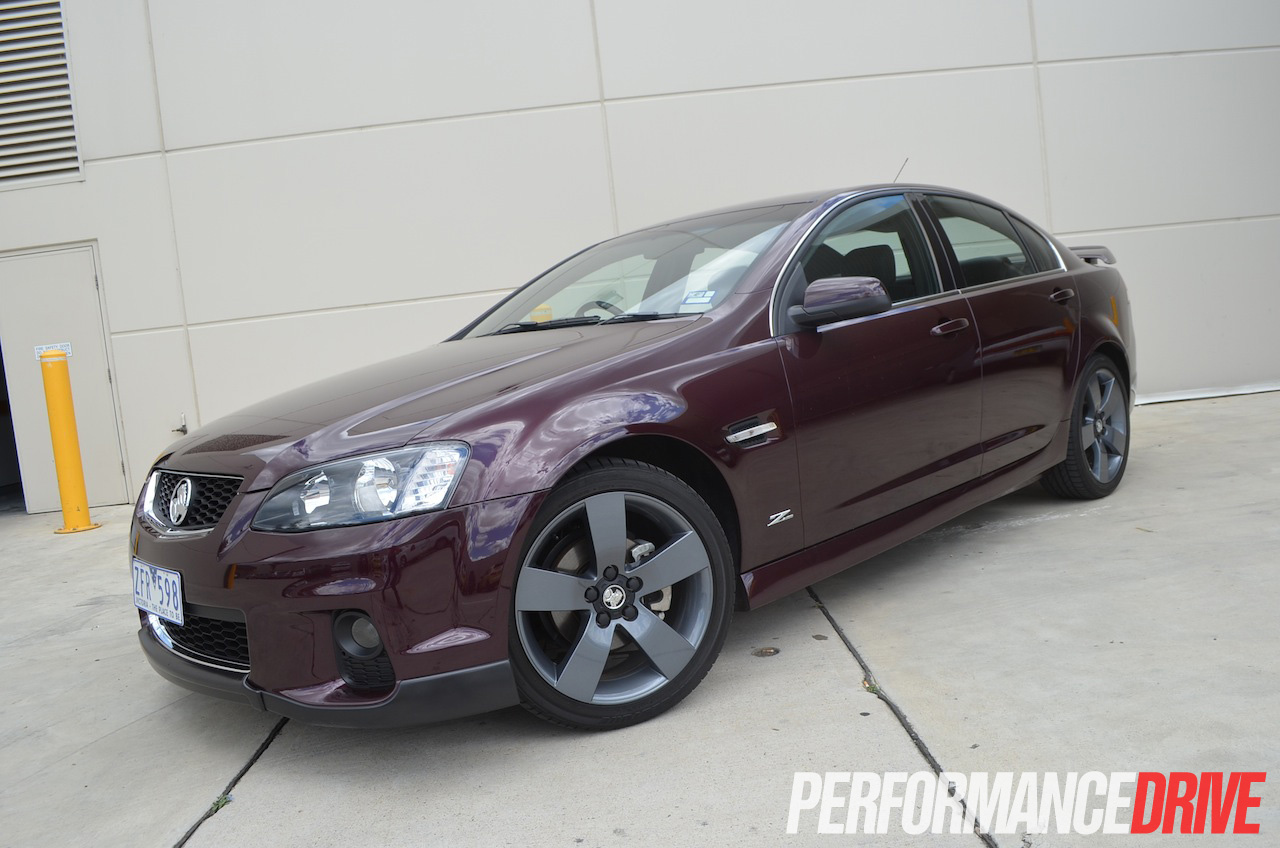 The Holden Commodore SV6 has been a hit since it was introduced to replace the S model back in 2004 (VZ Commodore). However, things really took off for the SV6 model when the VE was introduced in 2006. 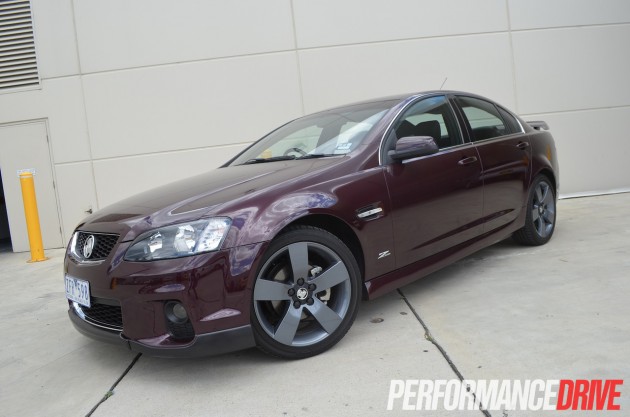 The SV6 offers a sporty interior, an SS-like exterior, and the performance of a 3.6-litre V6 engine. Some would say it sits in the shadow of its big brother SS, but that’s arguable; they offer different levels of performance and economy. Different horses for different courses, right?

One of the reasons you’d buy an SV6 over an SS could be one of a few things: A) you’re not into V8s, B) you want better fuel economy, C) you don’t want to spend the extra money, or D) you genuinely like six-cylinder performance.

If you chose option B, then this review is going to appeal to you. We recently had the VE II SV6, and VE II SV6 LPG each for a week at a time. The SV6 LPG model runs purely on LPG, while the SV6 with the SIDI engine runs on 91 RON minimum and can also run E85. 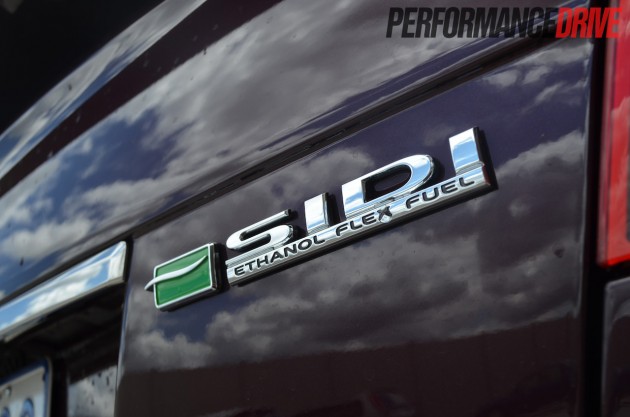 Pricing for the VE II SV6 and SV6 LPG is something buyers will need to take up with their Holden dealer given that the VF is due to roll out in the next few days; retail prices for the VF SV6 models have had huge price cuts over the VE SV6. What this presents is an opportunity for buyers to grab a VE at a bargain price.

First up we’ll take a look at the insides. Greeting you upon entry are a set of nicely bolstered sports seats. The trim in our Z Series SV6 test car features partial leather trim, while our LPG test car is fitted with cloth trim. Both are nice to touch and sit in, and feel hard wearing. The dash in the VE, while not overly technical-looking, is quite easy on the eye; everything is laid out well and easy to find.

Given the SV6 is a Commodore, it goes without saying that there’s loads of room for all passengers to get comfortable. There’s also heaps of space in the boot for a set of golf clubs and a few sets of fishing rods.

Both SV6s feature steering wheels that are equipped with buttons that control phone, trip computer, and audio. Neatly, but oddly, the handbrake finds itself nestled into the contours of the centre console. Sitting neatly in the centre of the dash is Holden’s iQ system, featuring a 6.5-inch LCD colour screen that controls everything from Bluetooth connectivity and iPod connectivity, to displaying audio and navigation information. 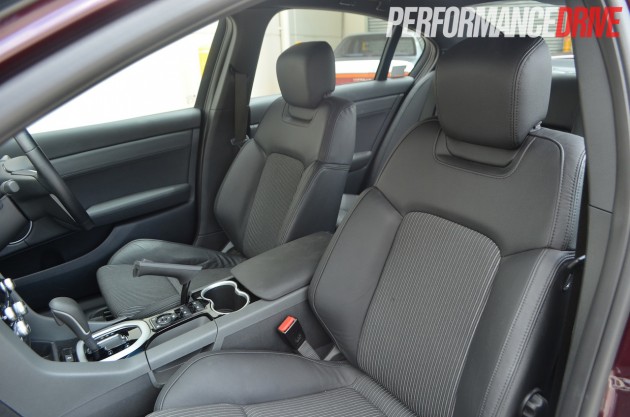 As for passenger safety, the SV6 receives a five-star ANCAP safety rating. It is equipped with driver and passenger airbags, side impact airbags, and curtain airbags. It also comes with stability control, switchable traction control, and anti-lock brakes.

Externally, the VE is still a handsome car some seven years after its debut, albeit with a few nips and tucks for the Series II models (as tested). The SV6 bodykit and sporty wheels separate it from the other Commodore models. Our Z Series SV6 was fitted with 19-inch wheels as standard, whilst the LPG model wore 18-inch wheels.

Both the SIDI and LPG models use a 3.6-litre V6 engine, however both produce different power levels; the petrol version puts out a rev-happy 210kW at 6700rpm and 350Nm at 2800rpm, and the LPG model  180kW at 6000rpm and 320Nm at 2000rpm. As you can see by the figures, the LPG model delivers power and torque a little earlier in the rev range, giving it a slightly different on-road feel.

On start up, you wouldn’t know the LPG-only model was any different. It sounds exactly the same. Driving in traffic also gives no clue to the driver that it’s running on LPG, and more to the point, that it has 30kW and 30Nm less power to play with. As you proceed out of traffic and onto the open road, you get an idea that things are a little different. But that doesn’t mean worse.

The beauty of the LPG model is that peak power and torque come on early, so it feels just as eager down low as the SIDI model (which is very rev happy). However as the revs climb the SV6 LPG offers less surge and top end pull; it feels slightly ‘doughy’ up top, whereas the petrol SIDI V6 feels athletic and keen to rev its lungs out. 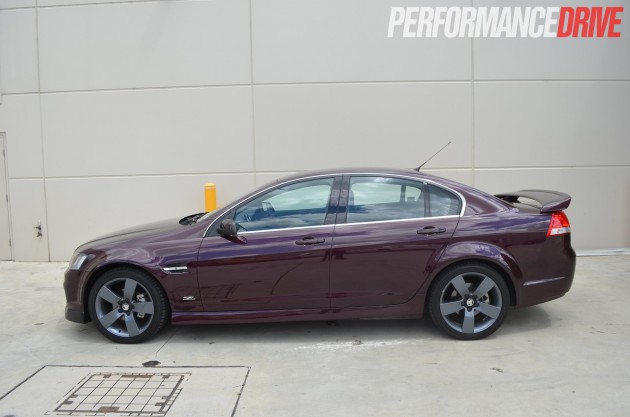 The SIDI engine, rated at 210kW, is eager to be revved, grabbing gear after gear from its six-speed automatic transmission for performance that’s not all that far off the pace of its big brother SS, once things get going anyway.

If you were forced to wear ear muffs and you had no idea if you were stepping into an SS or SV6, we dare say it’s not instantly noticeable (once you’re going i.e. 80-120km/h) that its lacking two-cylinders. Okay, so so it’s not as fast as the V8, but, in SIDI form, it will surprise even the most astute V8 diehard.

If you’re worried about towing, both cars feature the same 2100kg braked towing capacity and 750kg for unbraked applications. With both SV6s producing decent levels of performance, there’s no doubt they are easily up to the task of towing to the maximum ratings.

The SIDI SV6 completed the 0-100km/h dash in 6.8 seconds, while the LPG SV6 saw 100km/h come up in 7.1 seconds. Not a huge difference, but out on the open road the SIDI is the more rewarding drive; in those moments where you drive through a series of bends pretending to be Garth Tander, the 210kW 3.6-litre motor offers a more performance. 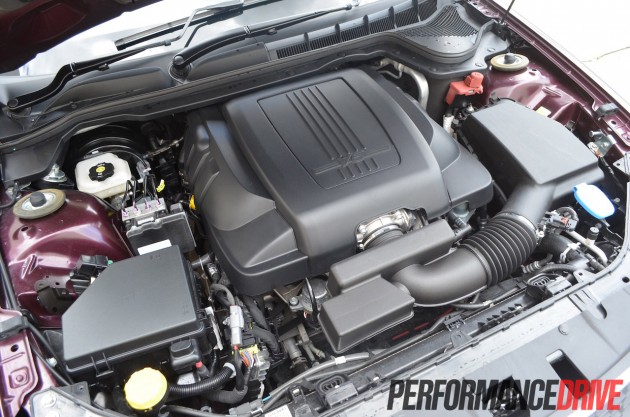 If this was an outright ‘what’s faster and more responsive to drive’, we’d have to say the SIDI model. However, there are some advantages to owning a big sedan, with the running costs of a small hatch. We’re sure many people would be willing to compromise a little bit of grunt for a better return in economy. Which brings us to the fuel consumption/running costs.

Before we talk figures, it’s worth stating we completed more than 800km in each car, and drove both in a very similar manner, on similar roads.

Okay, so there are some downsides to LPG, being that not everyone likes the smell, not all fuel stations carry it (especially out in the country), and the fact that the LPG SV6 is a dedicated LPG model, meaning it can’t use petrol at all (so if you’re very low and the fuel station you’re at doesn’t stock it, then you’re out of luck). The upside is that if you’re willing to sacrifice some power, it could potentially save you around $2000 a year. It really does make for efficient large-sedan motoring. 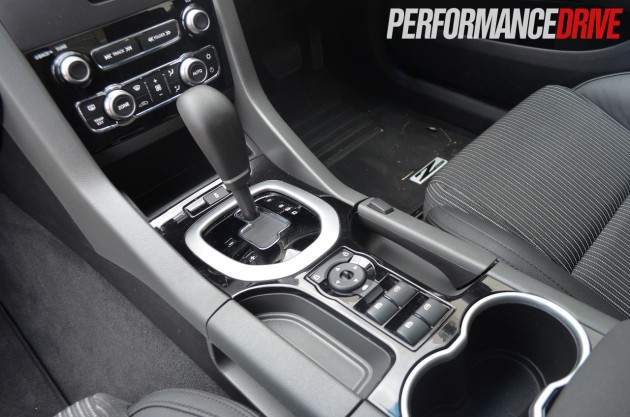 While this isn’t really a ‘how does it handle’ review/comparison, the SV6 offers a ride that keeps the passengers comfy, and let dad (or mum) rip into some twisty bends on the weekend. It’s worth mentioning that both of our test cars handled almost exactly the same. The VE sedan is a great handling car (especially the sports models SS and SV6) that’s definitely not perfect, but does a commendable job of feeling stable whilst coping with some of the horrendous tarmac we call roads here in Australia.

One difference we did notice between the two test models was that the ride was better in the LPG model, which could be down to its smaller 18-inch wheels having a higher profile side wall. It’s also worth pointing out that the LPG model is heavier by 62kg, but it wasn’t noticeable whatsoever.

If you’re waiting for a clear answer on which one is better, we simply can’t give it. It just wouldn’t be fair. One is aimed at saving you money, and the other is aimed at producing the best go-forward ability it can (whilst still trying to be efficient of course). The only answer we can come up with is if you want a large sporty sedan that’s cheap to run, then LPG model presents very good value. The SIDI version however is a very good performance proposition if you’re not keen on the V8 SS model.

So maybe you can have your cake and eat it after all?