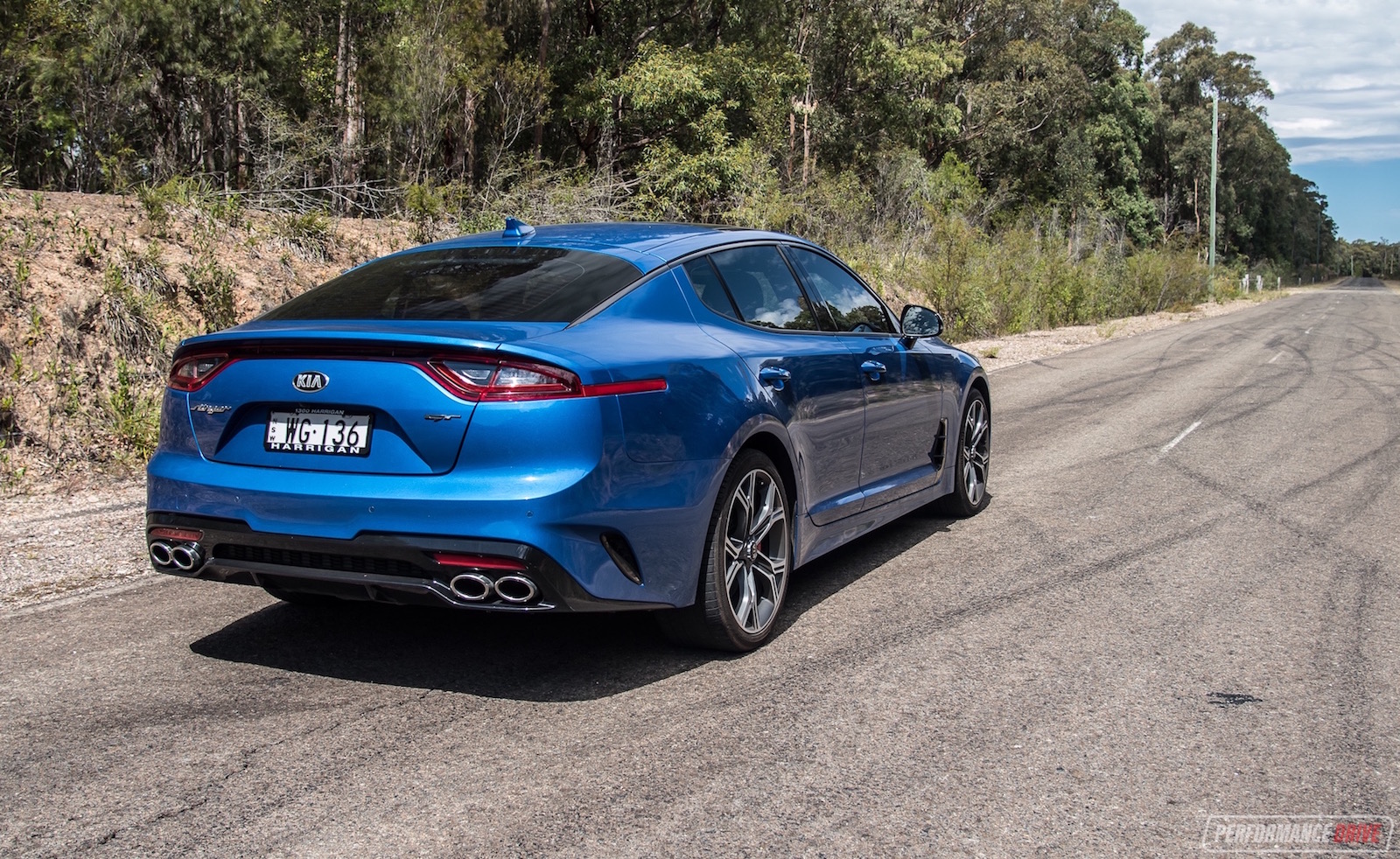 Here at PerformanceDrive, we love cars and the aftermarket scene. So when a close friend decided to tune his Kia Stinger GT, we just had to check it out and see the potential. 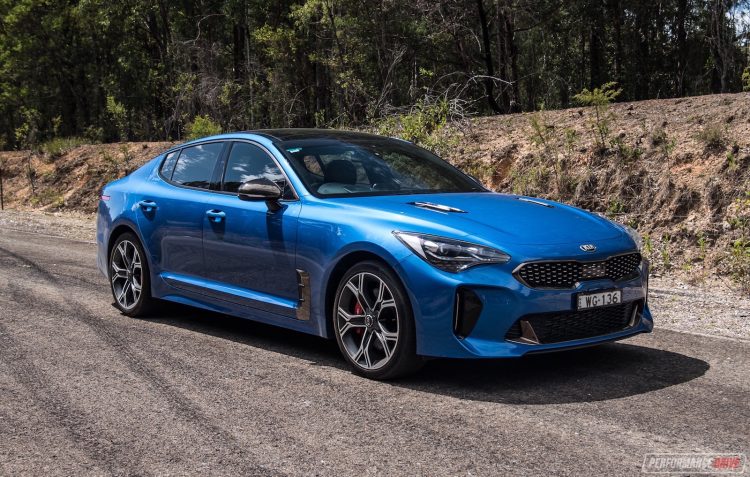 The car in question was bought new in 2018, with a March 2018 built date. This means it comes with the Continental ContiSportContact 5P tyres, as opposed to the superior (in our opinion) Michelin Pilot Sport 4 tyres that Kia Australia now supplies. It’s a GT variant with the 3.3-litre twin-turbo V6 engine, producing 272kW and 510Nm (at the crank).

Our friend has only just started tuning it and he’s not sure how far he wants to take it. But for now the upgrades are very drivable and should retain a high level of reliability for the car. Upgrades include a full K&N Typhoon intake kit, with custom intake pipes, air filters and heat shields. There’s also a twin 3.0-inch exhaust system that feeds into a single 4.0-inch pipe, provided by Jonny Tig, with a Growl muffler. 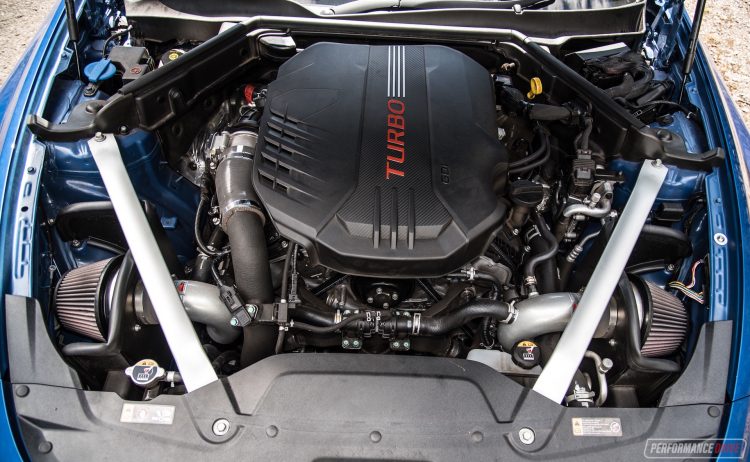 To finish it all off a Unichip engine computer reprogramming has been applied, along with a dyno tune by Castle Hill Performance to ensure it’s all running correctly. During the dyno tune it was found that the standard spark-plug gaps were too large, with the exhaust and intake essentially blowing out the spark. Some new plugs were installed to fix this.

How much extra performance? On the dyno a baseline run returned 208kW at the wheels. After the installation of all parts and the Unichip tune, the result was an impressive 324kW at the wheels. That’s around 350-370kW at the engine, or up to 100kW more than the factory setup. 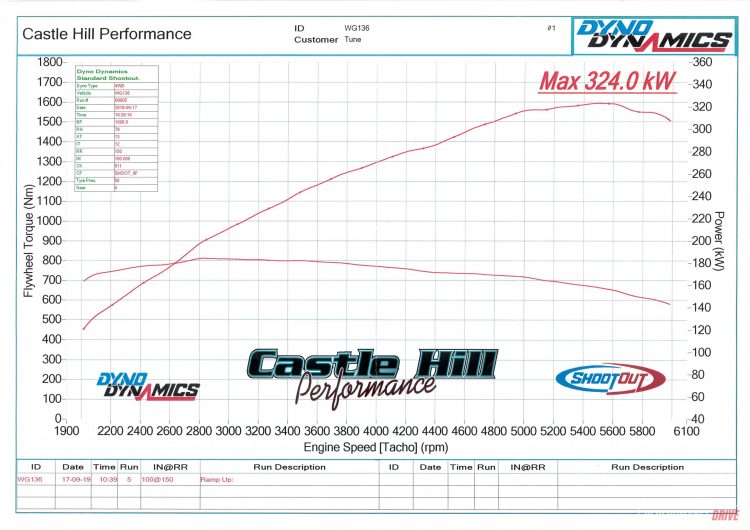 We took the car out to our usual private road for some basic runs to see how it performed. Unfortunately, we just couldn’t find any traction on this particular surface. Keep in mind the standard Continentals are still from new and were a bit worn. 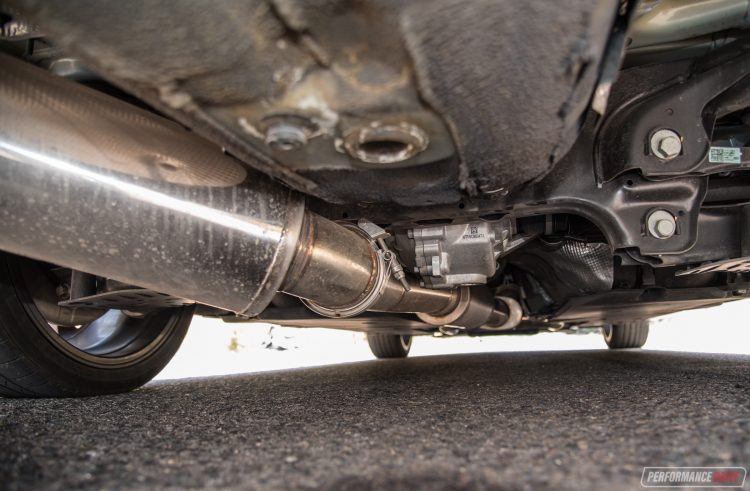 As you can see, the top end speed is especially impressive with the tuning upgrades. The speeds show there is a lot of potential here. On a slick drag strip and with some better tyres, we reckon it’d run low 12s across the quarter mile without much effort. The owner tells us that the fuel economy isn’t actually all that much different to the standard setup, too. In other words, this particular upgrade makes for an ideal daily driver.

Check out our video below to see how it went, and further below for comparison with the standard 2020 model we recently tested.