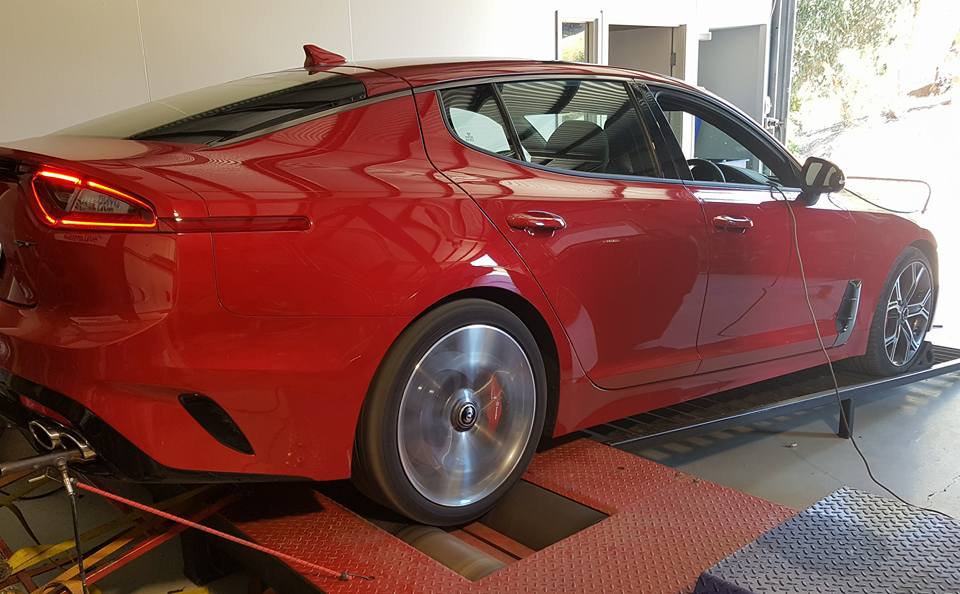 It was only a matter of time before some tuning house got hold of the new Kia Stinger to see what could be extracted from it. And here we see one of the first attempts by a local company called Jonny Tig. 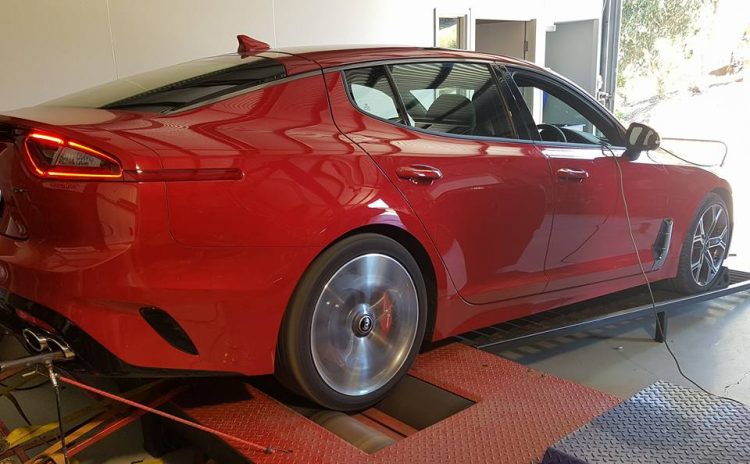 Taking the standard Kia Stinger and its 3.3-litre twin-turbo V6 engine, the team at Jonny Tig have firstly fitted a Unichip to modify the engine computer mapping. There’s also custom air intakes and a freer-flowing exhaust, and a bit more turbo boost. In initial tests it has resulted in an impressive 322kW at the wheels.

This is a big jump up from the standard car and its 272kW official output (at the engine). On the dyno the standard model produced 232kW at the wheels. Running a mild tune with 293kW at the wheels, the guys were able to run down the quarter mile in a very decent 12.36 seconds. 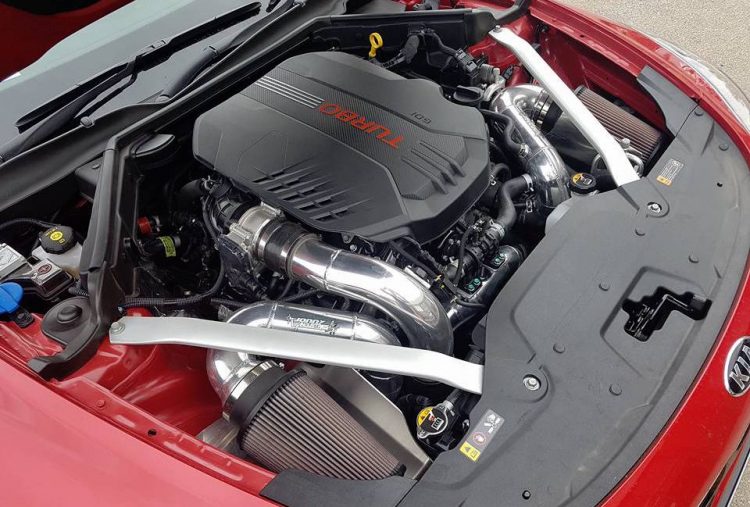 The plan is to finalise a ready-to-buy intercooler and intake package for release onto the market over the next week or so. As for the project car, the team is aiming to continue to develop it, and hopes to dip well into the 11-second range at the drag strip soon. At the moment the car is running around 20psi, but with more boost and E85 fuel Jonny Tig estimates around 400kW at the wheels.

We haven’t seen much in the way of tuning for the Stinger yet, even from overseas. It will be interesting to see how the car goes down with car fans and the modified car scene alike. It certainly has potential, as you can see. Check out the drag run in the video below to see how it went.