Underground Racing in the US has just finalised its Audi R8 GT V10 twin-turbo build project. The R8 GT V10 is Audi’s quickest and more powerful supercar on sale. If that’s not enough, you could go for a twin-turbo kit like this. 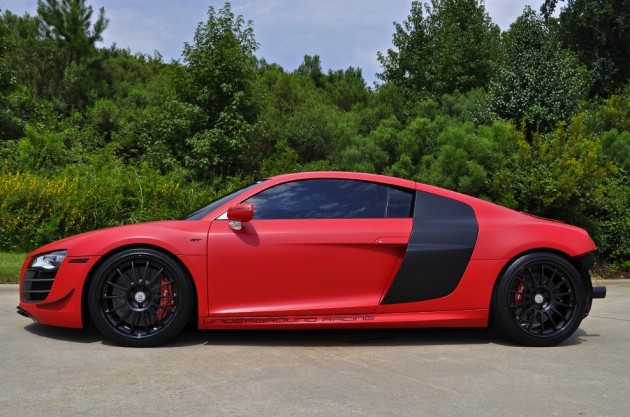 The Underground Racing Audi R8 GT V10 is powered by a 5.2-litre V10 which has two turbochargers bolted to its sides. Along with extensive engine work and new components, the turbochargers help the R8 to produce a simply massive 1100hp at the wheels.

That’s 821kW at wheels. The standard version already pumps out an impressive 412kW from its Lamborghini 5.2-litre V10 engine (developed under the Volkswagen umbrella). It’s able to shoot the R8 from 0-100km/h in 3.6 seconds, or 0.3 seconds quicker than the normal R8 V10. 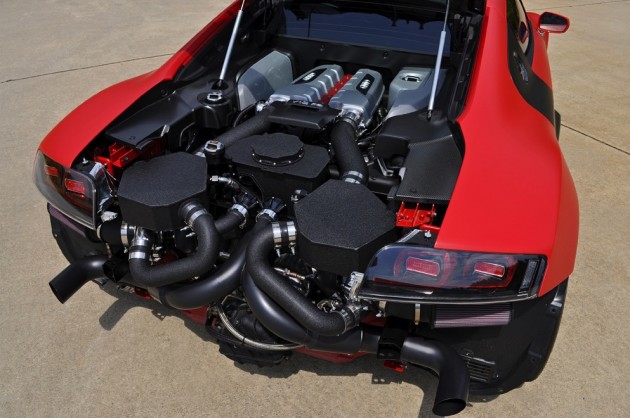 It’s unknown what sort of 0-100km/h times that GT runs now. We’re sure it would be absolutely ballistic behind the wheel though.

Check out the gallery below to see the state of the engine bay; it looks very dangerous, almost like it is literally a weapon.