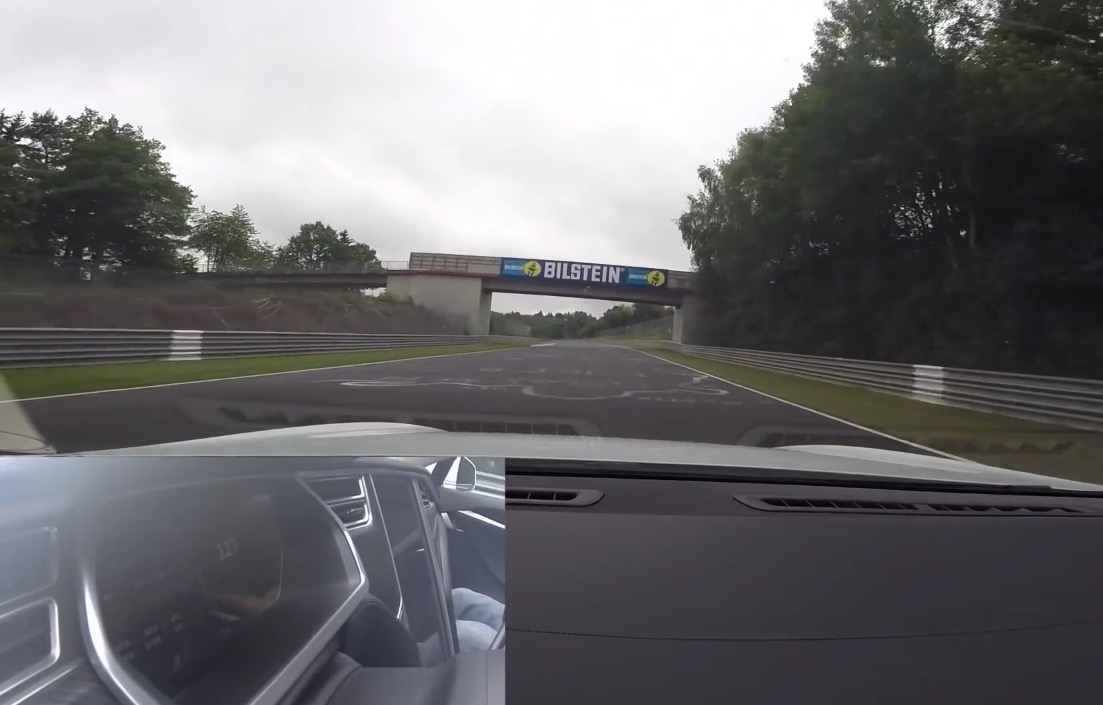 A video has emerged showing a lower-spec Tesla Model S conquering the famed Nurburging Nordschleife in 9:08, showing good potential with a professional driver. 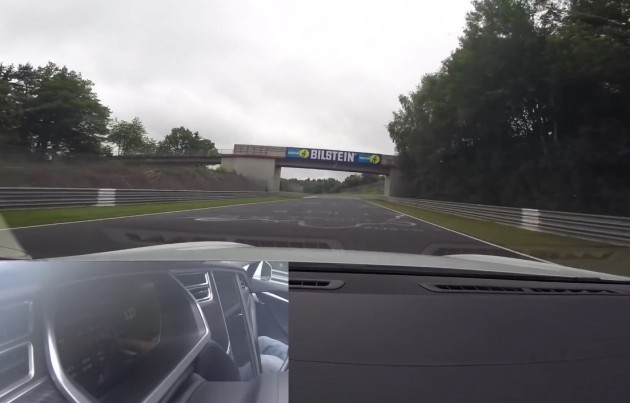 While the freshly Ludicrous-ified P85D and P90D are the world’s quickest sedans, this P85 example covered the circuit in a leisurely 9:08. Not too bad considering its elephantine 2108kg weight, most of which is placed in the floor and centre for a low centre of gravity.

The P85 has 310kW, compared with the ballistic 568kW of the P85D/90D. We must point out this time was achieved with an amateur driver; a pro driver would have no doubt yielded a quicker time. The man who uploaded his lap onto YouTube explains:

“Did this attempt on a fast lap, after driving electric ‘taxi’ two laps. The Tesla was almost fully charged, re-gen put in low, suspension put in low, and A/C off. 2.5 bar of tyre pressure, leading to a ‘Warning high tyre pressure’ after about one-third of the lap. Potential of sub nine-minute lap.”

This is not the first time a Model S has been taken onto the circuit. Last year American Robb Holland attempted the same feat in a base Model S, netting a lap time of just over 10 minutes. We’re sure the electric powerhouse could perform a much quicker lap though considering PerformanceDrive has clocked a 9:24 (BTG) in a 135kW 2014 BMW 520d wagon.

Check out the (silent) video below for footage of the lap.