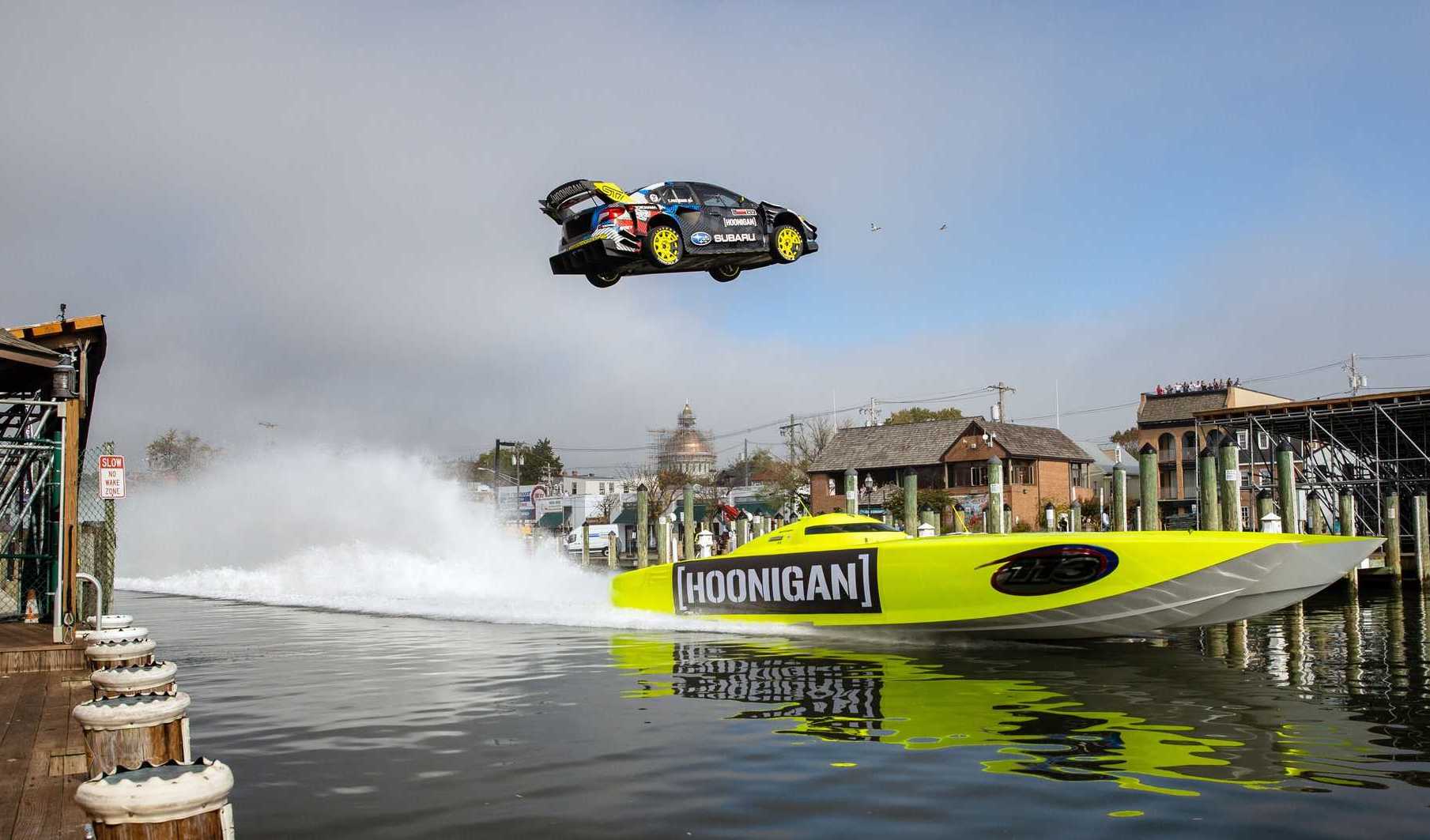 The folks over at Hoonigan have pulled together another one of their crazy rally stunt videos. But this time the star of the show isn’t Mr Ken Block. It’s all round stunt man and extreme motorsports guru, Travis Pastrana. 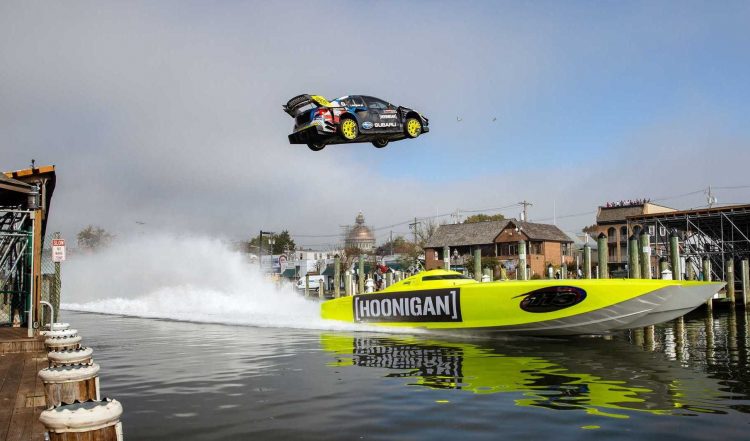 Titled, Gymkhana 2020: Travis Pastrana Takover; Ultimate Hometown Shred, this is one of the wildest videos of the Gymkhana series that we’ve seen. It’s packed with some brand new stunts, too. And yes, we’ve always thought, where else is there to go now that Ken Block has pretty much done everything in a car one could imagine. 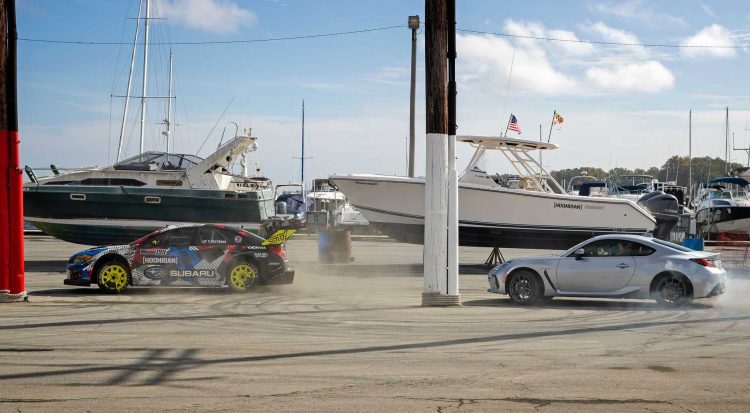 Well, there’s a couple of massive jumps. And we really mean massive. Right near the start of the video Pastrana sends his 862hp Subaru WRX skyward over a wide canal and clears a huge Hoonigan powerboat in the process. Towards the end there’s another big jump on the streets, and it looks like he hits it near the car’s top speed of about 250km/h. Yep, lots of air. 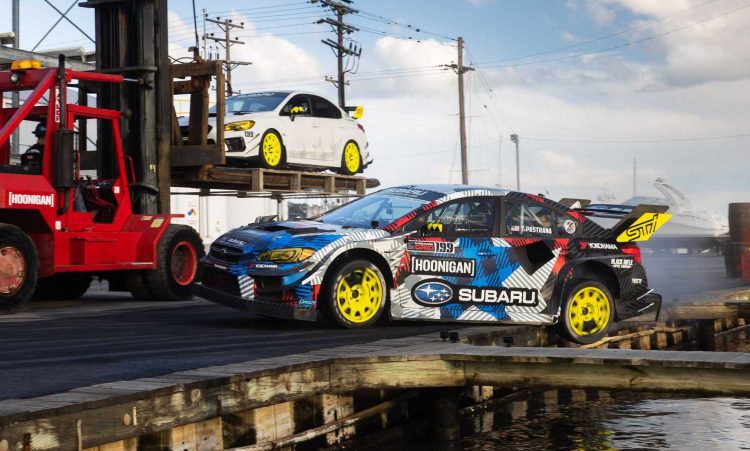 Other interesting stunts include some circle-work around some poles with a guest star, the 2022 Subaru BRZ. We’ve seen Ken Block drift right on the edge of a jetty before. Pastrana takes it to a new level by actually dropping a rear wheel over the edge, like a railsliding skateboard.

Anyway, enough talking. Enjoy nine minutes of the craziest driving you’ve ever seen in the video below.