It seems BMW may have underrated one of its cars once again. The guys at BimmerPost recently strapped a brand new and stock standard 2012 BMW M5 to a dyno where it produced 393kW at the wheels (527hp). 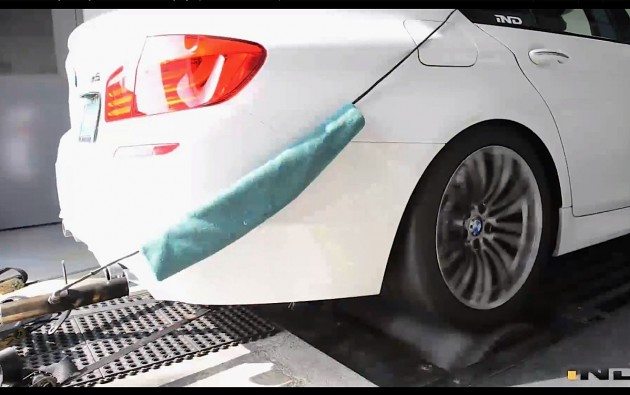 According to the factory specs, the new M5 produces 412kW at the engine. Once driveline load is calculated into the equation, this would translate to around 340-350kW at the wheels. As a general rule of thumb, the driveline saps around 15-18 per cent of the engine power.

We loved the M5 beast during our review a few weeks ago. It felt almost sickeningly fast and powerful. And now we know why. With 393kW at the wheels, this would translate to around 465kW at the engine.

It’s not uncommon for car companies to do this. The R32-R34 Nissan GT-R range has perhaps been the most famous example, with its stock 206kW Japanese ‘restricted’ rating. Various enthusiasts the world over tested their GT-Rs and easily achieved this figure at the wheels.

Click play below to see the M5 laying down its grunt on the dyno.