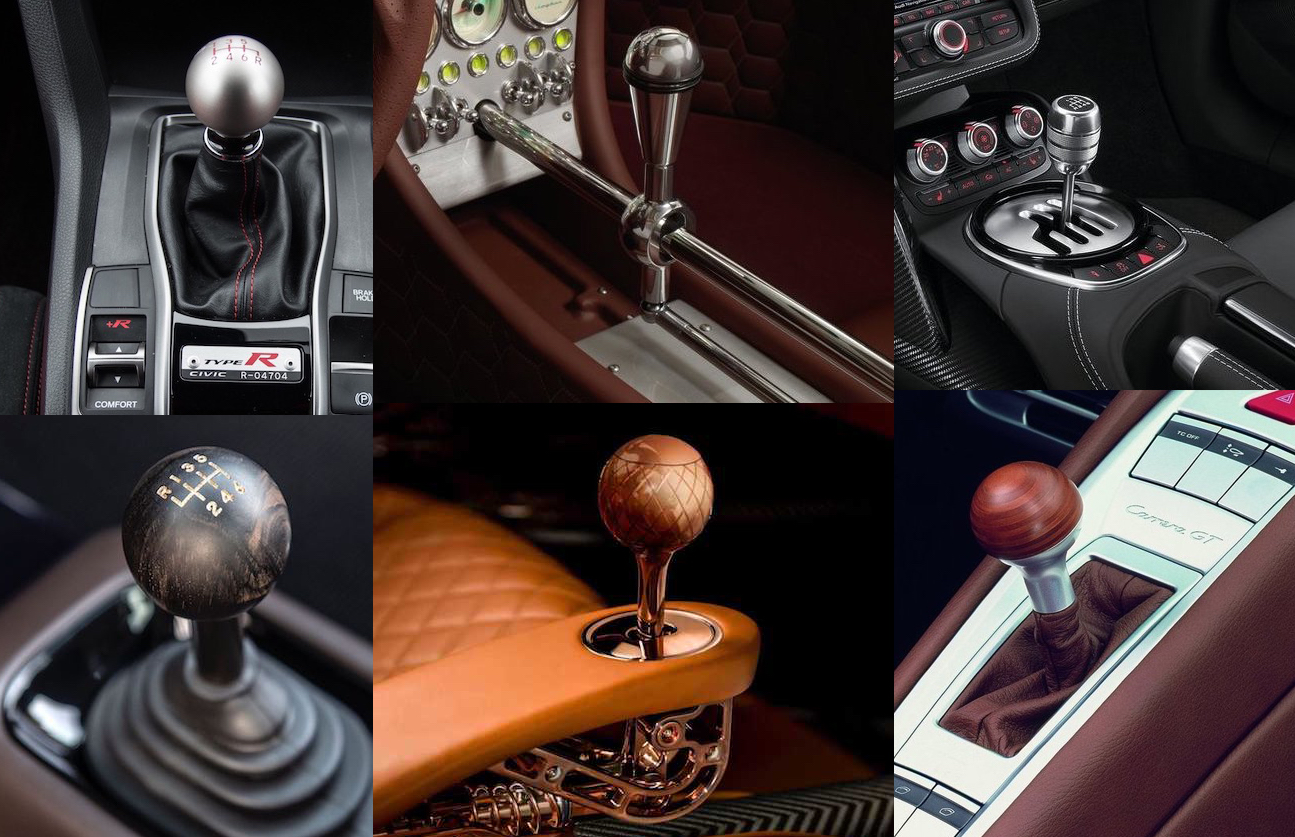 Many publications have been prognosticating the demise of the manual gearbox for the best part of the last decade. While it is undeniable that the row-your-own gearbox is disappearing from mainstream and even many sports cars, it still appears to have found some places to hide from extinction. Witness the manual-only Ford Fiesta ST, Gordon Murray T.50 and even Porsche can’t seem to snuff out the option on its 911 GT3 – try as it might.

We’ve done many features on manual transmissions before, including our top 10 last cars with column-shift manual feature, which amassed a healthy readership.

To most motorists, the advantages of an automatic transmission for the daily commute are glaring. Even in sports cars, many enjoy the seamless transition of a dual-clutch gearbox for faster lap times and acceleration. To others, the joy and involvement of nailing a perfect shift is a must for their motoring nirvana.

Here are our top 10 most interesting manual gear shifters, from a primarily aesthetic viewpoint but, many of these have interesting mechanisms that would no doubt please other senses too.

Porsche’s last naturally-aspirated (without hybridisation) range-topper has earned infamy as the car which took Paul Walker’s life. Despite this, it remains a favourite of many due to the V10’s symphony. Its balsa wood shifter is positioned a lot higher up than usual, meaning the driver only has to reach across to change gear, rather than across and down. 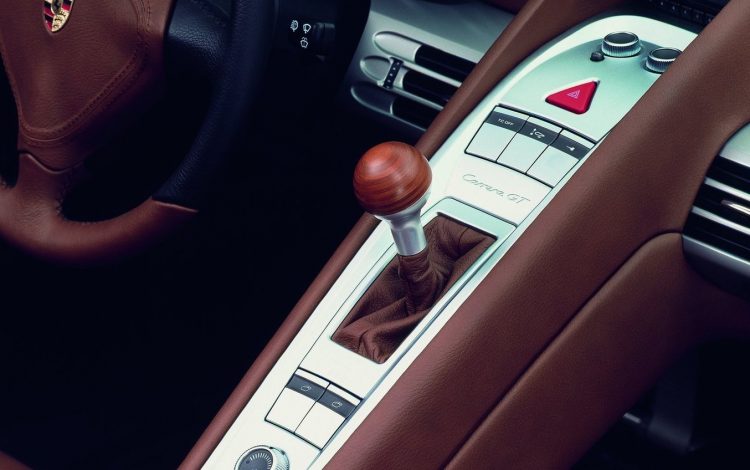 The highly bespoke revival for the storied De Tomaso brand has one of the most exquisite interiors we’ve ever laid eyes on. The sumptuous brown leather and knurled, polished metal finishes are truly mesmerising. In particular, its gear selector is a sight to behold, with an exposed mechanism under the centre console. This adds an extra layer of intricacy to changing gear, rather than the whole shebang being concealed under a shroud. 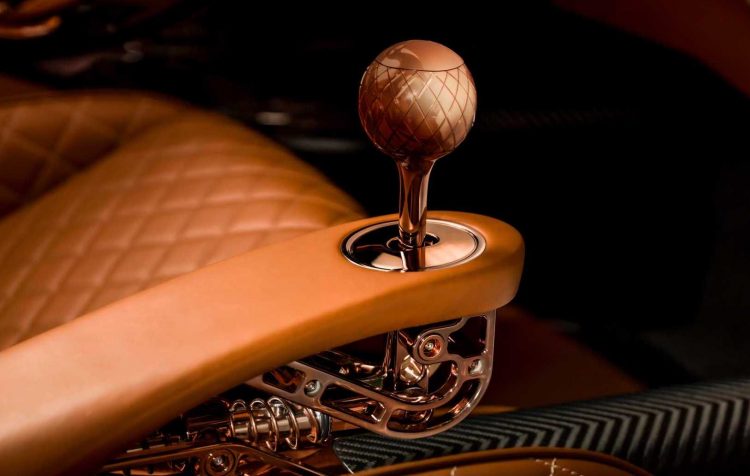 In terms of sheer simplicity, this one would have to take the cake. Two parallel polished rods are operated by a solidly-weighted gearknob. It looks like a joy to operate and the novelty would probably never wear off. 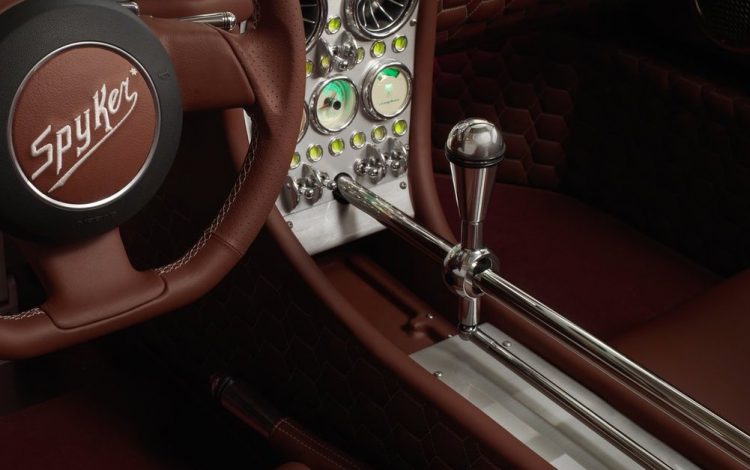 The standard leather shroud is so done-to-death and ordinary. So, Volvo’s approach with the ‘Spaceball shifter’ was seen as a breath of fresh air at the time. With the shift pattern embossed around the perimeter, it looks like nothing else of its kind and no doubt has superior shift feel too. 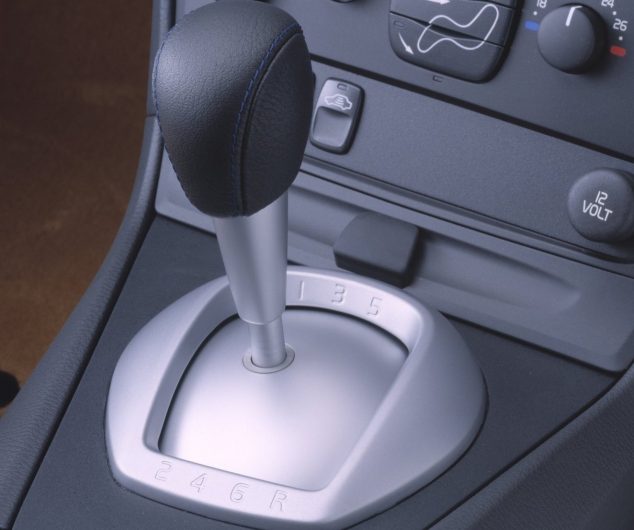 There is no substitute for the slicing, ‘click’ sound of an old-school open-gate shifter. Typically found on supercars, this shifter has become extinct as Ferrari, Lamborghini and Audi R8 no longer offer manuals. A shame, if you ask us. 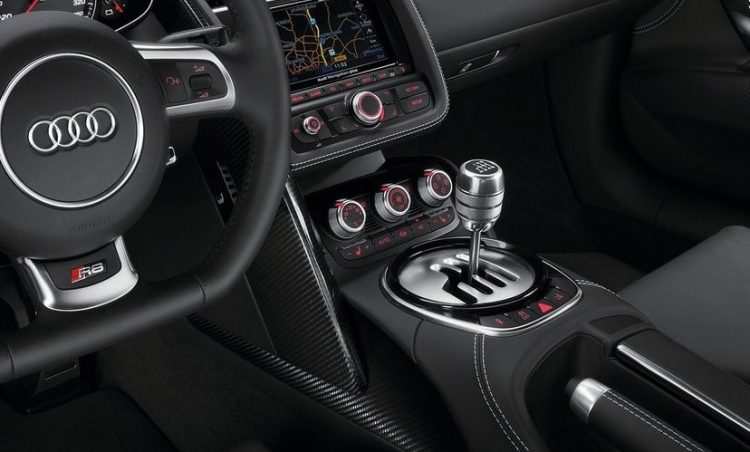 Citroen’s unconventional ergonomics had to be left behind as car makers conform to familiarity to boost showroom appeal and eliminate any unnecessary learning curves. Just as the 2CV had a wonky ‘umbrella handle’ gear shifter, Citroen’s oft-celebrated dalliance with Maserati – the SM – also had a peculiar shifter design. 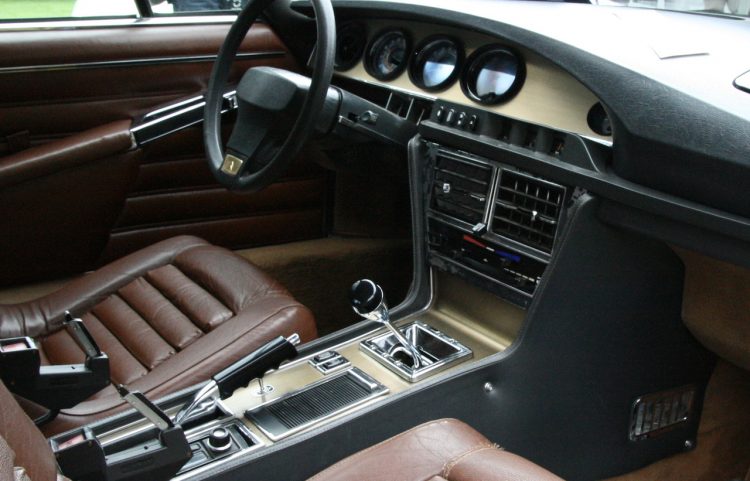 Whilst technically cheating in terms of not being a H-pattern manual, we think you’ll forgive us as the exposed mechanics of the automated-manual selector is pure engineering heaven. Along with the rest of the interior. 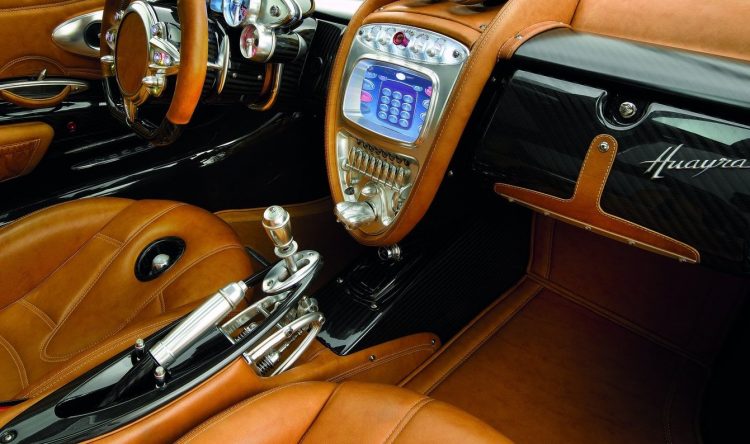 The solid aluminium shifter with red numbering has been a staple of Honda’s Type R models since the DC2 Integra Type R. Cool to the touch, beautifully-weighted and a delight to operate, it is one of the nicest in the biz. There are videos of people enjoying the Civic Type R shifter in other, strange ways. But we advise you to steer clear of those videos. 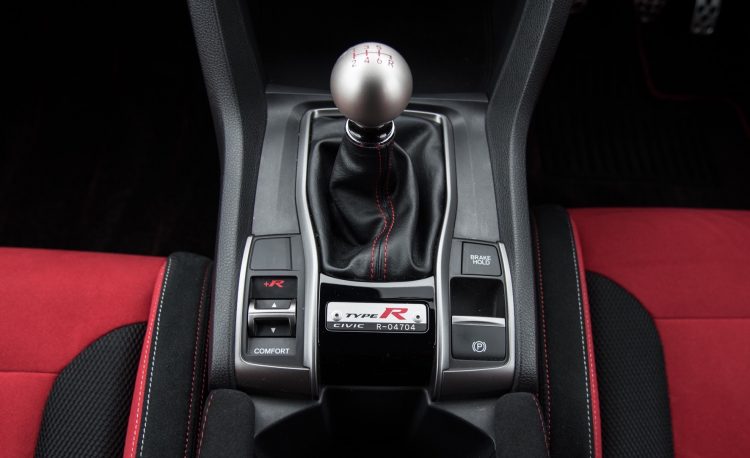 The ebony woodgrain shifter from Singer Design is a sumptuous, chocolatey treat that seduces your pupils into dilating whether they like it or not. The old-school gear boot is just the icing on the cake.

Every Singer Porsche 911 is unique and they all seem to have a variation on this theme for their gear shifters. Some also have an exposed mechanism under the centre console. 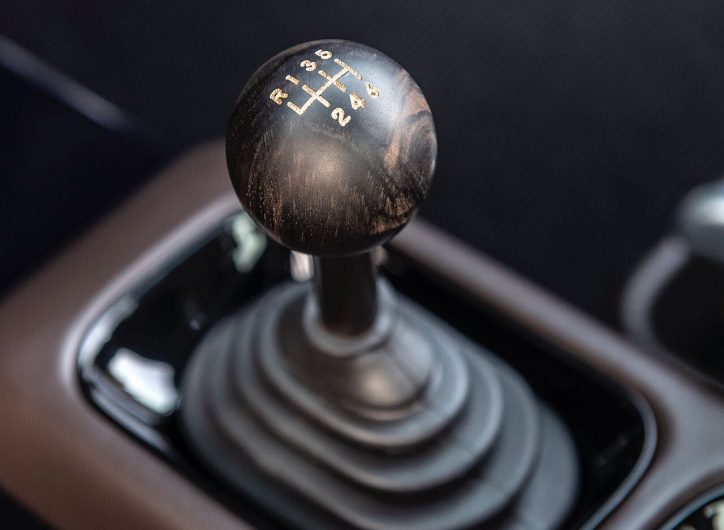 When your car is called Golf, it’d almost be rude not to make the shift knob look like a golf ball, wouldn’t it? VW has been crafting these little balls of excitement for generations of GTI. 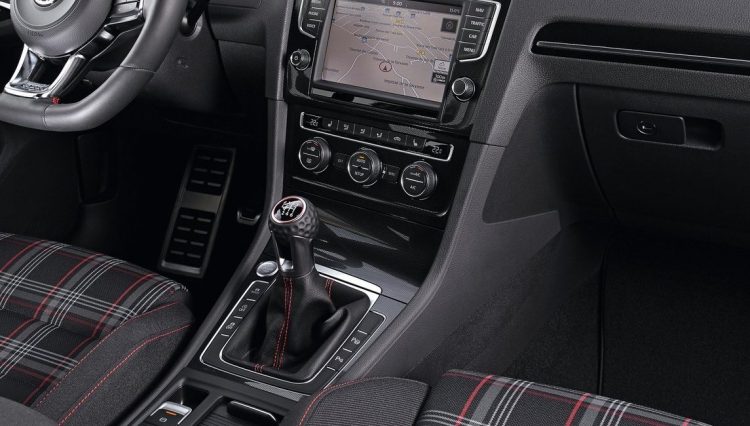