Toyota UK has put together a little competition of sorts with the new Toyota 86. As a way of kicking it all off, ‘Drift King’ Keiichi Tsuchiya was called in to demonstrate how it’s done, with Autocar‘s Steve Sutcliffe and Top Gear‘s Ollie Marriage also setting a benchmark. 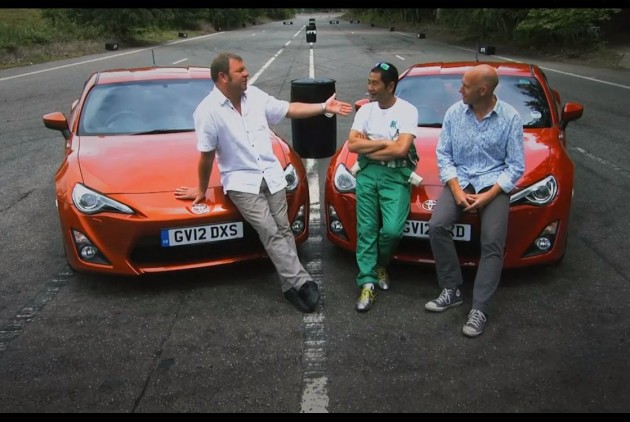 Basically, Toyota is proposing a competition whereby enthusiasts could have the chance to beat Tsuchiya’s time through a tricky gymkhana course.

As you can see in the video, the course involves many handbrake turns and drifting around barrels. The Toyota 86 certainly looks up to the task. Click play below to take  look.

Details of the competition can be found at blog.toyota.co.uk

(PerformanceDrive will have a full review of the GT manual and GTS automatic up on the front page in the coming weeks.)