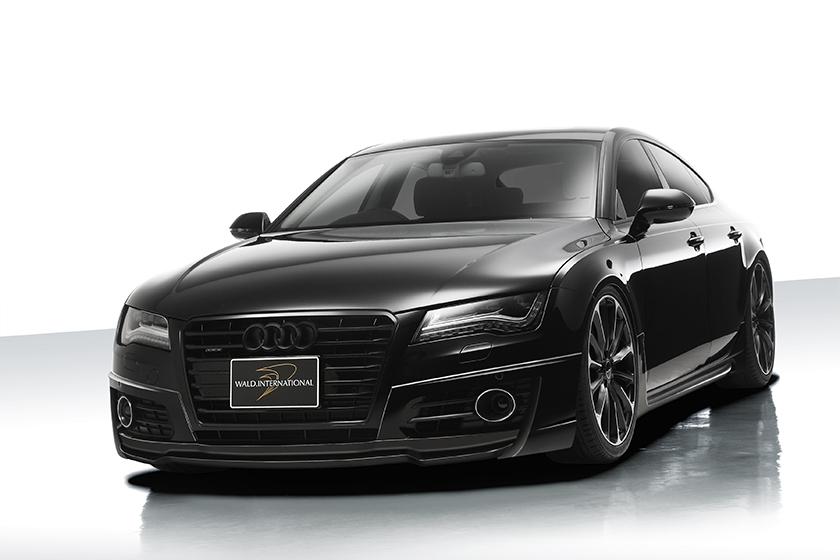 Wald International, a tuning company usually renowned for modifying Lexus vehicles, has just announced a kit for the sexy Audi A7 Sportback. As usual from Wald, the A7 kit is all about VIP style and class. 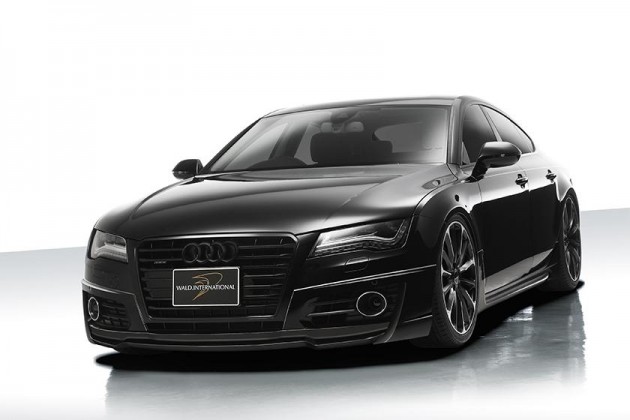 Equipped with a custom new front bumper bar incorporating special fins and intakes, and a black grille, the bar also gives the A7 a lower and sharper chin thanks to a spoiler setup.

At the back, the A7 characteristics and body lines are accentuated even more, with extensions coming off the lower bumper bar, including a chunky new diffuser setup, and a neat lip spoiler on the boot. 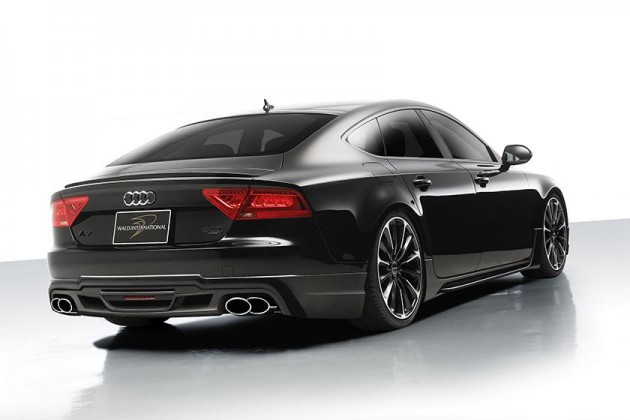 Pairing the two ends together is a set of subtle yet aggressive side skirts. A set of bespoke alloy wheels featuring machined face spokes and black centre sections complete the look.

Wald hasn’t mentioned any specific performance upgrades for the engine, however, by the look of this show car, there is a sports lowered suspension system underneath for flatter handling and a lower stance, as well as a modified exhaust system.

InAudi A7, Audi A7 Sportback, Wald, Wald Audi A7