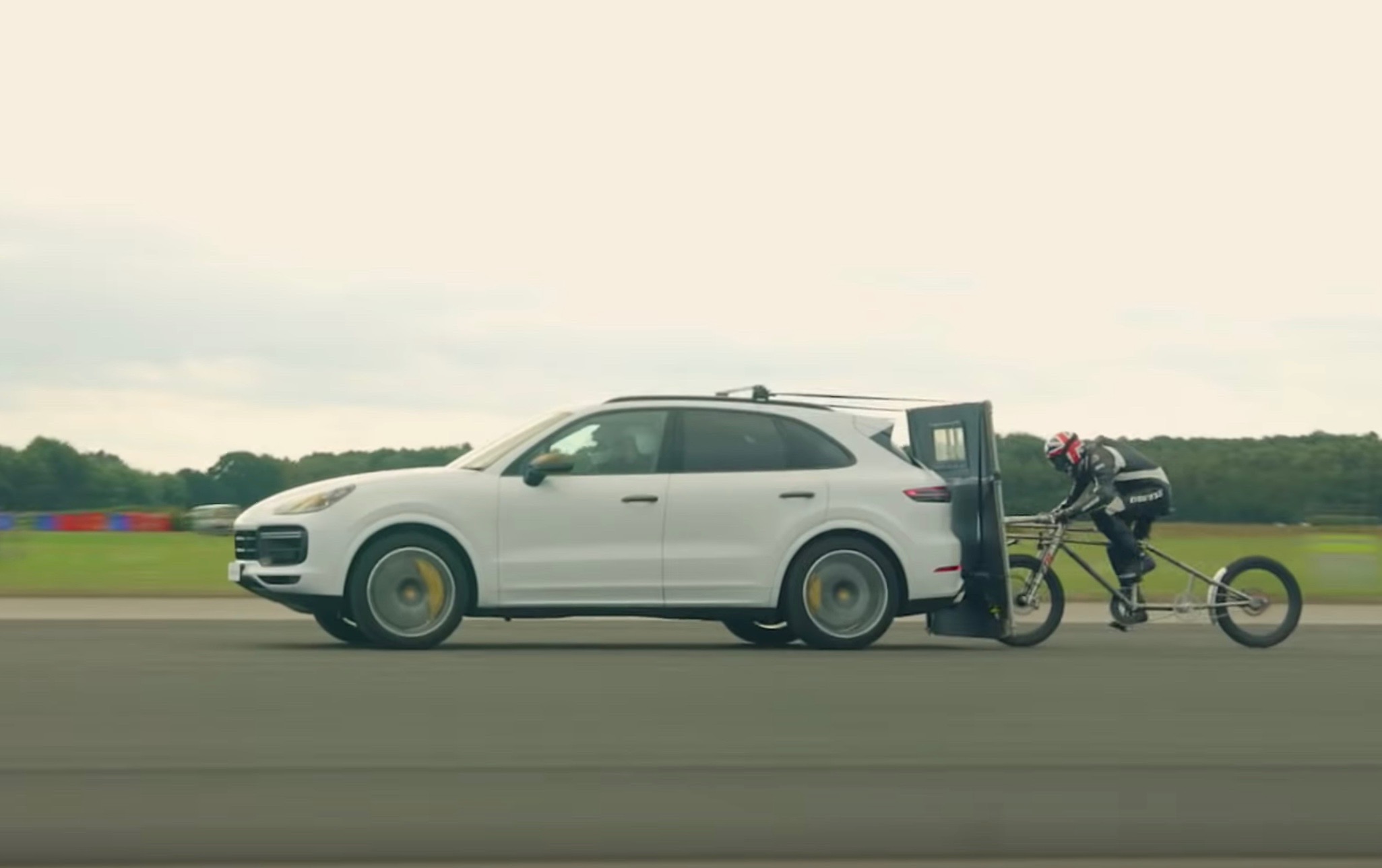 Some days you wake up in the morning and don’t really feel like going to work. But what was cyclist Neil Campbell thinking of the morning he woke up and done this crazy stunt? Thanks to a new Porsche Cayenne Turbo, he’s just set a new European record for the highest top speed on a push bike.

Using a specially prepared Porsche Cayenne Turbo, featuring a special wind-deflecting apparatus on the back and a complex yet detachable tow cable, Campbell was brought up to speed while sitting on a custom ‘top-speed’ bike before the cable was detached.

To break the record Campbell had to surpass 217km/h, which he actually set as well. The Porsche towed him up to 168km/h before detaching, and then Campbell peddled his way up to 239km/h by himself. Obviously this is no ordinary 10-speed. Check out how it went in the video below.