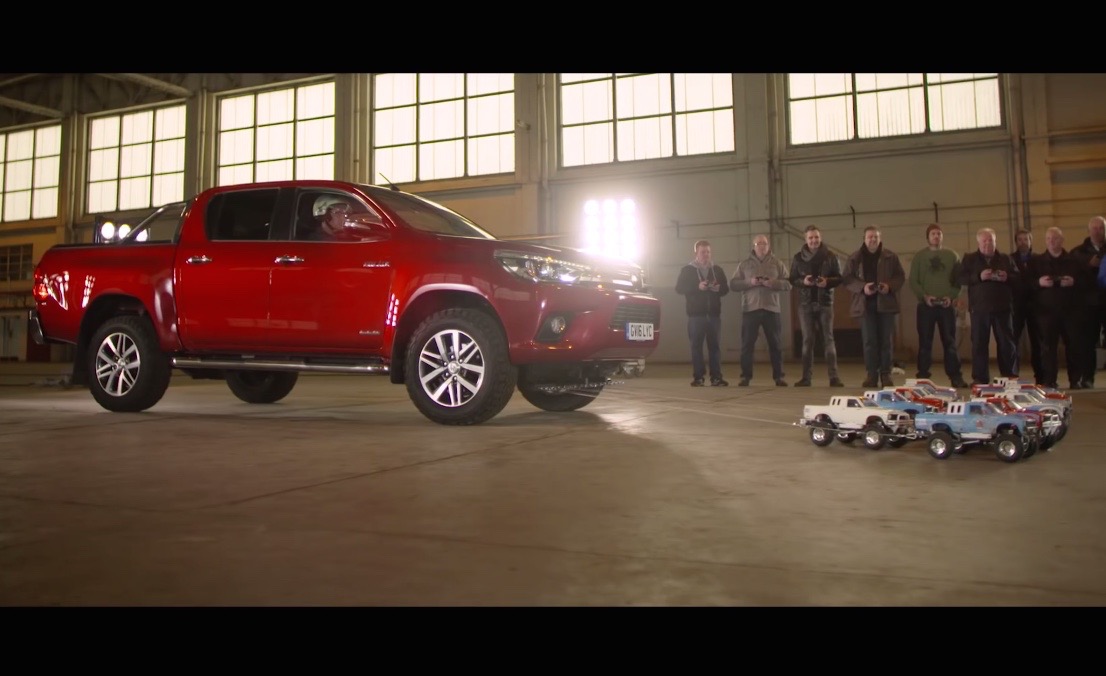 Toyota UK has recreated a publicity stunt from the 1980s by towing a new HiLux using 15 Tamiya HiLux Bruiser remote control cars that are 1:10 scale. 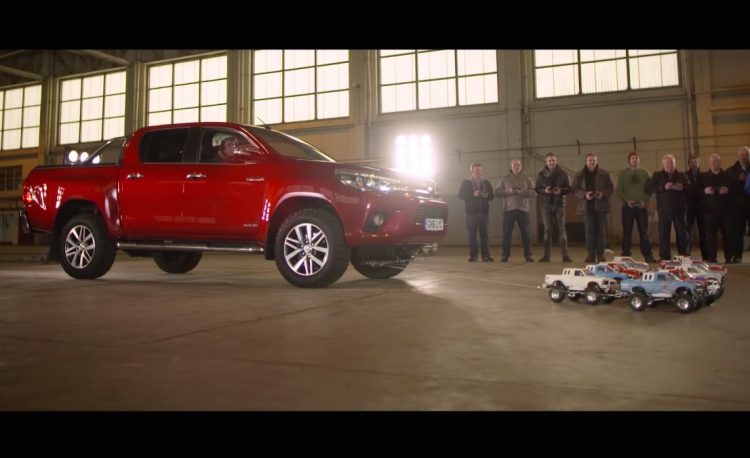 The Tamiya RC cars produce 23.2Nm each from their small electric motors with reduction gears and weigh 3.2kg each. That’s 348Nm of total torque to set the new HiLux in motion.

In the 1980s, only 14 were needed to pull the HiLux of the day, with the video stating a gross vehicle mass of 3200kg, but unladen it is probably closer to the two tonne mark.

Super keen fanatics will also note the 400Nm figure stated is well down on the 450Nm of locally delivered HiLux 2.8. That’s because Europeans get a 2.4-litre engine instead. The HiLux ‘Invincible’ is a special UK-only model which came about after a Top Gear stunt.

To give the RC cars traction, each was laden with 1kg of ballast to get the ute rolling. We’re not sure if it makes the HiLux more desirable or the remote control cars, which appear to all be controlled using smart tablets. Check out the video below to see for yourself.