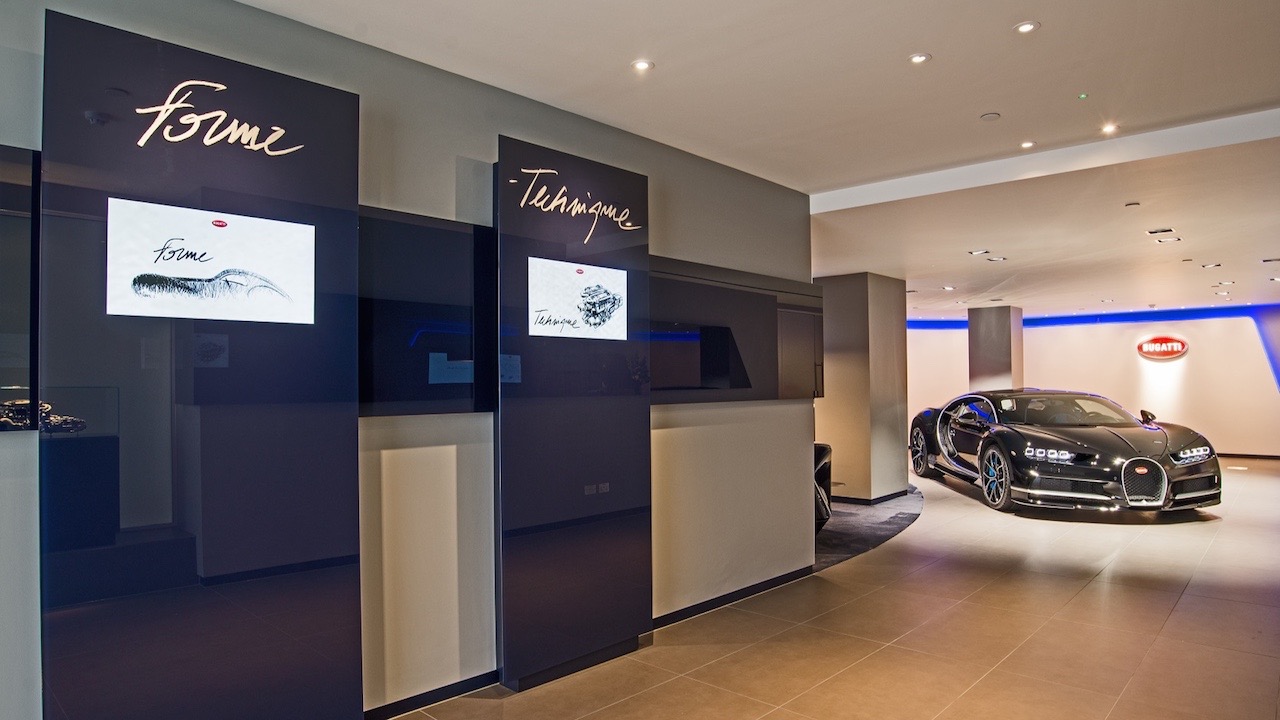 Bugatti has given its flagship showroom in London a redesign, and opened up its doors again as the Chiron hits the market. 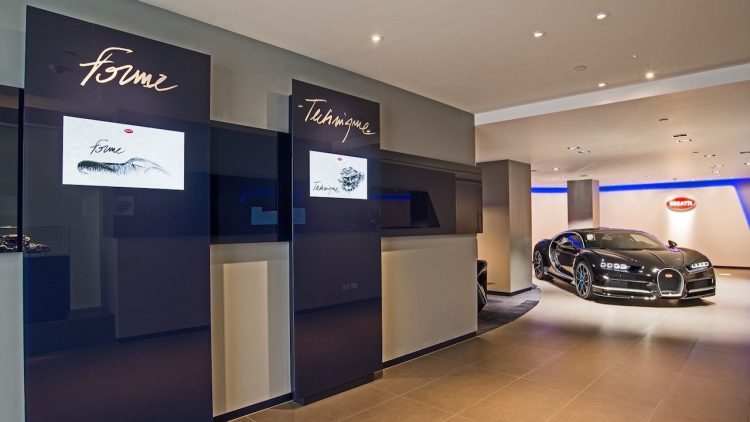 The UK has proved to be one of Bugatti’s most popular worldwide markets, with a total of 65 Bugatti Veyron models owned in the UK, with a further 15 orders placed for the Veyron’s successor, the Chiron.

The HR Owen Bugatti dealership is expected to draw significant interest, considering it’s the only place in the UK you can purchase a Bug from. It is the only authorised Bugatti dealer in the UK, operating since 2006.

The showroom’s biggest calling card is the Chiron housed within its walls, which just happens to be the only one open to the public in the UK. 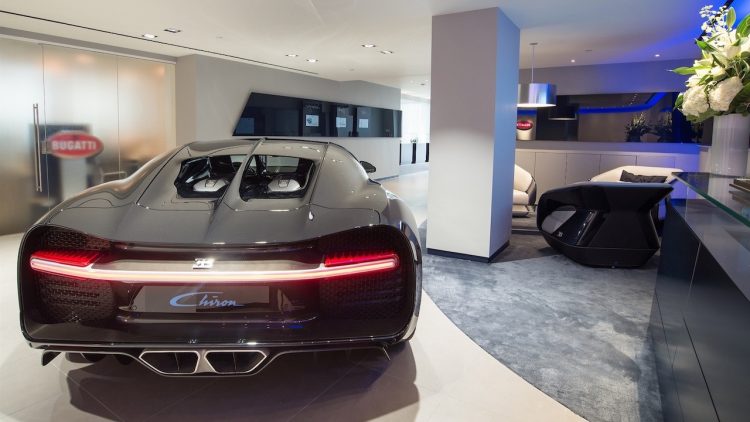 Inside the showroom, it’s a contrast of polished floors, luxurious white walls meeting Bugatti’s iconic shade of blue, with a rich historical context with 21st century technology. Highlights include the inclusion of furniture from the Bugatti Home Collection, complete with carbon fibre chairs which are actually covered in the same leather the cars receive.

Anita Krizsan, Bugatti’s brand director, who also holds the record for most Bugatti’s sold in a year (eleven), said:

“The Chiron is the greatest car in the world, and it is only right that it has a showroom that reflects that. We aim to deliver the most exclusive, most luxurious and most bespoke service of any car dealership in the world.”

If you’re around London, head to Berkley Square in Mayfair. Just look for the crowd. This is automotive royalty.