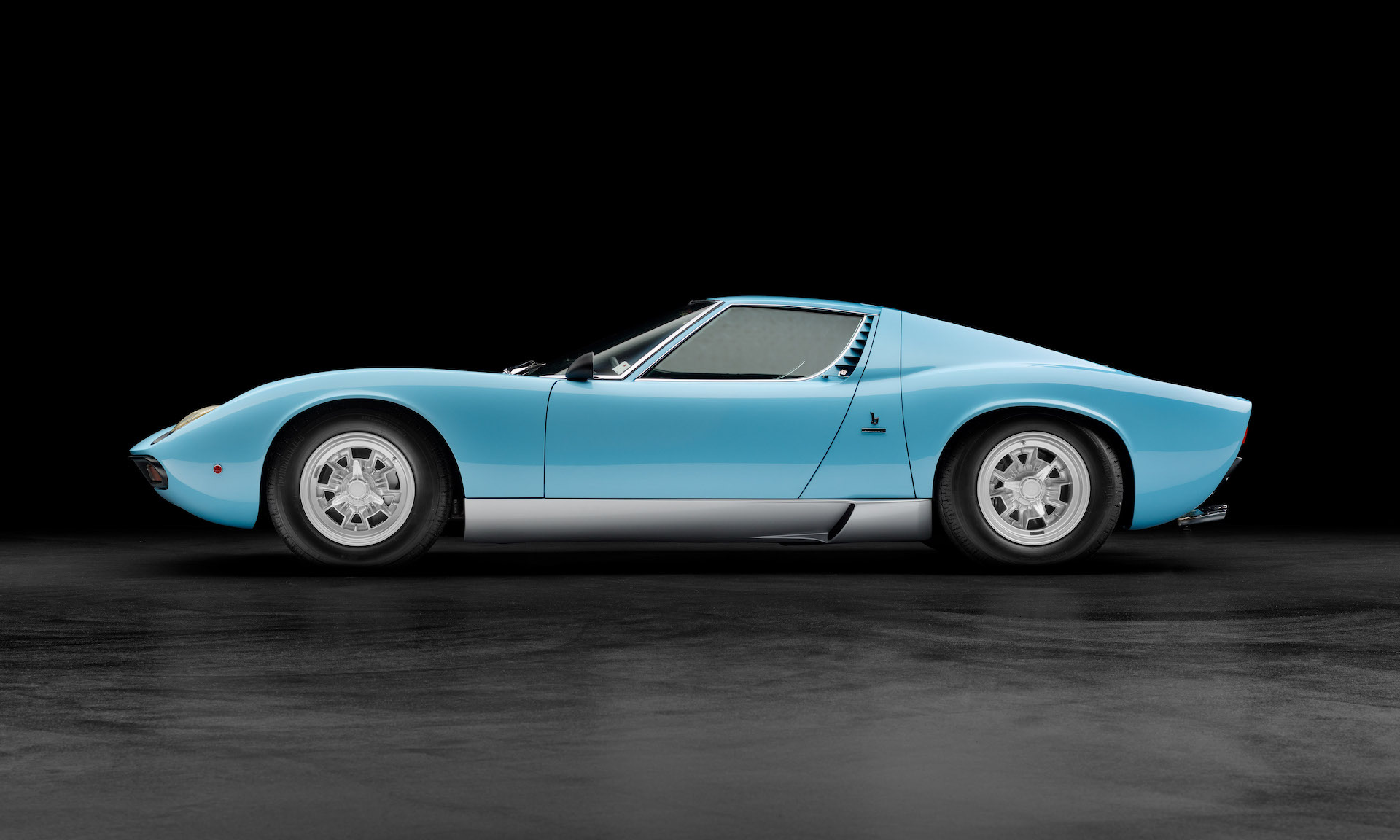 Lamborghini is celebrating the 50th birthday of arguably its most iconic creation, the Miura SV. The last iteration of Lamborghini’s now-legendary P400 project is widely known as the pioneer of the supercar as a concept. 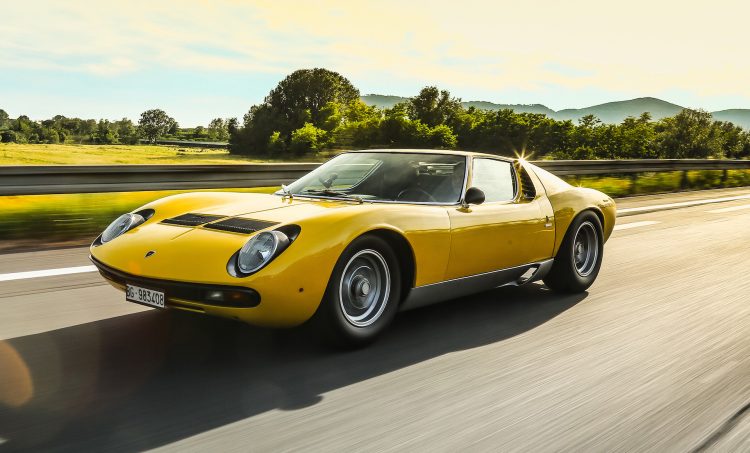 The Lamborghini Miura SV was first unveiled to the world in March, 1971 at the Carrozzeria Bertone stand at the Geneva Motor Show. It sat alongside the Countach LP500, which at the time, was just a concept car of Lamborghini’s vision for the future. 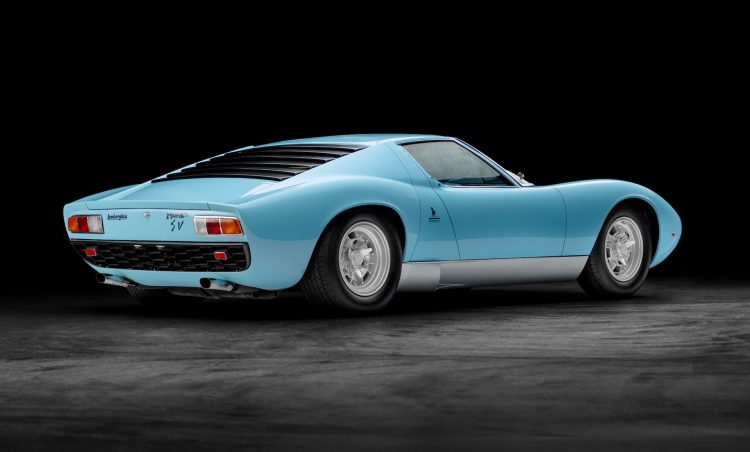 Lamborghini’s chief engineers, Giampaolo Dallara and Paolo Stanzani, said at the time that the development of the SV would not have been possible without the groundwork laid down in the previous five years of the Miura’s production.

The 4.0-litre V12 engine received an 11kW power increase over its smaller siblings, bringing total power to 283kW at 7850rpm, with a torque figure of 400Nm. These outputs translated to a top speed of 290km/h, and a 1km sprint in 24 seconds. 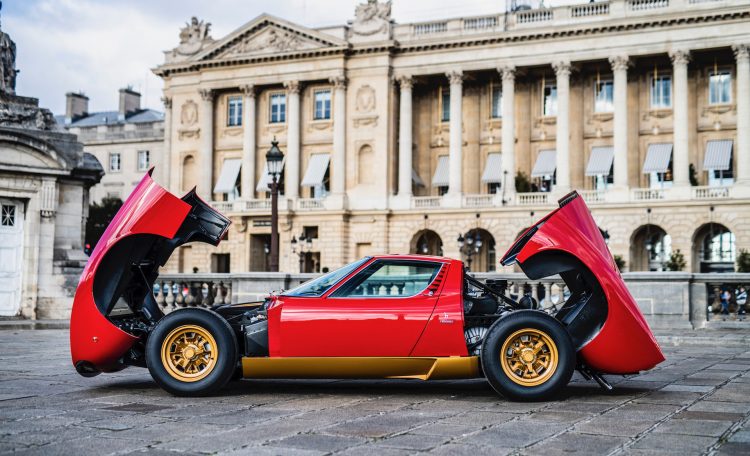 A new engine lubrication system also ensured the engine was running smoothly, and lessened the chance of metal shavings from the transmission entering the engine block and creating an extremely expensive series of events.

Underneath, the SV received a stiffer chassis, revised rear suspension, and 130mm of wider track for improved handling. The width of the rear wheels also increased from 7 to 9 inches, wrapped in 255-section rubber.

Lamborghini’s legendary designer, Marcello Gandini – who was responsible for the original P400 project – took care of the styling updates, widening the fenders, adding a new air intake up front and making changes to the taillights. 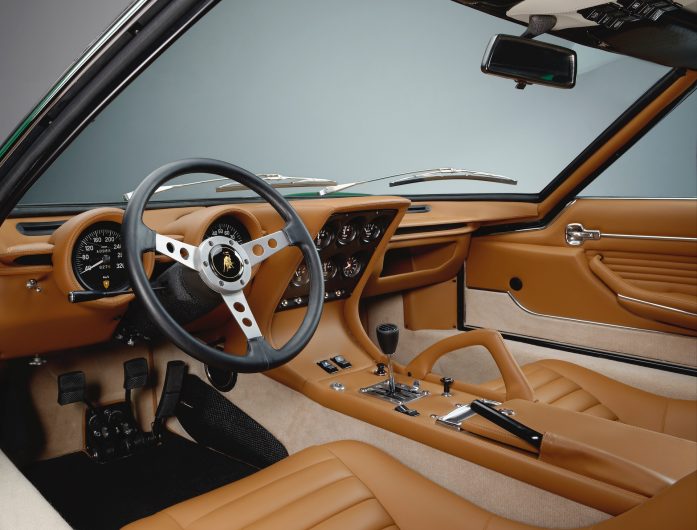 Perhaps the most notable change to the Miura SV’s styling was the removal of the iconic ‘eyelashes’ that flanked the headlights on the initial models. Interestingly, in the name of saving production time, Ferruccio Lamborghini told his staff not to bother applying eyelashes for the SVs. Interestingly, Ferruccio Lamborghini’s personal Miura SV retained its eyelashes, making it the only example in the world with that unique detail.

Sadly, in 1973, two years after its introduction at the Geneva Motor Show, the last customer-ready Miura SV rolled out of the Lamborghini factory after its run of 150 units came to an end.

Two years after that production run ended, Lamborghini pumped out one last Miura SV for Canadian oil billionaire, Walter Wolf, which is now housed at the Lamborghini Museum in Sant’Agata.

Join us in wishing the iconic Miura SV a very happy 50th birthday; you don’t look a day over 30.