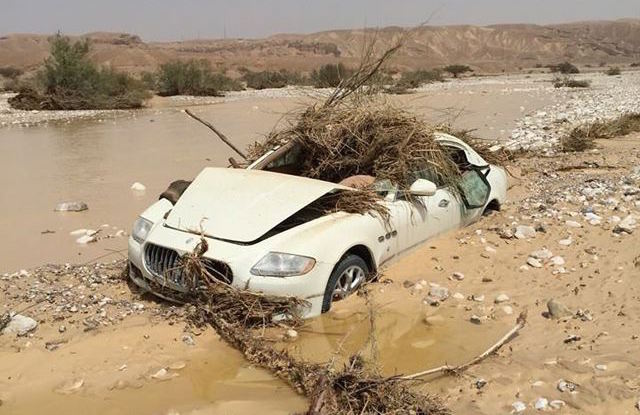 How’s this for a sorry sight? It’s a relative new Maserati Quattroporte, damaged and abandoned after recent floods in Israel. 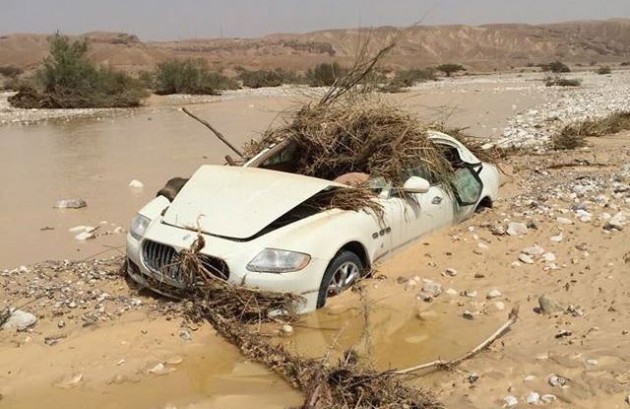 The Italian exotic was found left to die at the bottom of a riverbed. It has suffered considerable damage, with flood water ravaging through the ins and outs of every corner, along with panel damage likely brought on as the car was swept away.

Full details on the backstory of the car and its owner are unknown, with these images only recently surfacing on Twitter. Rumour has it the owner tried to drive across a flooded road, only to be swept away. Hopefully the occupants got out safe and well before this happened.

It’s understood the car has been sitting for some time, or at least long enough for the water to completely settle only leaving dirt and sludge. Some of the parts still look intact though, such as the headlights, grille, and the iconic badges which are an interpretation of the symbol for the god of the sea.