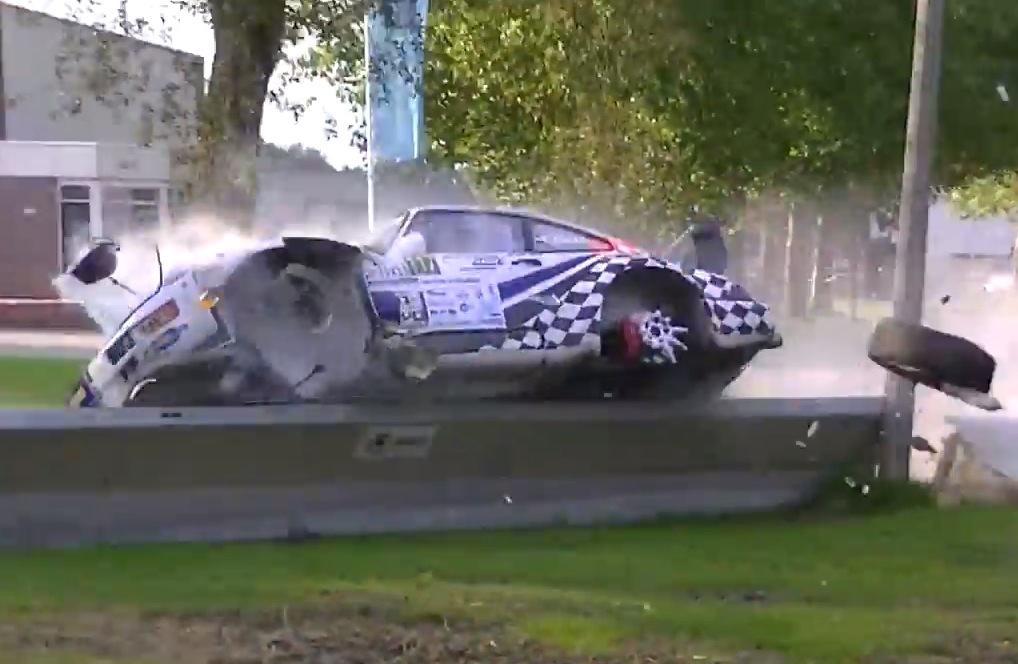 A rather spectacular and quite violent crash has been captured on film at the recent Hellendoorn Rally. Driver Harry Kleinjan lost control in his mint Porsche 911 964 RSR FP4, after suffering from what appears to be a sticky throttle. It also seems Kleinjan forgot to release the brake pedal once the wheels locked up.

As you can see below, the result is brutal. The Porsche slams into the concrete barrier with huge force and then flaps over only to land upside down in a creek. The force of the impact shifts the barrier which sheers off the front wheel. The driver and co-driver escaped without major injury.

Porsche's most popular model in Australia, the Macan, has been updated for the 2022 model and now it packs more...