In the hands of World Rally Championship driver Mads Ostberg, a Qatar M-Sport World Rally Team Ford Fiesta WRC car has broken the world record for a car jump distance on the snow. 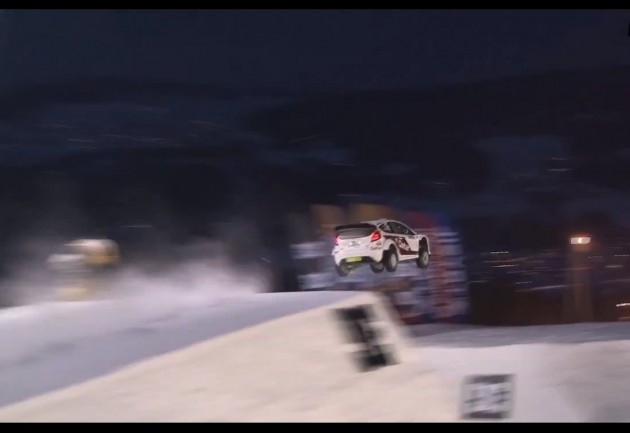 Ostberg took five attempts to complete the jump, soaring an incredible best of 60.48 metres. The car, which featured studded rally snow tyres, reached 150km/h before even hitting the jump. Ostberg was understandably excited by the result, saying,

“It’s a fantastic feeling – I loved it. When I was flying I just wanted to be in the air even longer. You just want a bit more, a bit more and you don’t want to land. This was the longest we could jump tonight. Maybe we’ll go even longer next year!”

Despite Ostberg’s urge to jump even further, he has planted a world record for a vehicle jump on snow. The longest jump overall, on any surface, was achieved by Travis Pastrana in 2009, flying 82 metres in the air before landing.

Click play below to see a flying Ford Fiesta in freezing conditions. It’s interesting to see Ostberg takes his co-driver for the leap as well.