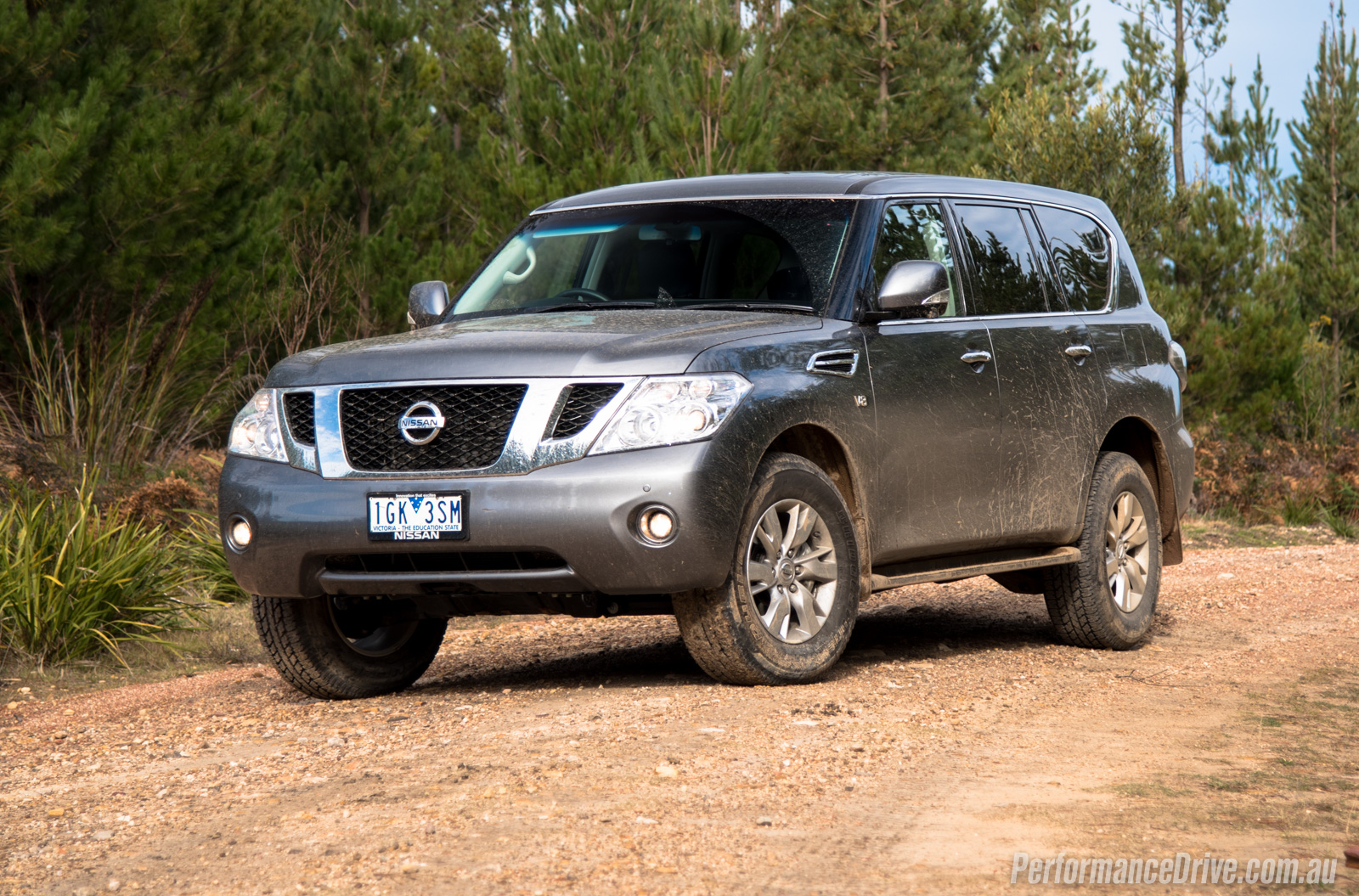 If size does matter to you then this could be the answer to all of your car-related stature problems. It’s the 2016 Nissan Patrol Ti V8, and it is, physically, one of the biggest passenger vehicles available in Australia right now. 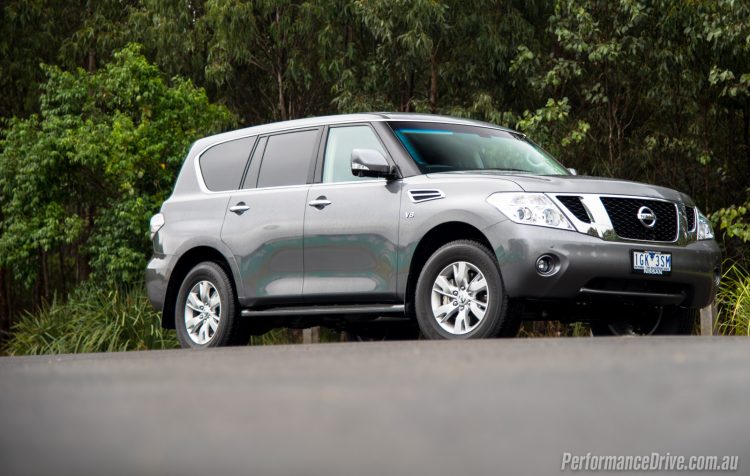 This shape Patrol, known as the Y62, hasn’t been as popular as the previous-gen model. Part of this can be blamed on the lack of variety in the engine lineup. There is just one option; a mega 5.6-litre twin-cam naturally aspirated V8 petrol, code-named VK56VD. Sure, it churns out a whopping 298kW and produces one of the cleanest and most refined V8 soundtracks we’ve ever heard, but it does consume fuel like there’s no tomorrow.

For the time being Nissan Australia still offers the older shape Y61 Patrol diesel along side this mammoth. However, the Y62 is regarded as the more up-market offering leaving the old Y61 to cater for heavy-duty work and more serious off-road enthusiasts. 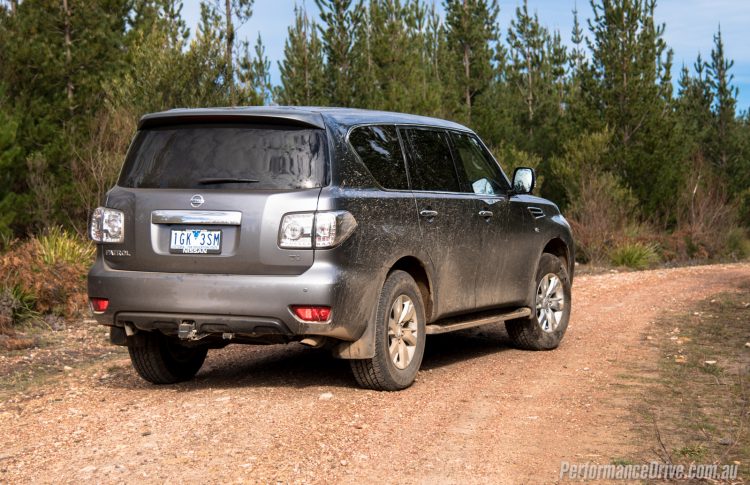 We weren’t lying when we said this is one of the biggest passenger cars on sale. At 5140mm long, 1995mm wide, and 1940mm tall, it’s actually wider and longer than a Toyota LandCruiser (4990mm, 1980mm), longer than a Range Rover Autobiography (4999mm), and longer than a Mercedes-Benz S-Class sedan (5116mm). In fact, one of the only standard vehicles that is longer is the Bentley Mulsanne limousine (5575mm).

The sheer size obviously resonates well for passengers, with a huge cabin presenting an attractive combination of luxury trimmings and pure spaciousness. Legroom and headroom isn’t going to be an issue in the front or second rows, no matter how substantially-portioned the individual is, with the second row perhaps presenting more space than the front. We took the in-laws for a drive down to Wollongong during our test, only to catch them snoozing in the back. The lounge-room-like comfort presents a perfect haven for a sneaky kip, especially with the absorbent independent suspension all around and rear climate control – and the soothing rumble of the V8.

Compared with its key rival, the almighty Toyota LandCruiser, the Patrol Ti interior setting is slightly more favourable in our opinion. They both present typically Japanese luxury, in that there’s plenty of hard plastic and tacky wood trimmings, but we think the Patrol just edges ahead in terms of quality and layout. There appears to be more leather on the dash and less plastic around the place, although hardly reaching European levels of refinement for fit and finish. There is a massive spewing of buttons on the dash, which can get confusing, and there are an alarming number of button blanks (seven on the right of the steering wheel alone), despite the Ti being relatively high up in the range. 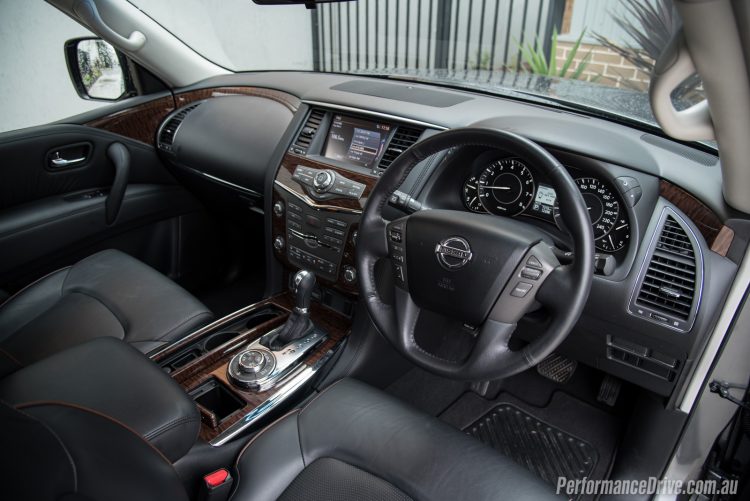 It does come very well packaged overall though, with a soft leather upholstery, climate control for the rear passengers with vents in the ceiling for all three rows, an electric sunroof, sat-nav, and rear-view camera. Most of the entertainment functions are operable through the dash interface, which, in our opinion, is far behind its time. It’s clunky, confusing, and the media system doesn’t allow for Bluetooth music streaming. The menus and graphics also seem like they are from the previous decade, as with the small and poky instrument cluster LCD. In saying that, the rest of the instrument cluster is rather elegant when lit up at night. With a nice big touch-screen that takes over all of the current fascia we think this would be a much more convincing modern-day SUV.

In terms of the off-road preparation, the Patrol offers the driver a number of driving modes (sand, rock and snow), and a rear differential lock. There’s also hill descent control, low range, and an impressive set of external dimensions – more on that later. As briefly mentioned, the Patrol V8 uses fully independent suspension all around, which is perhaps not as heavy duty as the live axle setup offered on the Y61 Patrol and LandCruiser. 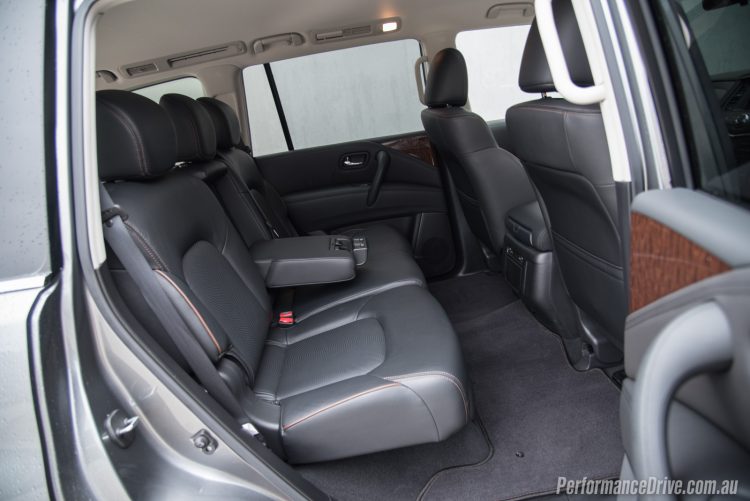 The best thing about the drive is the engine. There’s no doubt about it. It suits the Patrol’s personality perfectly. It’s not a low-revving torque monster either. It revs out to about 7000rpm. Peak power, all 298kW of it, comes in at 5800rpm, and 560Nm of torque is available smack-bang in the chunky portion of the rev range at 4000rpm. This means the unit offers progressive power delivery and strong mid-range grunt. Flat out off the mark we recorded 0-100km/h in 7.57 seconds, which certainly isn’t slow, and not just for a heavy-duty SUV.

Paired up to the seven-speed auto, the engine is asked to jump into higher gears as soon as possible, particularly from first to second as it tries to control some of its thirst for fuel. Kick-down response is good though, with a sensitive throttle providing instant acceleration and overtaking performance. For the sporty drivers there’s also a manual mode with up and down toggling for selective gearing. Despite the vehicle’s obvious off road intentions, manual mode is supported by race-like rev-matching throttle-blips on downchanges. These are perfectly synced up too, and actually enhance the drive for a rewarding and exciting journey. If this powertrain were in a car or sports car, it would be brilliant. In this, it’s simply surprising to experience this level of sportiness.

Every control is super responsive. The steering tips in quite quick and the chassis responds soon after. Meanwhile, the twin-piston front brakes are sensitive and powerful, which is probably a good thing given this beast weighs in at a hefty 2.7 tonnes. We recorded a best 100-0km/h emergency braking test in 40.41 metres. This isn’t bad for a super heavy-duty SUV. There is a lot of weight shifting going on when you’re quick with the steering or brakes, understandably, but once settled it does remain committed and stable. Handling is not something you usually talk about with vehicles of this nature, but the Patrol handles well. We’d say it is slightly ahead of arch nemesis LandCruiser in terms of on-road dynamics. 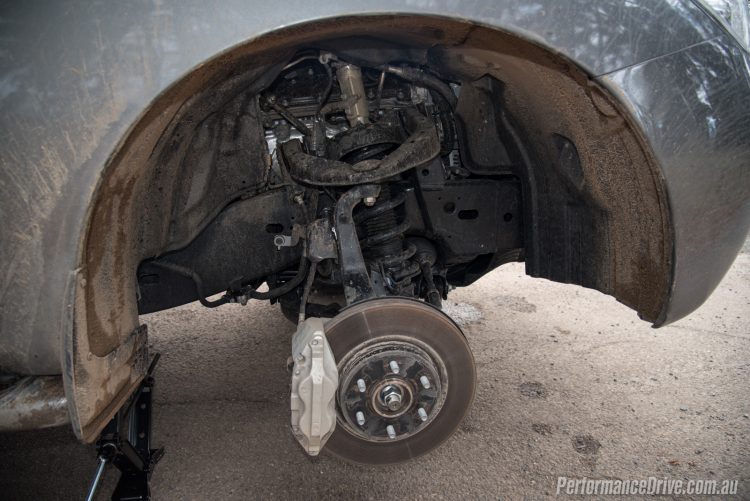 Of course, the downside to the awesome engine and more than respectable performance is fuel consumption. In real-world conditions, especially with more urban use than highway use, you can expect a fuel consumption average of around 17L/100km, and a full-tank (140L) range of about 750km. In other words, fuel economy is a very important factor for you to consider if the Patrol is on your shortlist. If you aren’t prepared to visit the fuel station on a regular basis, and spend up big when you’re there, then you need to look elsewhere in the market. For mostly highway use and touring the country it is more tolerable.

On paper, the Y62 Patrol has promising off-road credentials. There’s more ground clearance and better approach and departure angles than the LandCruiser. The former is 283mm (compared with 225mm), and approach is 34.1 degrees, and 25.9 degrees for departure. Unfortunately, there is no centre diff lock, only a rear diff lock.

So, how does it cope when the going gets rough? On anything up to moderate and even serious off-road tracks, the Patrol works over the terrain like hot lava, absorbing everything in its path. Ride comfort is particularly impressive on rough dirt roads and rutted sections. This is obviously thanks to the independent suspension. Where things start to slip behind is in very serious conditions. The differentials and drivetrain don’t cope well in really technical situations, and if articulation is needed to clamber over awkward boulders or small ditches, the Patrol only gets through with sheer torque and momentum. The massive size also brings up some restriction in tighter sections. Overall, it is a mighty machine. With high ground clearance and short overhangs, buyers will be happy to note light body scuffing won’t be a common occurrence.

On our test we had a flat tyre. It was pierced by sharp stones right in between the tread. Changing the wheel was a bit of a hassle, but if you follow the instructions exactly it can be done in around 10-15 minutes. The benefit of the hassle is you get a full-size spare and you don’t need to remove all goods from the cargo area as the spare is housed underneath. It would be a shame if you were stuck in mud, though. 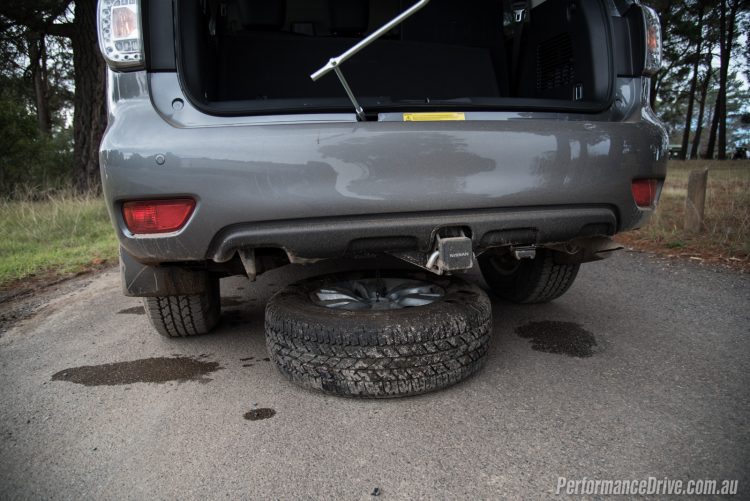 If you want a super-size family car with proper off-road ability, there are a number of seven-seat SUVs on the market at the moment to choose from. The Patrol stands out with a beautiful V8 engine and rewarding performance, along with sheer cabin size and pampering highway comfort for all passengers. Be prepared for a big fuel bill though.

If we had to decide between this and the petrol LandCruiser, it surprises us to say this but we would choose the Patrol. It offers a superior interior, better ride comfort, and on-road driving dynamics. In every other case, the LandCruiser V8 turbo-diesel remains the way to go in our opinion.