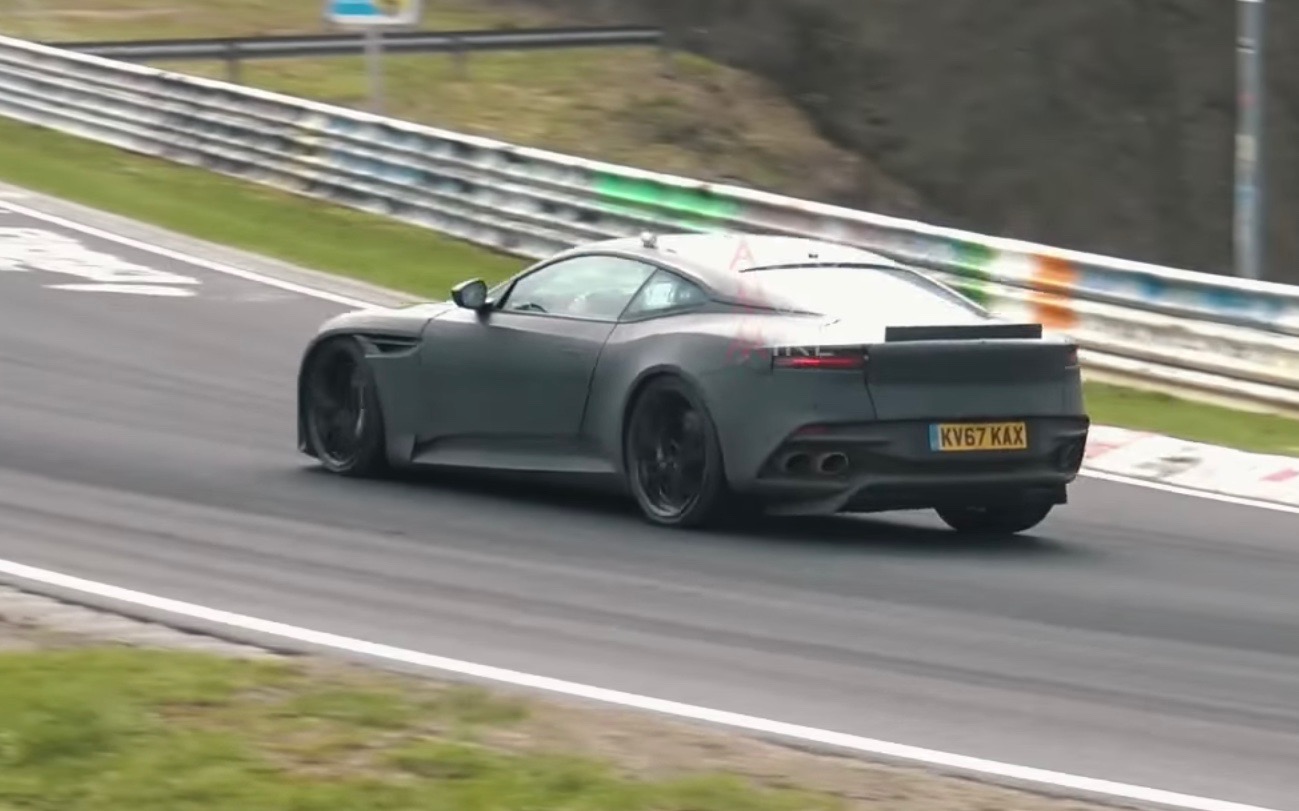 Aston Martin has been spotted test driving a prototype version of what has to be the new DBS Superleggera. We say ‘has to be’ because the company only released a teaser for the new model last week, which means testing is probably well and truly underway. 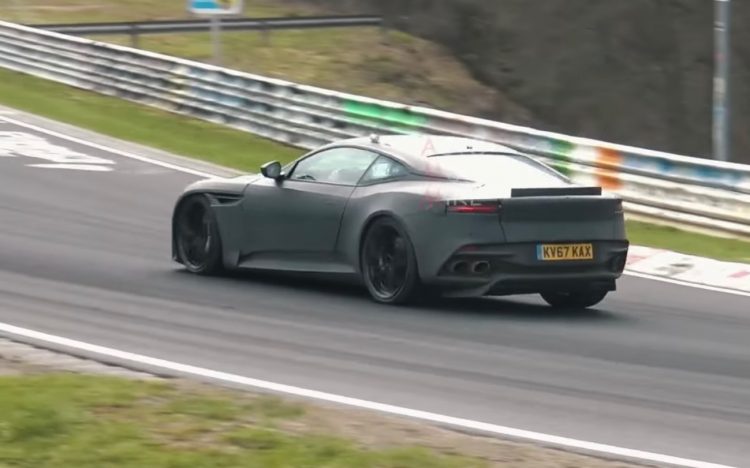 Set to come in as the new flagship of the showroom range, the new DBS is expected to be based on the DB11 coupe. And judging by this spy video, it does appear to be wearing most of the DB11’s body. However, the new model will sport a suitably serious aero kit with bespoke skirting around the body.

From the front you can clearly see the DB11-style vents behind the front wheels, as well as the contoured bonnet that leads down to a huge open-mount grille section. Meanwhile the rear looks much more aggressive, with a chunky diffuser and quad-outlet exhausts poking out. Some of the trimmings don’t appear to be finished yet, at least on this prototype.

Being based on the DB11 suggests Aston Martin will use its new 5.2-litre twin-turbo V12 engine. Power is likely to be tweaked from the standard 447kW/700Nm output though, potentially to around the 470kW mark.

Also helping with performance will be some degree of weight reduction. It’s been confirmed the new DBS will feature a ‘Superleggera’ badge on the bonnet, which is the Italian word for ‘super light’. Aston wouldn’t fit this badge if a fair amount of weight reduction wasn’t involved. In standard form the DB11 has a kerb weight of 1875kg in V12 form. This could be reduced to around 1800kg, considering the old DBS was about 50kg lighter than the DB9.

We won’t have to wait much longer to find out all of the tasty details. All will be revealed in the second quarter of this year, Aston says. In the meantime, check out the video below for a preview of its performance and soundtrack.