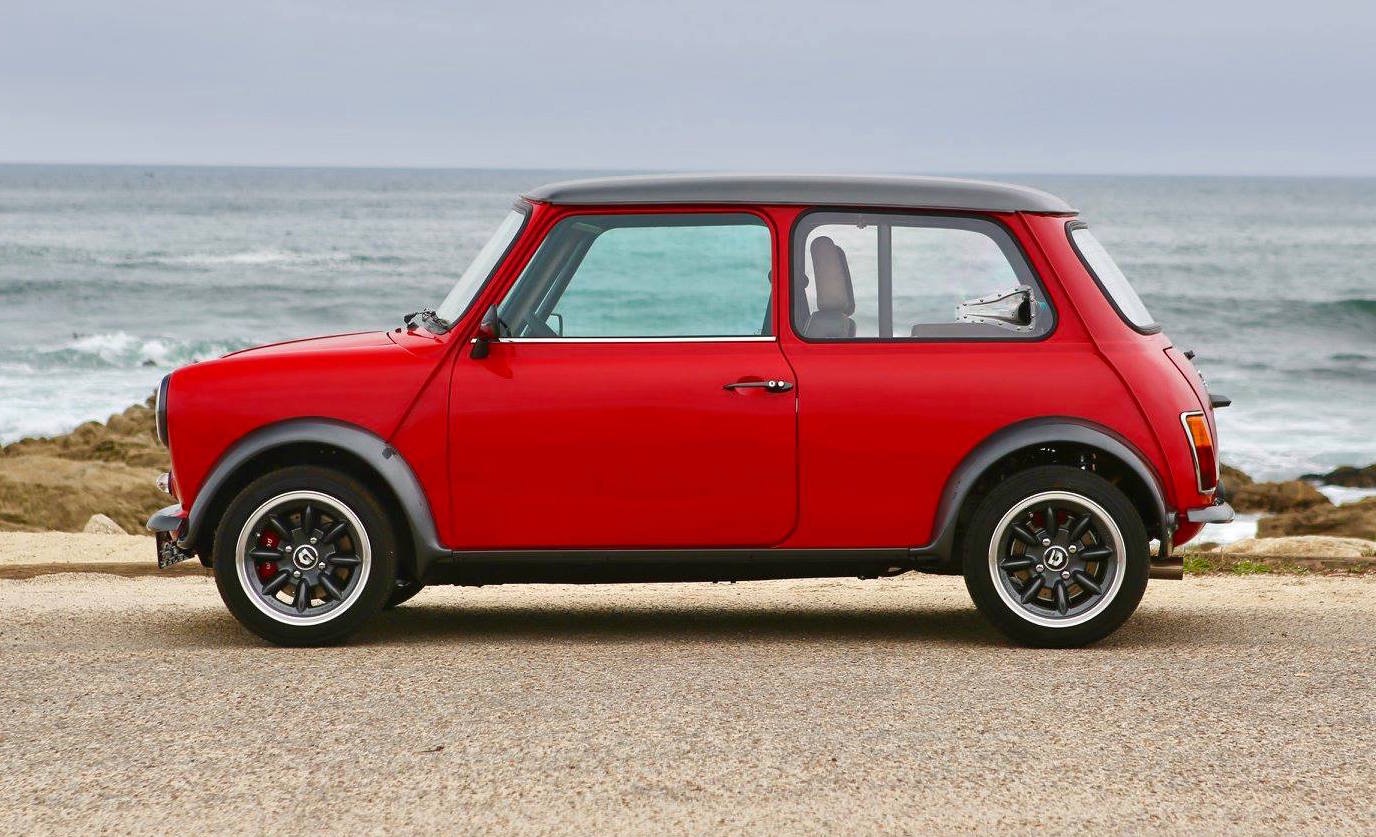 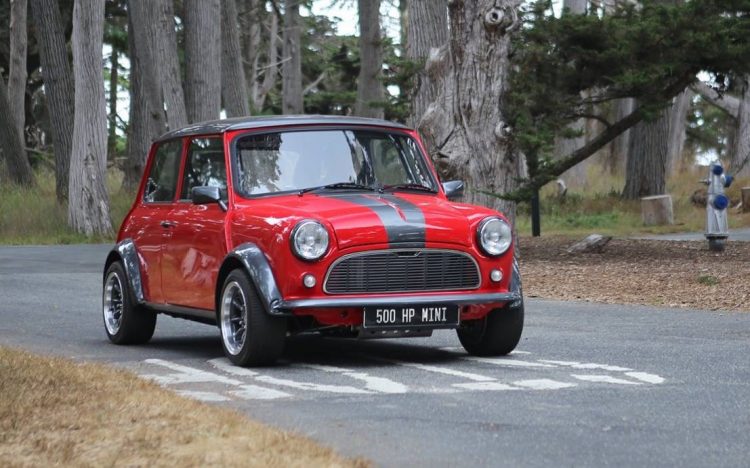 Under the bonnet you’ll find… not much, actually. There’s a radiator and a custom petrol tank. If you take a look at the side view though you might notice the suspiciously racy intake scoops embedded in the rear quarter windows. These feed the engine, which is installed in the back of the cabin, behind the front seats.

It’s not just a normal Mini 1.3-litre engine, either. The builder, Californian-based Gilred Racing, thought it might be a good idea to squeeze in a 3.2-litre Honda ‘J32’ V6 into it. Alone, that would provide more than enough power, with outputs (depending on the exact vehicle source) spanning between approximately 150-200kW. 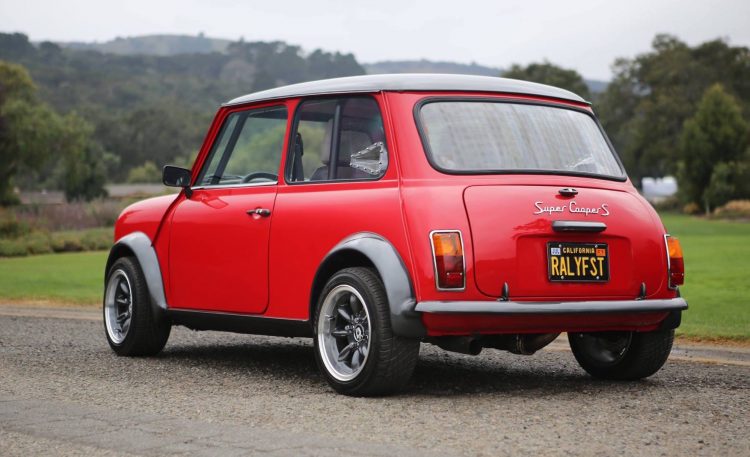 Not happy with that, the team fit a J35 crankshaft to expand the capacity to 3.5L, bolted up some Arias forged pistons and Crower H conrods – running a 9.5:1 compression ratio – affixed some 850cc injectors, and to top it all off, bolted on a Rotrex C38-81 supercharger. It’s all controlled by a AEM stand-alone 6051 EMS with a Wireworx engine harness.

Gilred Racing is renowned for rebuilding classic Minis and so the rest of this project car is completely overhauled and modernised in all of the important areas. There’s a neat 9.7-inch touch-screen on the dash, a new instrument cluster that features chrome trimming to suit the era, and a retro control panel complete with an aluminium starter button. Some Recaro seats and a three-spoke sports steering wheel complete the decor. 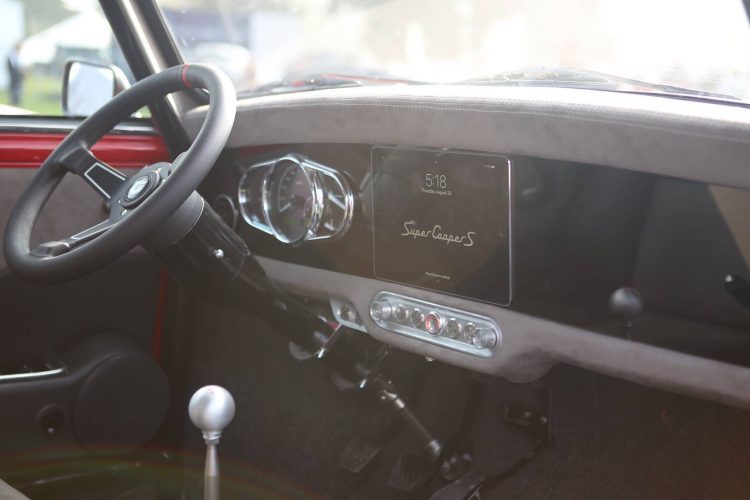 Gilred Racing can actually build you a similar package, with prices starting at around US$150,000 for a turn-key build. Although, the company’s website says this example is “#1 of 10”, suggesting it is only planning to take on 10 orders. Check out the video by TheSmokingTire below for more. It includes plenty of acceleration runs.