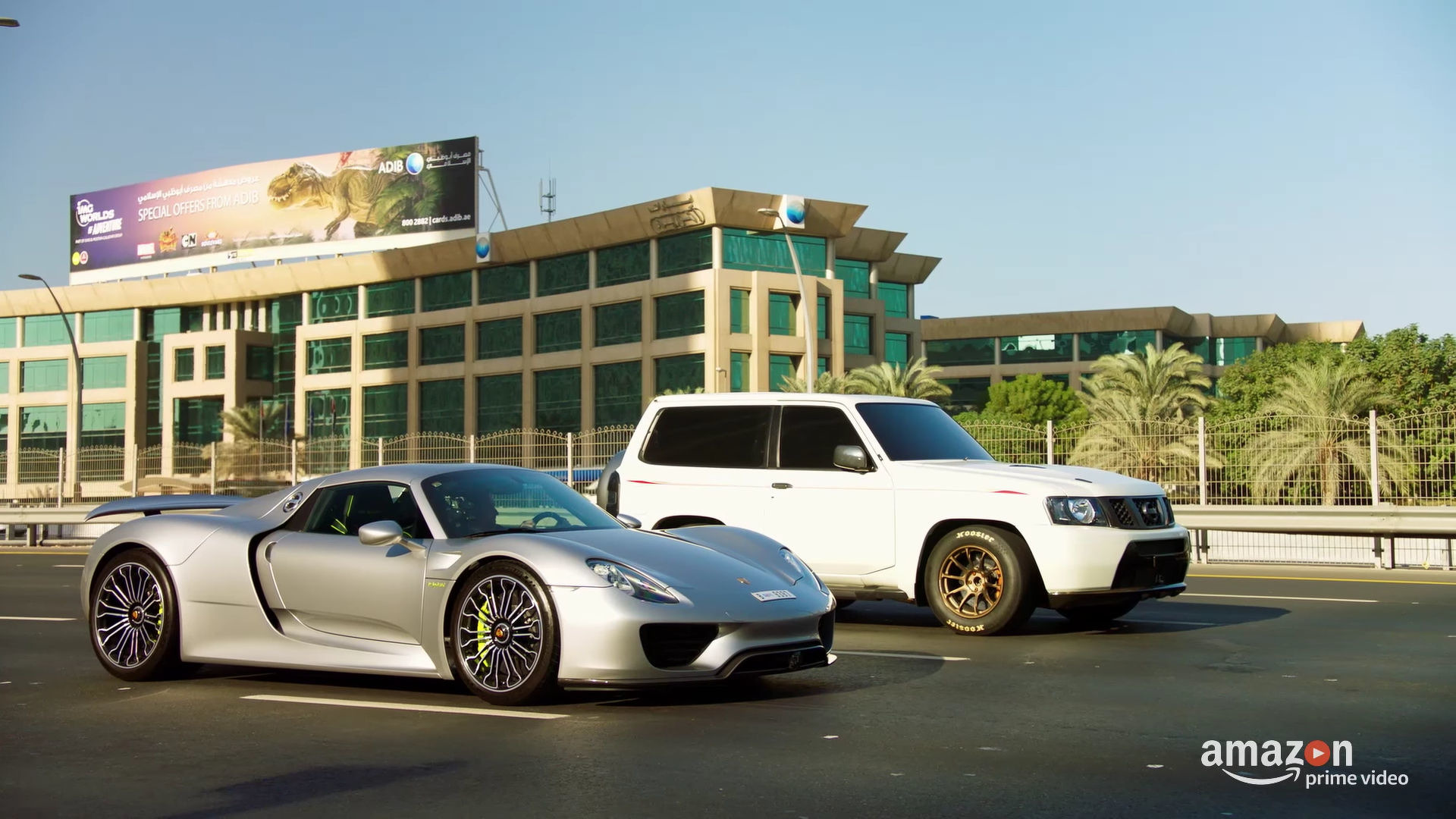 A clip from an episode of The Grand Tour featuring a drag race between a Porsche 918 and Nissan Patrol has hit the web – a pretty clear cut victory you would think. 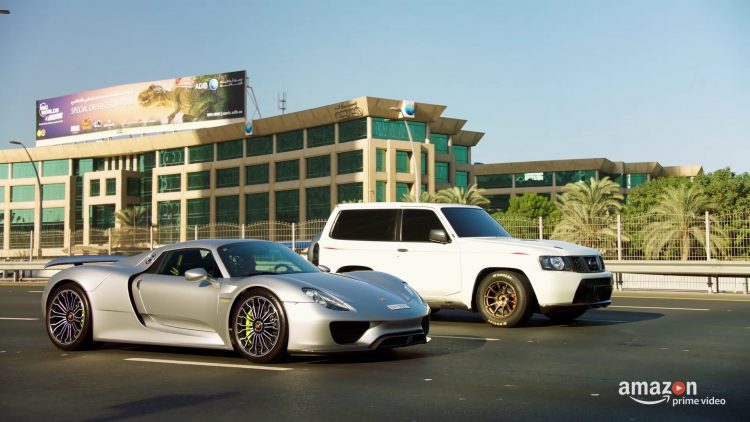 Not so, it would seem. The Middle East is a haven of modified Nissan Patrols. Long time readers of PD would notice we have previously featured a 1000kW (1MW) Patrol based on the 4.8-litre straight-six motor. It is good for 308km/h.

This one featured in a stunt with Richard Hammond utilises the VR35DETT found in the R35 GT-R as a basis and whips up over 1900hp (1416kW), thanks to F Performance Garage in Dubai. This helps it eclipse the black beauty we featured earlier with a top speed of 329km/h.

Other modifications include semi-slick tyres, gigantic brakes, GT-R-spec bonnet and functional vents, plus launch control from that donor vehicle.

The Porsche 918 itself is no slouch, with 0-100km/h times coming in less than 3.0 seconds, so for it to leave that car for dead is no mean feat. Thus it has earned the internet moniker ‘918 Killer’.