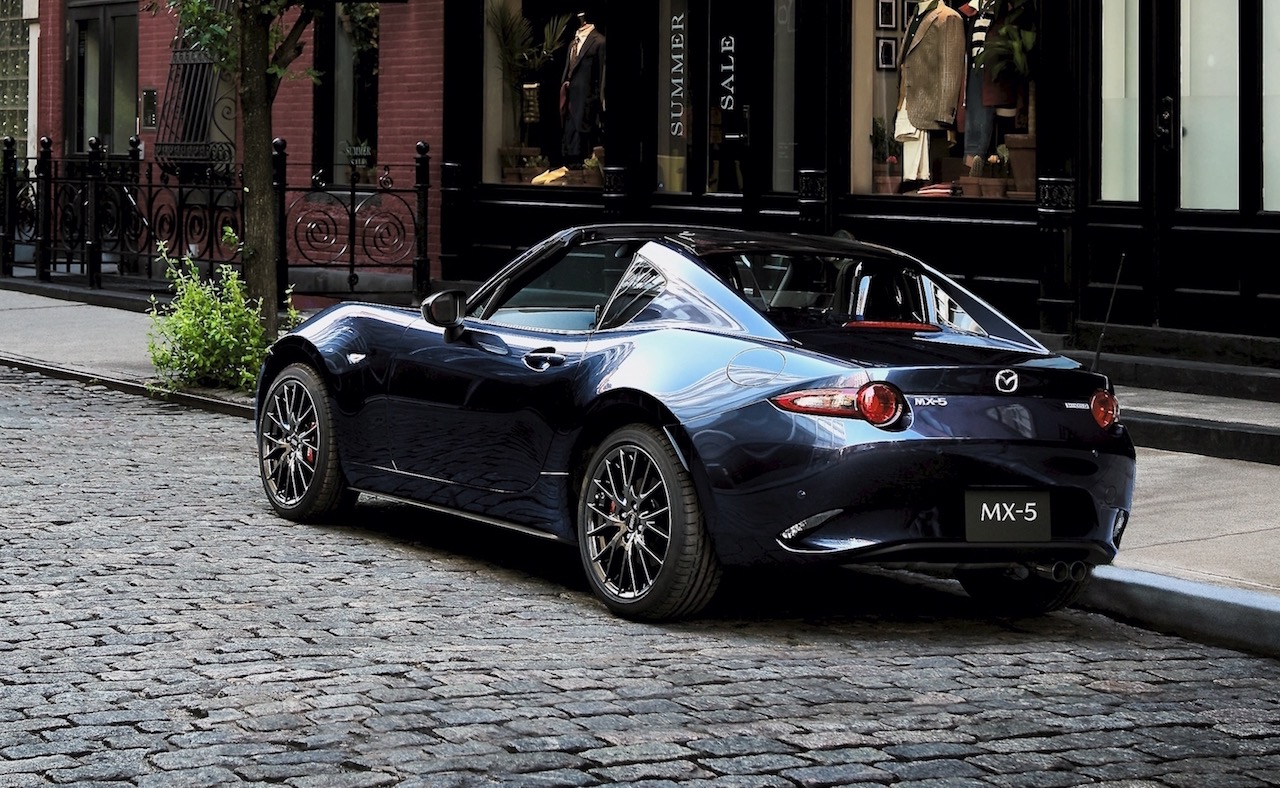 The fun-loving Mazda MX-5 has been updated for 2021, with a special Australian-market MX-5 RS joining the lineup to bring even higher levels of driving appeal. A range of other minor updates have also been applied to the range. 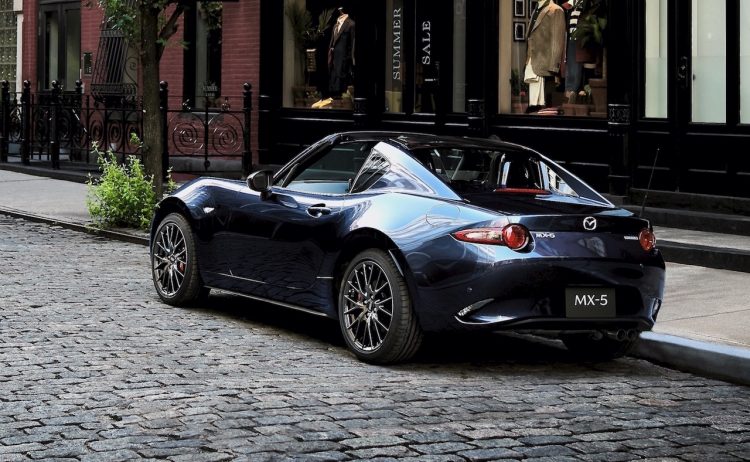 MX-5 fans in Australia might remember the limited edition from a couple of years ago, featuring some attractive enhancements to some of the hardware. Well, the new MX-5 RS looks to carry through a similar philosophy. Like that older version, the new RS comes with specially-tuned Bilstein dampers at the front and rear, and a high-performance Brembo brake package.

The new brake package includes 280mm front discs with four-piston red-painted calipers. These not only provide improved stopping performance but also reduce unsprung mass by 2kg, improving handling dynamics. On that note, the handling is further enhanced by Bilstein gas dampers. Mazda promises track-ready grip and feedback with these, while “smoothing off the sharpest road edges” during regular driving.

To help the RS stand out in terms of design Mazda has fit a set of 17-inch forged alloy wheels provided by renowned wheel producer BBS. These are wrapped in 205/45 Bridgestone Potenza S001 tyres. There’s also a solid alloy strut brace added to the front suspension, along with black side mirrors for a sportier look (also applied to new 1.5L Roadster and 2.0L RF models). 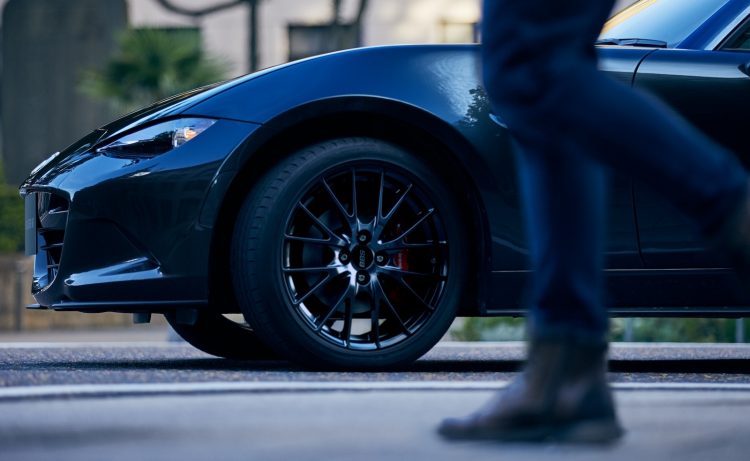 The RS is available in Roadster and RF form, based on the GT. Although there is a 1.5-litre engine option in other variants, the RS comes with the 2.0-litre engine, producing 135kW, and it’s matched to a six-speed manual only. Speaking about the RS variant, Mazda Australia’s managing director, Vinesh Bhindi, said:

As for other updates, the 2021 MX-5 adds wireless Apple CarPlay as standard for the 7.0-inch infotainment system, which continues to include Android Auto. A new Deep Crystal Blue paint finish has also been introduced, and there’s a crisp Pure White Nappa leather upholstery option for the top RF GT Black Roof model.

The 2021 Mazda MX-5 will go on sale in Australia in January, with prices starting from the following (excluding on-road costs): 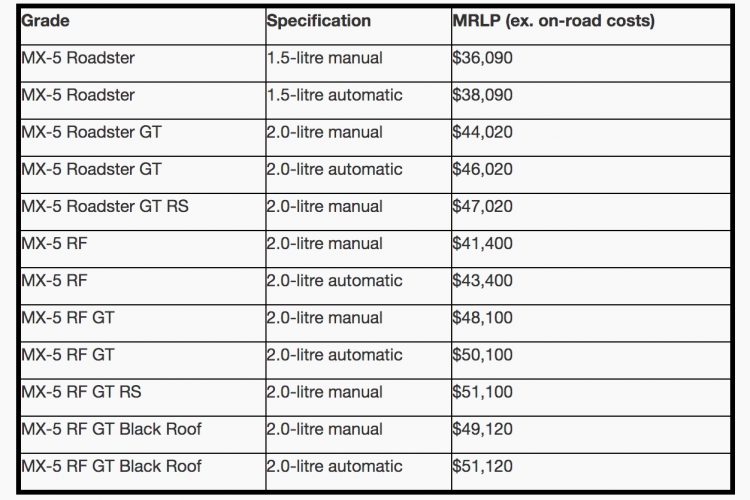