MINI Australia has announced just 30 MINI JCW GP Limited Editions for the local market, out of 2000 produced internationally. The new model is the most powerful production car the company has ever made. 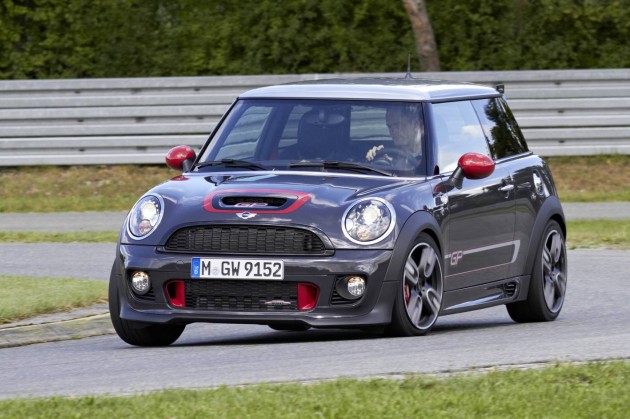 Sporting a race-tuned version of the 1.6-litre turbocharged four-cylinder engine seen in the normal Cooper S, the John Cooper Works GP edition produces 160kW of power. The engine gets a reinforced cylinder head, new pistons, sodium filled exhaust valves, and a special lightweight crankshaft. All this enables it to bear the title ‘the fastest MINI ever built’.

Specific acceleration figures haven’t been mentioned, however, the GP is not only about straight-line speed. It’s also fitted with a comprehensive racing coilover adjustable suspension setup to help it track around corners, and to enhance its circuit capabilities. In fact, the MINI JCW GP has run around the famous and torturous Nurburgring in Germany in just 8:23. 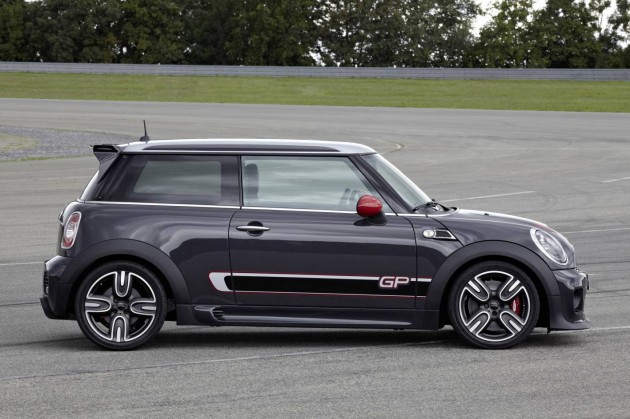 It also comes with a high performance brake package and a bespoke interior, including Recaro bucket seats and unique knee padding for times of serious lateral g-force.

On the outside, all 30 examples are painted in a Thunder Grey metallic colour scheme. The body showcases a racy bodykit with a large rear wing, underbody revisions to aid air flow, and an aggressive front spoiler to cut through the air.

“Judging by customer reactions to date the MINI JCW GP is set to become an instant collector’s item.

“Designed and built with performance and race track suitability in mind, this limited edition MINI JCW GP has been reworked from the ground up with years of racing heritage know-how from the John Cooper Works engineers.”

The GP is available to order in Australia with prices starting at $56,9000. Deliveries are scheduled to take place early in 2013.

With just 30 going on sale, they are all expected to go quick. Bruesewitz said,

“The appeal for hot-hatch aficionados and track day racers will mean the GP edition won’t sit in showrooms for long so interested customers should move quickly.”