Monster Energy X-raid Team are getting ready to take on the 2012 Dakar Rally with their new MINI ALL4 Racing rally car, after missing out on this year’s event. 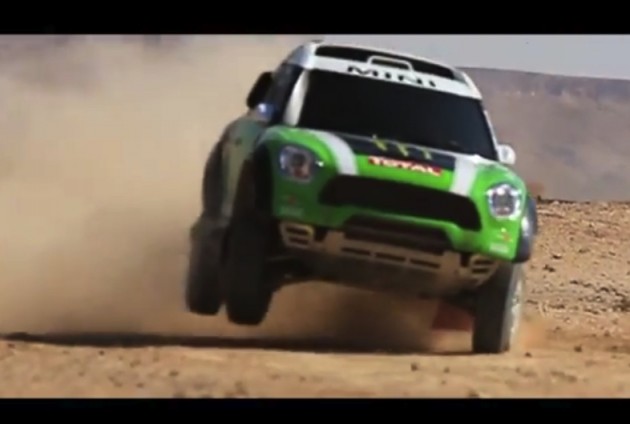 The team is currently testing the MINI Countryman-based ALL4 Racing purpose-built rally car in remote locations with similar terrain as featured in the famous and gruelling Dakar Rally.

Some may remember the Paris to Darak Rally. The Dakar Rally is the same thing, it just had to be shifted for security reasons so organisers pushed the event over to South America. As of 2009, it has been running in Argentina, Chile and Peru.

Click play on the video below for a very cool demonstration of what the Monster Energy X-raid Team MINI Countryman ALL4 is capable of.