The 1980’s Audi Quattro will remain as a legendary and iconic vehicle for many years to come. Not only it is a key cornerstone of Audi’s heritage, it’s also been strong part of the evolution of the car, and in particular, the dawn the of all-wheel drive layout. 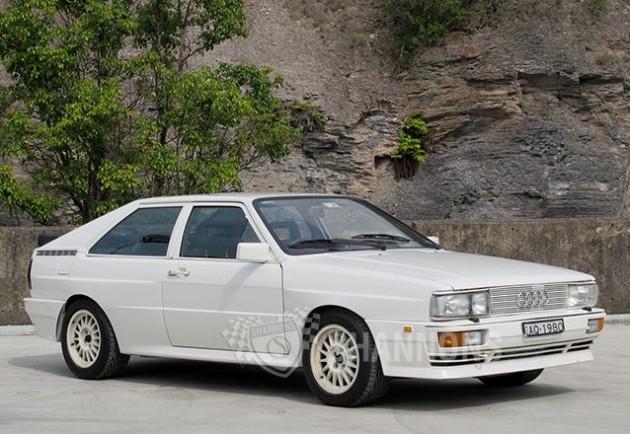 This example here will be up for grabs at the Shannons Sydney Autumn Classic auction on May 6. It has a reasonably low 94,000km on the clock and was converted to right-hand drive at just 17,000km. It’s believed to be one of the first ever Quattros to be imported to Australia.

Interestingly, the car was first owned by Vern Schuppan. The South Australian-born ex-racing car driver is perhaps best known for being a driver of the 1983 Le Mans-winning Rothmans Porsche 956. It’s understood Schuppan drove the car in Europe for those first 17,000km.

Now onto its fourth owner, the car has been meticulously kept over the years, and has been serviced by an Audi specialists at least for the six years that the current owner has kept it. It comes with all service receipts and records. 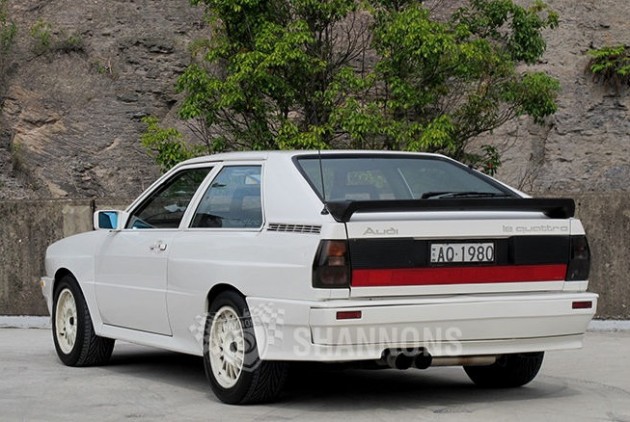 If you’ve never heard of or seen an Audi Quattro like this, they are very in Australia. The Quattro is the car that started it all in terms of an all-wheel drive sedan-based vehicle, and it completely changed rallying forever.

In the hands of famously fast drivers like Stig Blomqvist and Walter Rohrl, the race version, known as the S1 Quattro, was simply spectacular to watch and listen to as it flew across the dirt and snow in Group B rally. In race tune the S1 Quattro was, at times, packing over 440kW from its turbo five-cylinder.

For the road-going version, power comes from a 2.1-litre turbocharged five-cylinder producing 147kW and 285Nm. With electronic fuel injection and an industry-first all-wheel drive system, the Quattro was a very advanced car for its day.

Owning one of these roaring machines would be extremely satisfying. For most of us enthusiasts, it’s a car that would definitely have a place in our dream car garage.

Shannons predicts the car will go under the hammer for around $15,000 to $20,000, which is not bad at all. Head over to the Shannons description for more details.