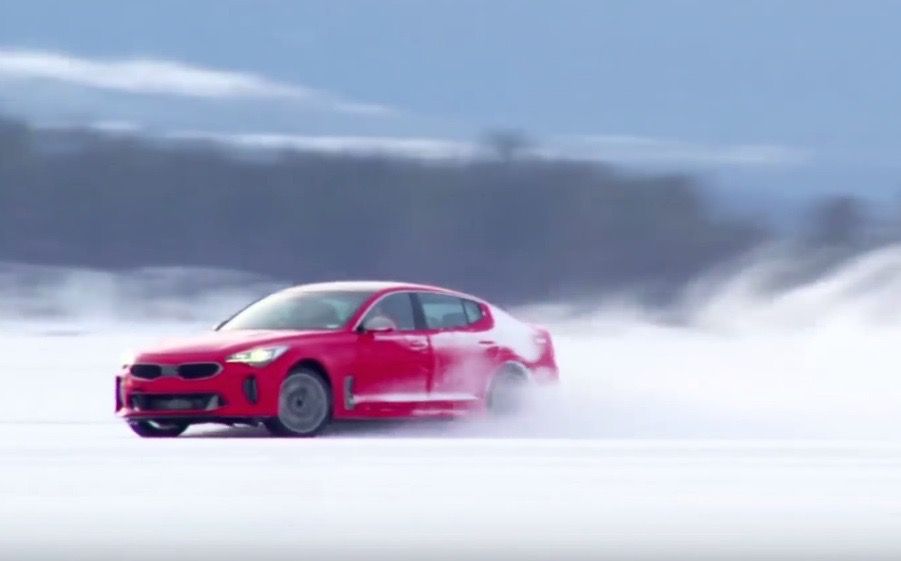 The Kia Stinger could be the most anticipated car of 2017, with more interest in Australia than any other country in the world (according to Google Trends). 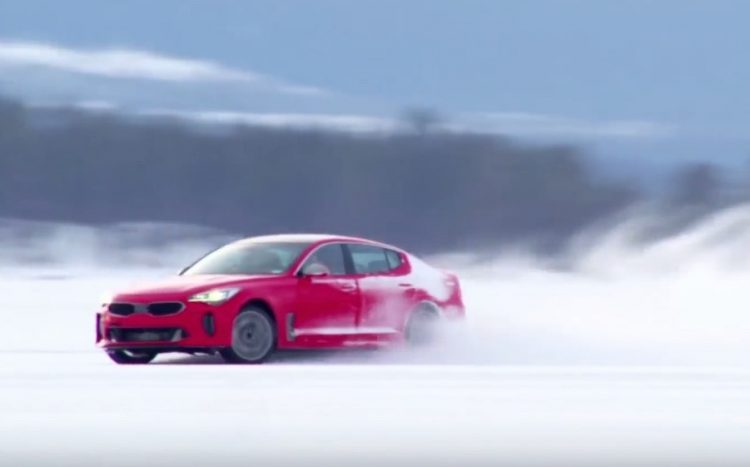 The prospect of a 4.9-second 0-100km/h twin-turbo performance sedan for around $50,000 has many former Commodore SS and Falcon XR6 Turbo customers salivating, just as they thought that luxury of choice was about to dry up.

We’ve seen engineering demonstrations of Holden’s 2018 Commodore on a racetrack, where prototypes were provoked into power oversteer by engineers thanks to the Twinster AWD system, but the Stinger will come in RWD form in Australia. An AWD option is also being developed for overseas markets.

This video below shows the upcoming Stinger on ice, making use of its mechanical limited-slip differential and achieving big angles only achievable in a true driver’s car.

The stability control is being calibrated for predictable handling, but we are willing to bet this will have an off switch. The car also has torque vectoring to the rear wheels, which is another feather in its dynamic cap. Former head of BMW’s M division Albert Biermann and his team have really pulled out all stops to ensure this car captures the hearts and minds of rear-drive performance fans.

While Ford and Holden try to shrug off suggestions that their former customers will migrate to Kia, we bet they are well and truly stinging now. Does this video make you more excited for the Stinger? Tell us in the comment section below.