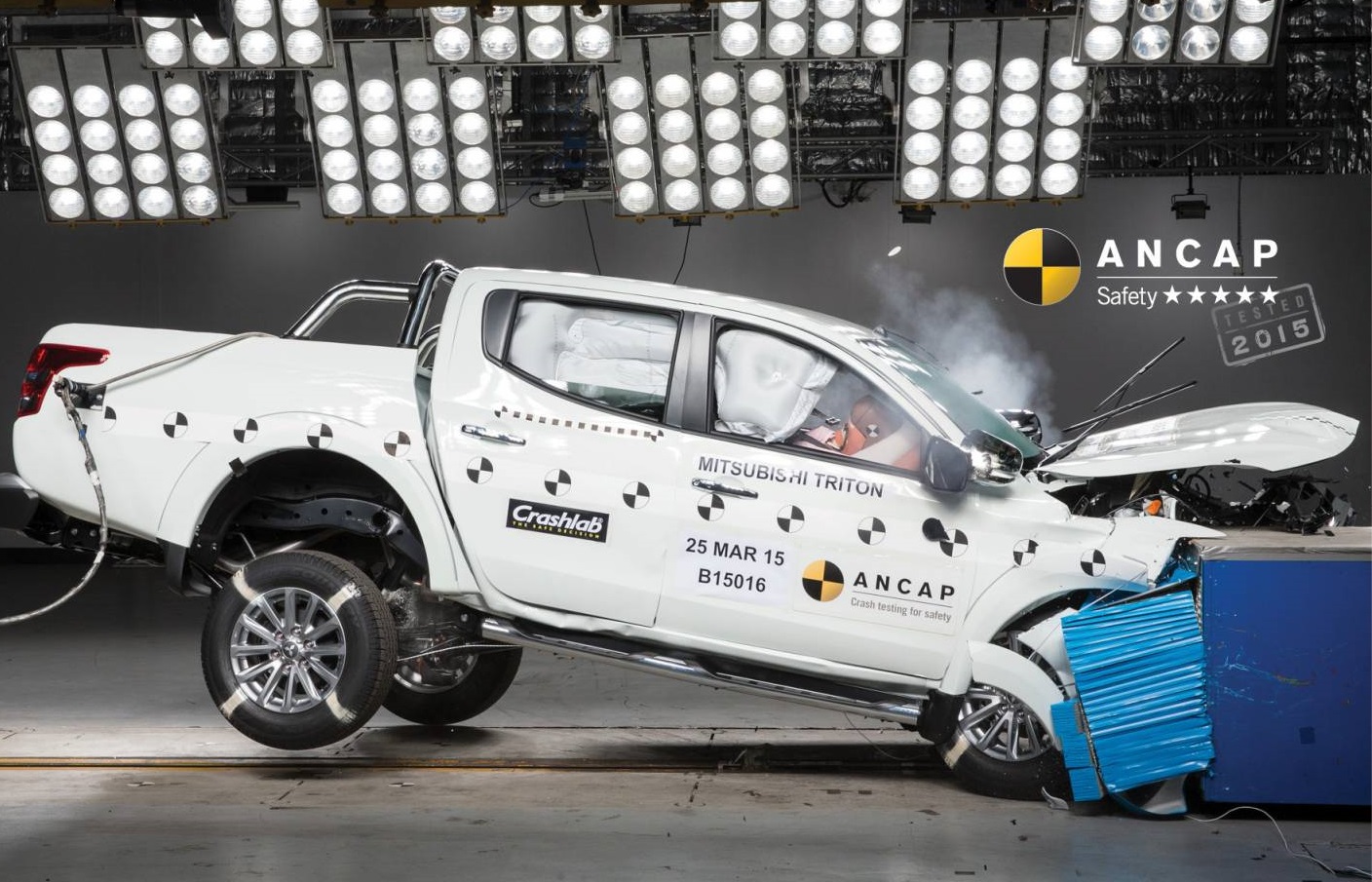 The 2016 Mitsubishi Triton has been crash tested by the team at ANCAP and it has returned with positive results. It receives a maximum five-star safety rating. 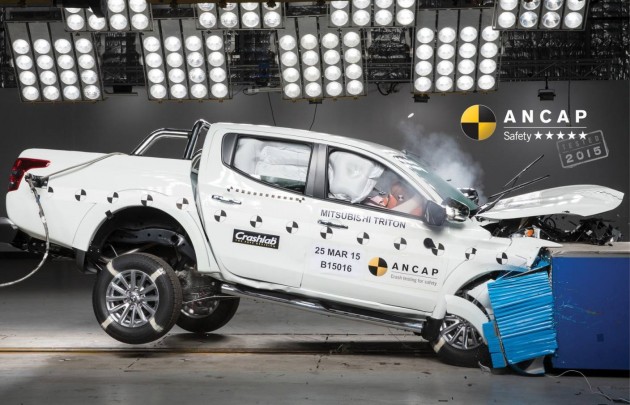 Compared with the outgoing model, which only scored four stars, the new model comes with a comprehensive list of standard safety features which push it into five-star territory. The previous model achieved an overall score of 25.08 out of 37 while the 2016 model received 36.22.

Mitsubishi will launch the new model in Australia later this month (PerformanceDrive will be attending the official launch event). All models will come with dual front airbags, curtain airbags and a driver’s knee airbag.

“The new Triton has been developed with passenger car-like attributes of comfort, quietness and advanced safety, while retaining Triton’s traditional durability and toughness.”

The Triton has been quite a popular model in the segment, often reporting second or third-best sales each month. Oshikiri added,

“We’re pleased to confirm that all models in the 2016 Triton range have been recognised with a maximum five-star ANCAP safety rating well ahead of their arrival in Mitsubishi showrooms.”

Stay tuned for our full review later this month. We’ll also try and put together a quick video for you. 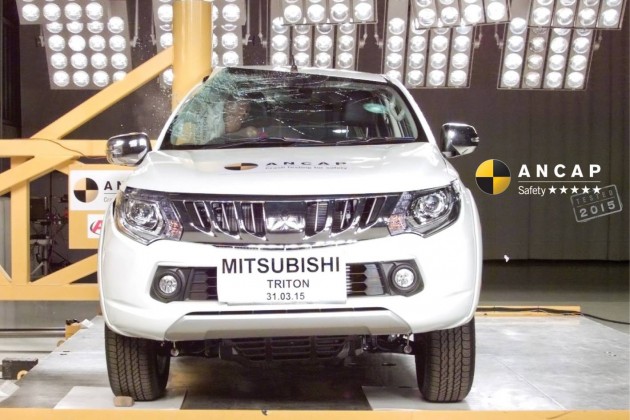