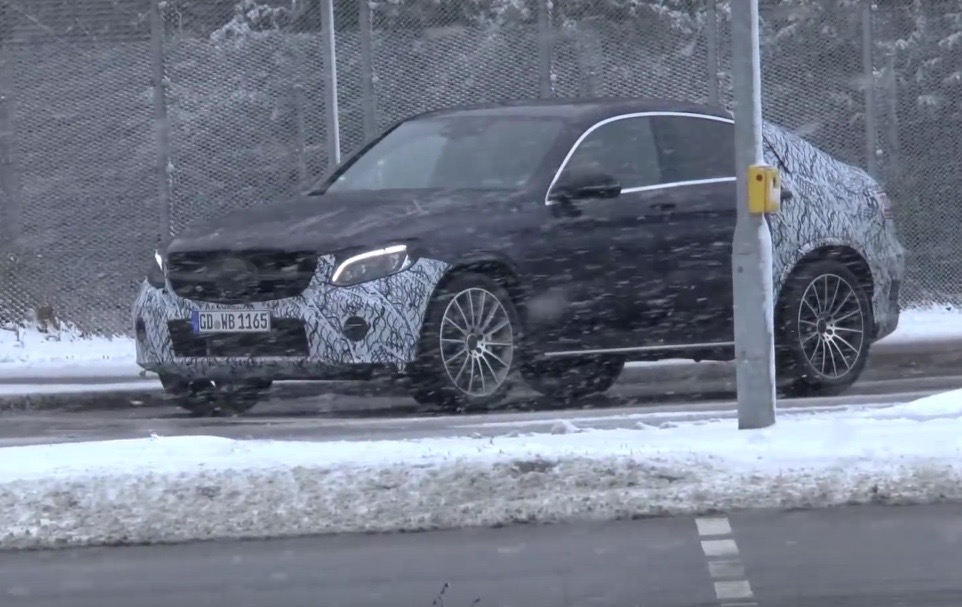 Mercedes-Benz has been spotted test driving a prototype version of the upcoming GLC Coupe in cold weather conditions in Germany. 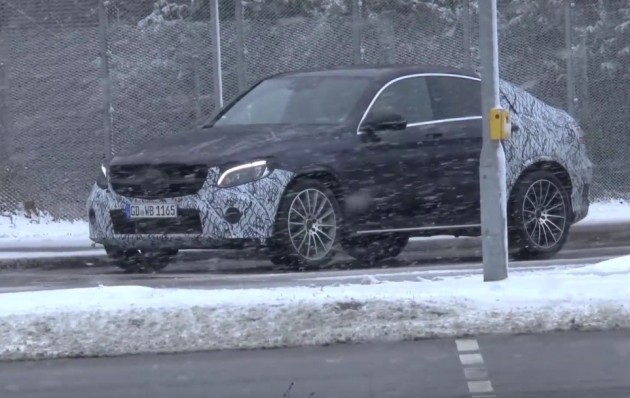 The near-production-looking prototype suggests the showroom model must be getting very near. It will be inspired by the concept of the same name that debuted in April last year.

This is Mercedes’s answer to the BMW X4, sitting in the mid-size premium SUV coupe market segment. You can think of it as like a smaller version of the GLE Coupe, using a similarly sporty silhouette.

Underneath, the GLC Coupe is based on the GLC which itself is a new badge for the old GLK SUV which was not sold in Australia. The new GLC is available locally, which means the GLC Coupe will probably land Down Under as well.

Like the regular GLC, the Coupe is expected to come with a range of turbocharged engines of petrol and diesel variety, along with a range-topping GLC 43 AMG featuring a 3.0-litre twin-turbo V6 producing around 270kW. There has been talk of an updated version of the engine, producing around 290kW.

A fully-fledged 63 AMG version is expected later down the track too, adopting the sub-division’s 4.0-litre twin-turbo V8. The AMG model is set to come with a number of performance highlights, as usual, with dedicated suspension, brakes, aero features, and bespoke interior touches.

Mercedes is likely to unveil the new coupe SUV in the very near future, perhaps at the Geneva show in March. It’s then set to hit the market from about midway through the year.