VW Passat 206TSI R-Line on sale in Australia in November

Volkswagen Australia has announced a flagship 206TSI R-Line will join the Passat range later this year, in sedan and wagon form. The new car promises some impressive performance figures as well as some cosmetic and chassis enhancements. 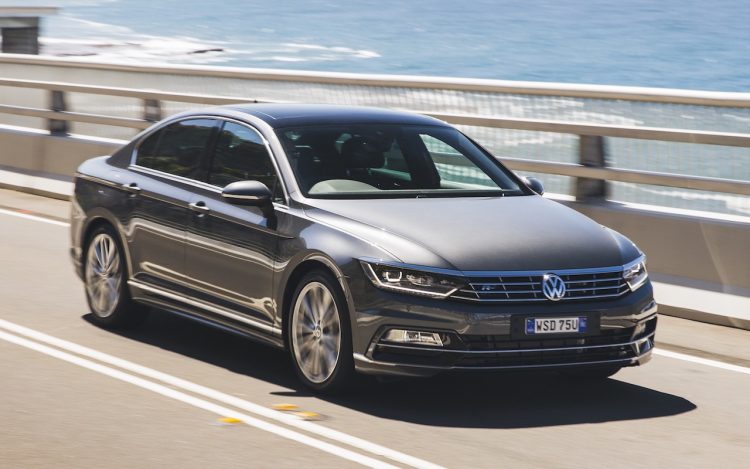 It’s powered by the same 2.0-litre turbocharged inline four as the Golf R and Skoda Superb 206TSI, producing 206kW and 350Nm of twist. All-wheel drive is standard as is a six-speed DSG dual-clutch gearbox.

It wasn’t that long ago when XR6 Turbo Falcons and SS Commodores were achieving these 0-100km/h figures, using much larger turbo six-cylinder and V8 engines. For a four-cylinder to be as quick is surely an achievement.

The 206TSI R-Line also features adaptive chassis control as standard, which is part of a $3400 Tech Pack in the Skoda Superb 206TSI sister car. The Skoda does have a cheaper entry price though, at $50,690.