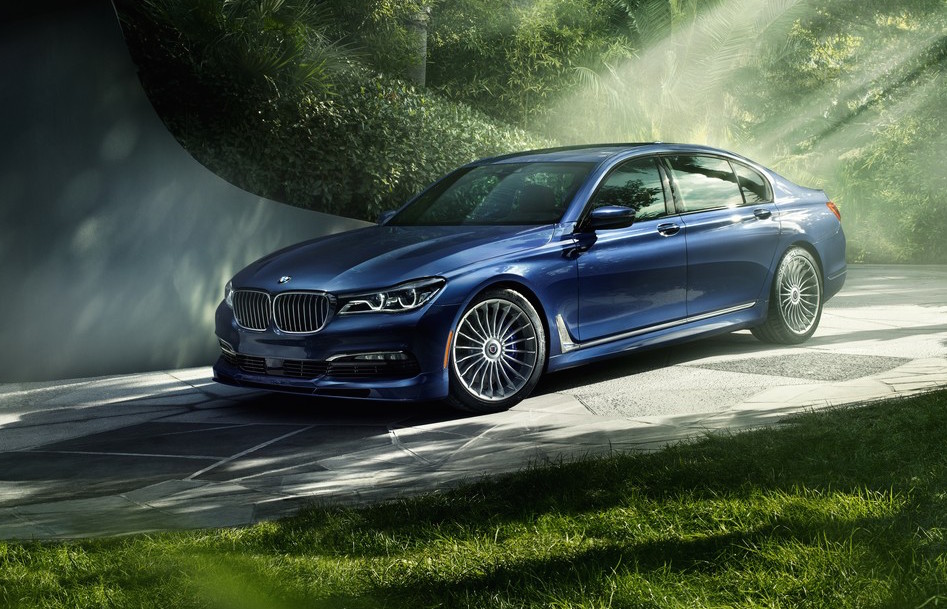 Following a smokey teaser video last month, Alpina has now unveiled the new B7 Bi-Turbo super-sedan, based on the new BMW 7 Series. 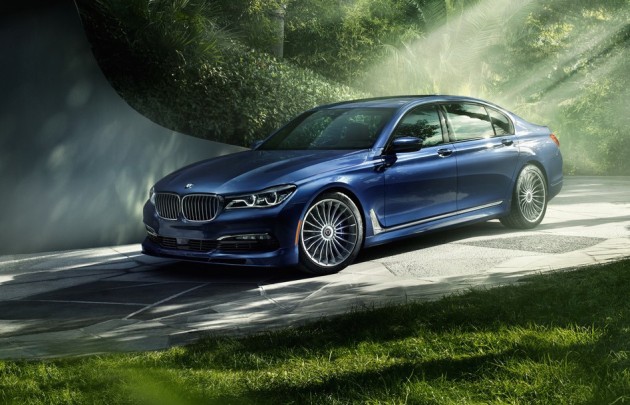 As a result of the colossal power, acceleration from 0-100km/h is taken care of in just 3.7 seconds, making it one of the very quickest large luxury sedans in the world. It also offers a top speed of 310km/h. This is also quicker than the M5 (4.2 seconds).

Part of this incredible performance is thanks to an all-wheel drive system underneath, matched to a ZF 8HP70 eight-speed automatic transmission. Even so, average fuel consumption is rated at 10.4L/100km, which seems very respectable for a large all-wheel drive sedan that weighs 2110kg (unladen).

Sticking to tradition, Alpina has given the 7 Series a subtle yet distinctive styling makeover. Alpina calls it a blend of “athletic flair and elegance”, featuring a unique bodykit with extensions for the front and rear, side skirts, and a svelte rear lip spoiler. 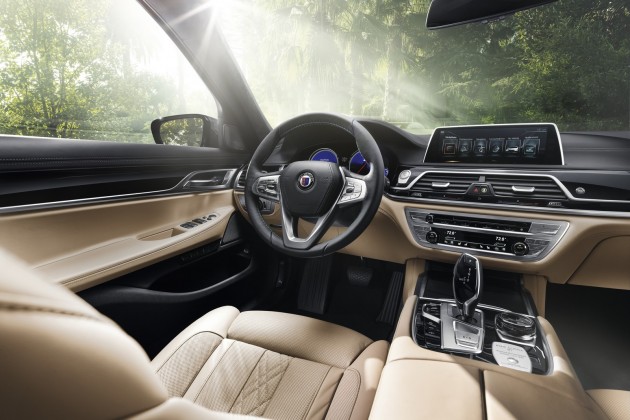 Inside, it’s a similar theme. Alpina has fitted its own unique gauge cluster for the driver, in dark blue, as well as created a bespoke steering wheel and centre console. Alpina offers exquisite Lavalina leathers and Myrtle Luxury wood trimmings for added class.

The new Alpina B7 Bi-Turbo is available in selected markets now as a brand-new vehicle. As previously reported, BMW Australia is considering introducing the brand locally but is yet to make a final decision. Let’s keep our fingers crossed.

InAlpina B7, Alpina B7 Bi-Turbo