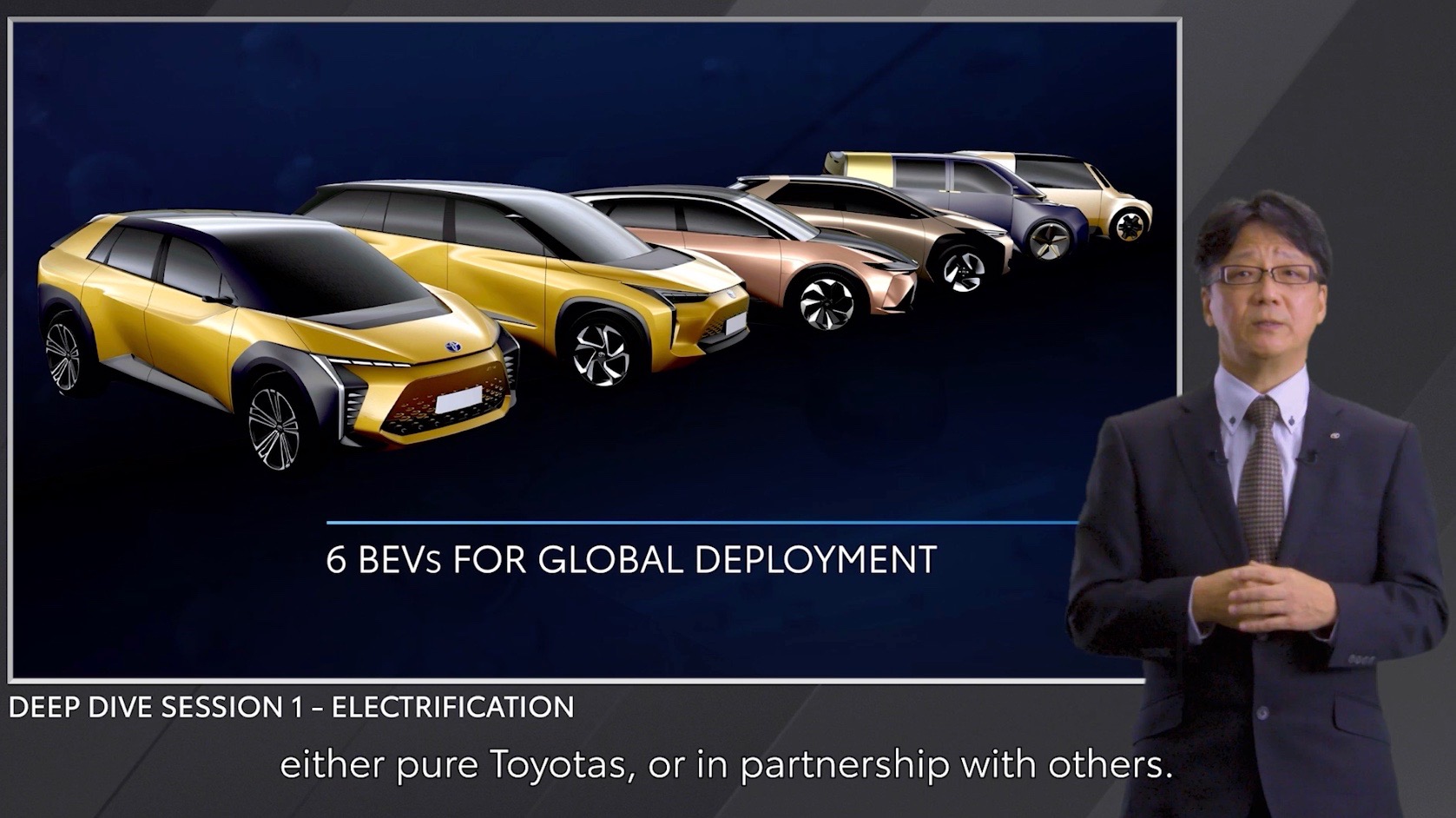 Toyota will soon be taking its electrification technology to a new level, this week confirming it is planning a range of all-new fully electric models, starting with a mid-size SUV. These will all be based on the company’s upcoming e-TNGA platform. 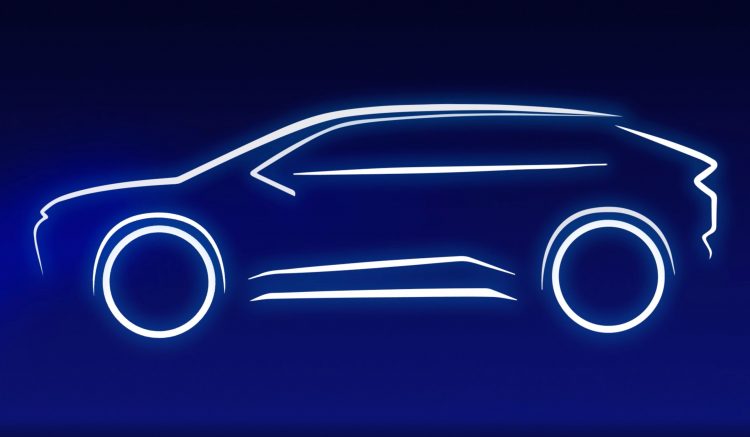 Only this silhouette sketch has been released (above) so far on the first model, but Toyota says it will be a mid-size SUV, with more information to be released in the “coming months”. Being a mid-sizer means it could present a similar set of dimensions as the very popular RAV4.

The e-TNGA platform will underpin a range of fully electric Toyota vehicles in the future. In fact, Toyota says the adaptable platform supports front-, all- and rear-wheel drive layouts, and facilitates a range of battery sizes, while supporting variances in exterior dimensions.

Judging by the video slide below, taken from an official Toyota presentation, there looks to be a compact SUV in the works, a large SUV, and even an electric minivan or two. The middle car (bronze coloured) has Lexus written all over it in our opinion, with evidence of its signature headlight design. 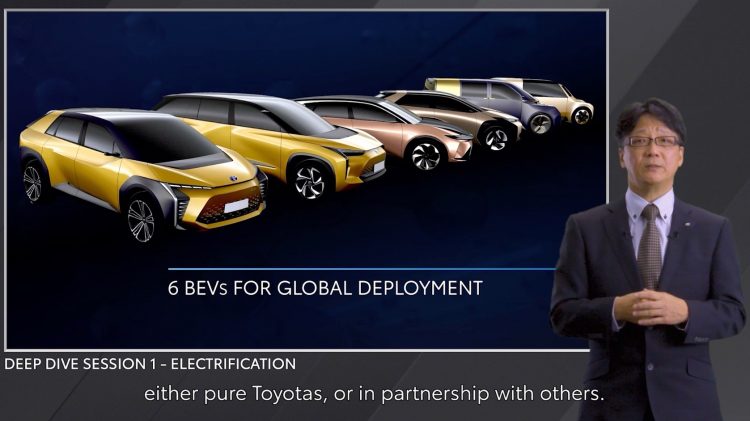 As for the first model, Toyota is yet to reveal the name but it is likely to adopt a completely separate badge than any existing model. For example, it is not expected to be called a ‘RAV4 Electric’, or some variation. Speaking about the plan, Koji Toyoshima, deputy chief officer at Toyota’s ZEV factory, said:

“Toyota will shortly take the next step in the rollout of its forthcoming battery-electric portfolio by first previewing an all-new mid-sized SUV in the coming months. The versatility and flexibility of e-TNGA technology allows us to design and create vehicles that are not just battery-electric, but also exciting to drive and beautiful to look at.”

Production will take place at the ZEV facility in Japan, with market availability set for Europe, at least initially. However, Toyota says the six vehicles are being planned for “global deployment”.