BMW has been spotted testing a prototype version of the upcoming 2013 BMW M135i hatch. The new model is expected to go on sale in international markets later this year. 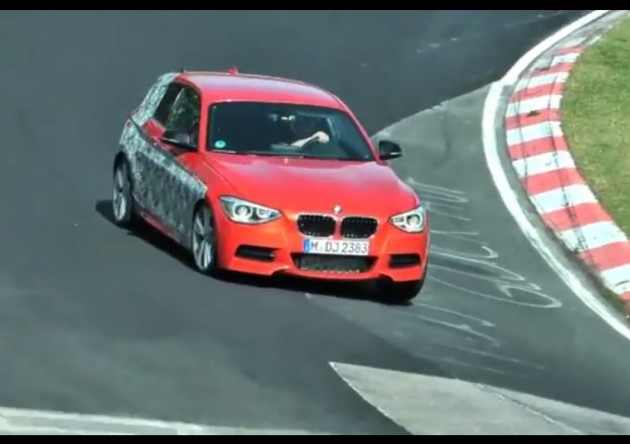 Although nothing is official just yet, this prototype proves BMW and M Division are working on a performance version of the new hatch. Telltale signs include twin exhaust outlets at the back, and a muscular front bumper bar with a deep chin intake.

Under the bonnet, the 2013 BMW M135i is likely to be powered by the 3.0-litre TwinPower turbocharged straight-six engine. In the M135i concept version unveiled earlier this year, power was pitched to be “more than 300hp” (224kW).

Like the concept version, this prototype appears to be in three-door form.

Click play on the video below to see how it goes on the track.