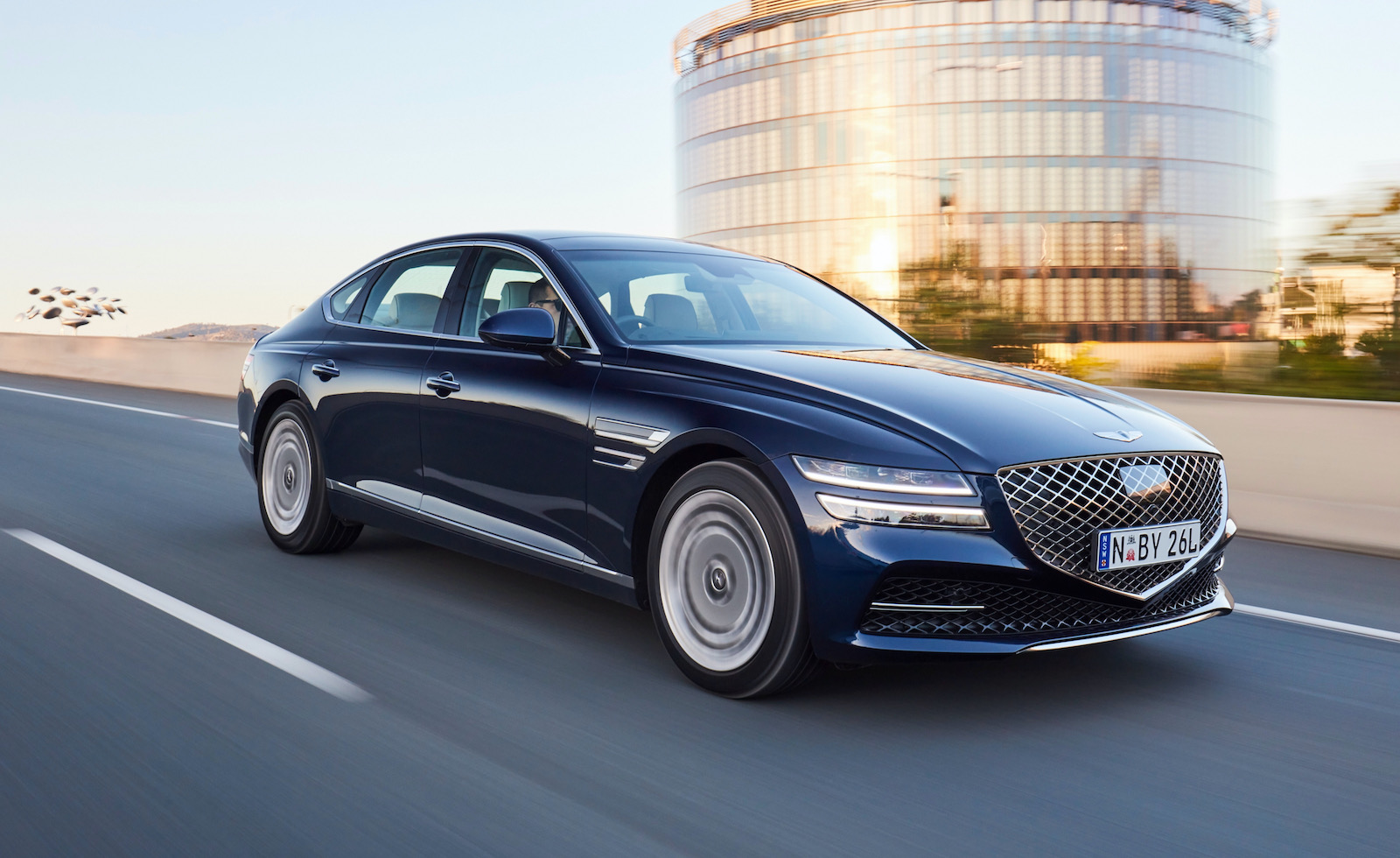 A diesel option, called D2.2, has been added to the 2021 Genesis G80 large luxury sedan range in Australia, coming in as the most fuel efficient variant in the lineup. 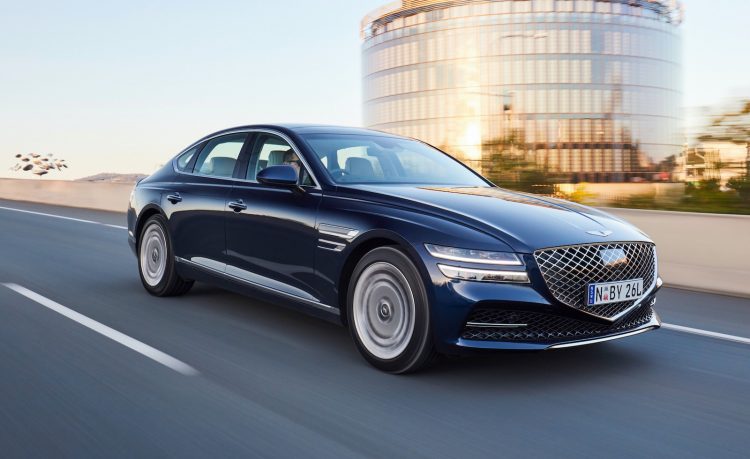 The new D2.2 option announced today comprises of a 2.2-litre turbo-diesel four-cylinder engine, producing 154kW at 3800rpm, and a meaty 442Nm between 1750-2750rpm. This is sent through an eight-speed auto transmission and into a rear-wheel drive system.

Fuel consumption is stamped at just 6.6L/100km, and it’s capable of running on B7 diesel. The engine meets the oldish Euro 5 emissions regulations and features a Selective Catalytic Reduction System (SCR), with AdBlue. Genesis says AdBlue is topped up as part of the complimentary scheduled servicing plan. 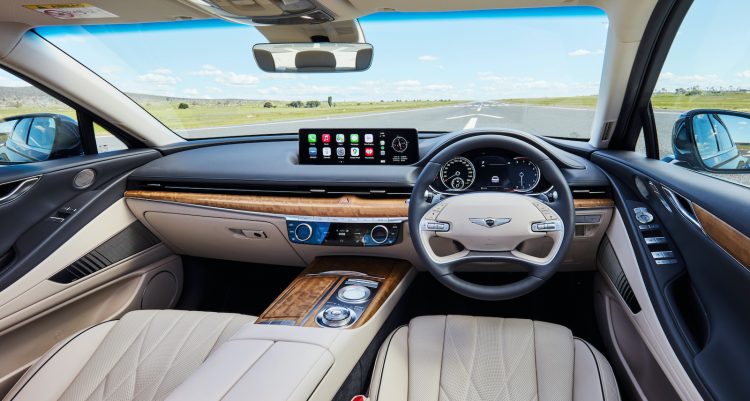 Aside from the new engine, the 2021 Genesis G80 D2.2 showcases a revised rear bumper bar with hidden exhaust tips, and displays some new chrome highlights. Buyers can opt for either the standard or Luxury Package, both of which are equivalent to the 2.5T model. All exterior and interior colour combinations available to other G80 models are available to the D2.2 as well.

The new variant is on sale now priced from the following (excluding on-road costs). All models are covered by Genesis’s extensive five-year/unlimited kilometre warranty plan, with five years free scheduled servicing (up to 50,000km, or 75,000km for the D2.2), five years 24/7 roadside assistance, and five years Genesis-to-you concierge and courtesy vehicle offerings.