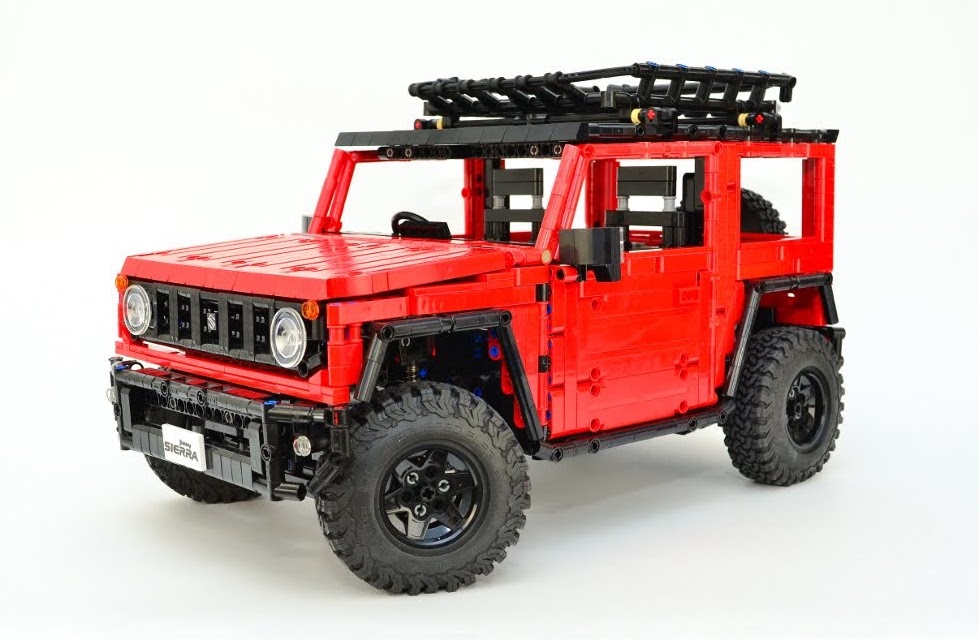 If you’re a fan of the new Suzuki Jimny (and you should be) then you’ll probably love this. An avid Lego builder and obviously Jimny fan has created a blocktastic little 1:10 scale version using Lego Technic pieces. 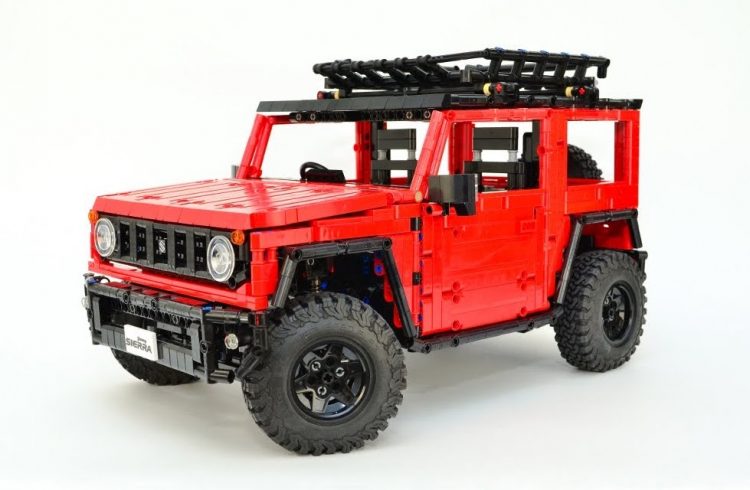 The Lego Suzuki Jimny uses a BuWizz brick electric system with 2L motors and a servo motor for the steering, with a V2 receiver from Lego Power Functions giving it remote control driveability. It’s all controlled via the BuWizz app using a smartphone or tablet.

What we love most about the project is just how much detail is involved. You have the iconic boxy shape, especially at the back, with the new-look front grille and circular headlights at the front, and even black wheel arch surrounds and a contrast black roof. 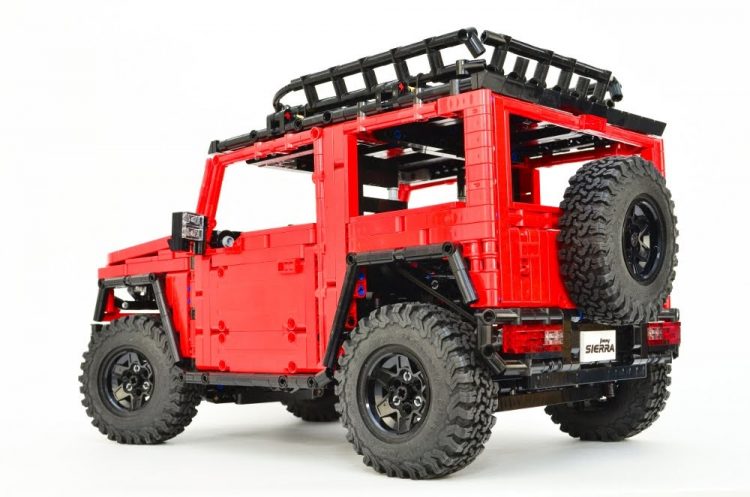 It doesn’t stop with the exterior, either. The builder has gone all out on the interior, complete with a central top-mounted touch-screen, circular air vents for the slab-like dash, and a side-hinged tailgate at the back with the spare wheel mounted in the middle.

Speaking of the wheels, the builder decided to go with aftermarket-style DC Chequered Flag All-Terrain T/A tyres, which are said to be a copy of the real-life BF Goodrich T/A KO2 tyres. These are mounted on black six-spoke off-road-style wheels. 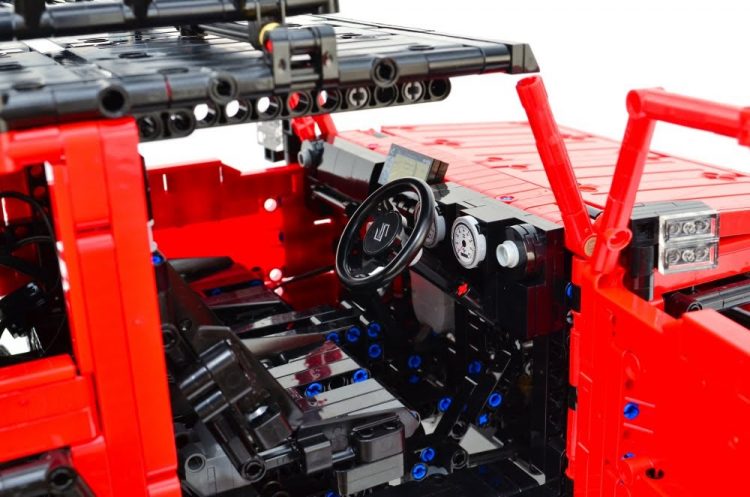 According to the specs, the build is modular, with the body and chassis made as two separate parts that are connected at six points. There’s also solid axles front and rear, and a constant ‘diff lock’ for the drive system.

Pretty cool, huh? The builder has created a full instruction kit for the build, available for a small price, so you can make your very own Lego Suzuki Jimny. Head over to project blog here for more details and instructions on how to build it, and check out the video below for an overview.