Chevrolet has put together a neat little video showcasing the new Chevrolet Camaro ZL1 and its recent achievement of braking into the 11-second quarter mile range. 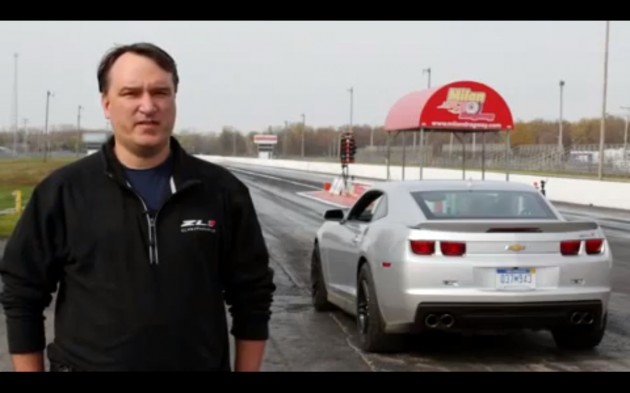 Sprinting the track in completely standard form, the ZL1 managed a best time of 11.93 seconds at 186km/h for the auto, and 11.96 for the manual. This is a very quick time for a factory car, let alone a large sedan-based vehicle with four seats. It’s also very quick for a rear-wheel drive.

Chevrolet says that it has developed the ZL1 with drag radials in mind, ensuring that the drivetrain and components are up to the demand of regular drag racing loads. Check out the video below for more interesting info surrounding the development of the ZL1.

The Camaro ZL1 is powered by a 6.2-litre supercharged V8 producing 432kW of power and 754Nm of torque. It’ll be available with a six-speed manual, or a six-speed TapShift automatic. Acceleration from 0-100km/h is possible in 4.0 seconds, or 3.9 seconds in TapShift form.